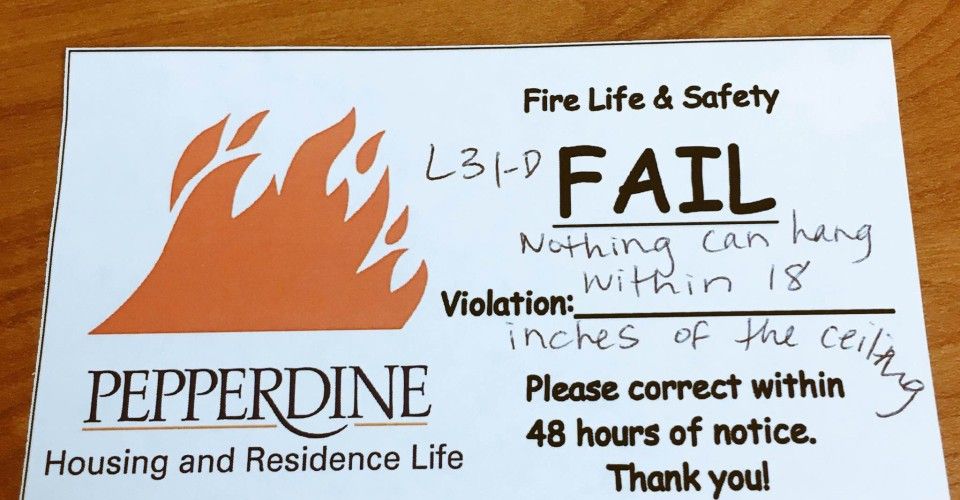 Fire, Life and Safety Inspections occurred this past week for George Page, Lovernich and Drescher residence halls. LA County requires that Pepperdine conducts these inspections throughout the year and includes academic and residential areas on campus, according to Associate Director of Housing Luke Bost.

“The inspections within students rooms are done once a semester,” Bost wrote in an email. “The main purpose is to make sure that students’ living areas are free of fire, life and safety issues.”

Bost wrote that the LA County Fire Marshall, Department of Public Service, Housing and Residence Life, and Department of Facilities Services inspected the rooms to make sure living areas were in order, fire safety codes were met and to take note of what maintenance needed to be done.

Senior Brian Choo lives in George Page with three other housemates. Choo said he received an email a week before their inspection and said it was very general about keeping areas clean and making sure that walls are less than 20 percent covered.

According to an email sent to Drescher residents, checks would be made to smoke detectors, carbon monoxide detectors, fire sprinklers and that light fixtures were not being obstructed and that “only 20% of every wall is used for decorations.”

The email also reminded students to “please make sure to clean these areas in advance of our inspection.” The stove, kitchen counter and floors, toilet and the surrounding areas, and bathroom mirror, sinks, and countertops were some of the items listed.

As their inspection date approached, Choo said he received another email and a paper notice on their door.

After their inspection, which he said he wasn’t in the room for, Choo said that there was a paper posted on the inside of their door which stated they got marked off on their bathroom being dirty and for having too many pictures on their walls.

Choo said they were told too much stuff was on their walls and that after a discussion with Assistant Resident Director for Page Apartments Hilary Stump, they were told it was fine.

Pepperdine explains fire safety as well as other procedures on their website under Student Policies for Student Housing and Residence Life.

According to the website, “Residents may not cover their walls with material that will create a fire hazard, such as cardboard or cloth. Decorations or posters may cover up to 10% of each wall.”

Regarding hanging and fastening items to walls, small tack nails or hooks are only allowed to hang pictures or other items.

Bost wrote that many of the fire hazard policies are general and broad because policies may change mid-year depending on the current Fire Marshall.

“The statement regarding 19 percent of each wall focuses on the entire wall, ceiling to floor,” Bost wrote.

Junior and Lovernich resident Jacob Nakamura, said he received an email with a range of days room inspections may take place.

“I cleaned where they told us to and we took down some Christmas lights but that’s all that we did to prepare,” Nakamura said.

Nakamura said he doesn’t know when his room inspection was, but he noticed that a facility maintenance worker came by and said that he was there to work on maintenance orders he had received. He received no indication if he passed or failed inspection.

“I have no idea who put the maintenance orders in so I assume it was from the inspections,” Nakamura said. “He said something about our bathroom fans, which I didn’t know we had, and it’s still the same. Doesn’t work still.”

Bost wrote that Facilities Services inspect the rooms to submit works orders that may go unnoticed.

“Many students go throughout the year without submitting work orders for their own room/apartment,” Bost wrote.

Bost wrote that many students do not pay close attention to the policies so during inspections, it is the university officials job to provide insight or clarification.

Outlined within the wall coverage policy is information regarding buildings that do and do not have fire sprinklers, Bost wrote.

There is no indication of these 18 inch rules on the Student Housing and Residence Life Policies on the Pepperdine website. Under Fire Equipment, explanation of fire-fighting equipment and alarm systems in buildings, consequences for tampering or hanging items from sprinkler heads, smoke heads or other equipment is explained.

Junior Morgan Buhler lives in Drescher apartments and she said she and her housemates passed their inspection.

Buhler said there was a slip of paper on the outside of their door stating, ‘you passed.’

Buhler said she is aware of the rules in the student handbook and the housing contract and remembers talking about them during NSO her freshman year.

When asked about her opinion on the inspections, Buhler said the instructions for cleanliness seemed excessive and passive aggressive in the email.

“I understand you want to keep things clean,” Buhler said. “But it felt like mom’s coming in to check on how you did.”

Buhler said she thinks the fire safety was more of an afterthought.

“I think they were grouping it together like we are going to check these things to make sure it’s safe,” Buhler said. “But with all of that, common sense, clean those areas, but listing every single thing to clean along with that, made all of the fire safety stuff not important.” 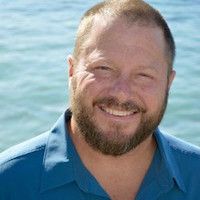