This album is a mind-blower. That is the best way to describe this piece of art that encapsulates loud volume, head banging lyrics, body shaking beats and vocals that can make minds explode. 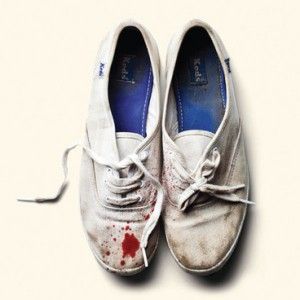 Duo Derek Miller and Alexis Krauss are the beauty and beast behind Sleigh Bells. The pair met and formed the band in 2008, and no sooner released their self-titled EP, gaining fame almost immediately. After signing with N.E.E.T., who is behind M.I.A., Sleigh Bells switched over to being with Mom+Pop Music and have remained there ever since.

In 2010, Sleigh Bells release their first full-length album “Treats” and performed at Goldenvoice’s Coachella Valley Music and Arts festival that same year. The band continued rising in the charts, gaining publicity by having their songs on shows such as “Gossip Girl” and “Skins” as well as multiple commercials.

Sleigh Bells began tracking new songs for their sophomore album in June 2011, claiming that fans would have to wait until early 2012 to hear the new masterpieces.

However, on Dec. 2, 2011 a Vimeo video created by Sleigh Bells surfaced on the band’s website showcasing a teaser trailer for their new album revealing that the new album would be titled “Reign of Terror.”
Two weeks later, the first single “Born to Lose” was released.

“Reign of Terror” gets listeners jolted immediately with the first track “True Shred Guitar.” The moniker of the song fits the opener more than perfectly. Paired with the true shredding is demon-sounding marching band style percussion and an Avril Lavigne-esque rock voice. The song is not only exciting and intriguing, but defines what lies ahead in the following 10 songs.

The single of the album, “Born to Lose” is a rant-sounding track with powerful beats and electronic based background sounds. Krauss’ voice is ethereal on this track paired against what sounds like a choir of disgruntled teenagers. The song is nothing short of extremely depressing with the opening lyrics “Heard you say suicide in your sleep/ Just get on with it you were born to lose/ Will you hang like the moon from a rope in your room/ Oh you long for it, you were born to lose.”

From deep and dark, Sleigh Bells enters into a pop punk song titled “Crush” where Krauss repeats over and over that she “got a crush on you.”

Some may be disgruntled by the abrupt change in song topics, but others agree that it keeps listeners on their toes and makes the album applicable to a wide-range of fans.

Released early on Spotify as well as through a Vimeo video, “Comeback Kid” is a song that keeps listeners dancing in their pants and pumped on the music flowing through their speakers.
With the progression of songs on the LP, Sleigh Bells dominates on every single track.

This album is the opposite of a sophomore slump for such a new band. Sleigh Bells slays beats and shreds guitars from beginning to end on “Reign of Terror.”