Recommendations for your bookshelf 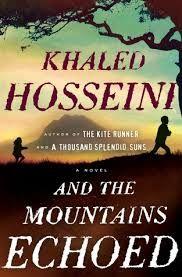 Tired of textbooks? Try adding some of these bestsellers to your reading list to make for a great escape from studying or a casual perusal between classes.

“And The Mountains Echoed” by Khaled Hosseini

The No. 1 New York Times bestselling author of “The Kite Runner” and “A Thousand Splendid Suns,” Khaled Hosseini returns with a new novel that explores love, family relationships and the intersection of the past and present. “And The Mountains Echoed” hit the shelves in May and has been at the top of many bestselling lists ever since. The novel takes place through several generations and spans geographically from Afghanistan to Europe and the United States. The story is centered around the lives and travels of two central characters, Abdullah and his younger sister, Pari. Throughout the novel, the characters come to define themselves by their experiences and the choices they have made over the years, while still trying to cling to their past in Afghanistan — and each other.

“The Cuckoo’s Calling” by Robert galbraith

“The Cuckoo’s Calling,” which came out in April, is a mystery novel by author J.K. Rowling, published under the pseudonym Robert Galbraith. This classic detective story finds private Cormoran Strike struggling to get his life and career back in order after loosing a leg in Afganistan. His world is completely changed when he meets John Bristow, who asks him to investigate the alleged suicide of his supermodel sister. Soon, Strike finds himself deeply embedded in the sensuous and exciting world of supermodels, rock-stars, millionaires and, of course, murder.

Stephen King revisits his most popular novel, “The Shining,” with this new novel about Dan Torrance and the young girl, Abra Stone, he is trying to save from murderous paranormals. Abra’s gift, which is the brightest shining Torrance has ever seen, forces the main character to battle his own demons and confront his past in order to take part in the fight to save her soul.

“The Little Black Book of Chanel” by Emma Baxter-Wright

Emma Baxter-Wright chronicles the life and work of Coco Chanel, one of the most influential designers in history, in her new biography on the legend. The book gives a detailed account of Chanel’s life — from her impoverished childhood to her world-renowned success as an international designer. She also includes extensive commentary on the evolution and innovation of the Chanel style by highlighting the stories behind some of her most influential designs. There is also an abundance of design, fashion and runway photography to accompany the words, adding an extra tribute to the fashion icon.

Food Network Star and No. 1 New York Times bestselling author Ree Drummond puts together a new collection of recipes and photos that are perfect for spicing up any holiday. Drummond’s witty remarks and sense of humor pervade her explanations, making this one-of-a-kind cookbook both helpful and humorous. Some of her unique holiday-inspired recipes include a Resolution Smoothie for New Years, whiskey sliders and Dr Pepper cupcakes for Super Bowl Sunday and crunchy popcorn balls for Halloween. For Christmas, Drummond takes the stress off of trying to find the perfect gift with recipes for Caramel Apple Rolls, Christmas Rum Cake and every cookie you could imagine under the tree — all able to be boxed up, wrapped and ready to go for Christmas Day.

Staff Editorial: Recruitment marks one way to get involved 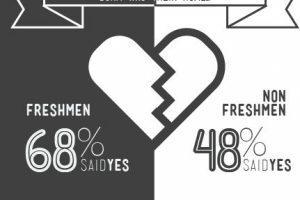 Art by Alexander Hayes Debell, Miller, Banowsky, Peppers — is a dorm really a home away from home or is it just what...
Copyright 2013 Jupiter Premium Magazine Theme
Back to top