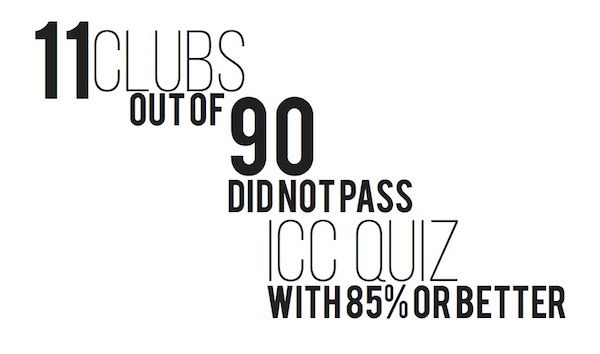 More than 12 percent of campus clubs have been ineligible to receive money from ICC’s general fund this semester through Inter-Club Council (ICC). Eleven of the 90 recognized student clubs did not pass a quiz that ICC implemented this year for ICC funding, ICC Graduate Adviser Josh Ramirez wrote in an email.

At the beginning of the school year, ICC required two student representatives from each campus club and organization to attend Leadcon, a training session in which ICC’s new policies and procedures were explained. Club representatives were then given two chances to pass a quiz on the Leadcon material. The clubs that did not pass the quiz with a score of at least 85 percent will be given another opportunity to attend a workshop at the beginning of the spring semester, according to Ramirez. If they attend, club representatives will be given a chance to retake the quiz and have access to all of ICC’s funds, Ramirez wrote.

Vice President of Model United Nations Caleb Perkins said he thinks it is unfair of ICC to deny clubs funding when they do not receive 85 percent on the Leadcon quiz.

“I understand the idea behind taking the quiz for ICC funding, but I do no think it was a very well thought out plan,” Perkins said. “A significant portion of the information did not pertain to the club I represented.”

Clubs that did not pass the quiz “were welcomed to discuss their quiz results and the subsequent ramifications of not having passed it with ICC,” Ramirez wrote.

The grant proposal includes questions about how the proposed event would contribute to the mission of Pepperdine and how the event will benefit the intellect and character of students.

International Justice Mission President Eugenia Ji took the quiz for her club, and said the quiz was more difficult than she thought it would be because of all of ICC’s policies that had to be memorized.

“I know it was from good intentions that the quizzes would replace monthly meetings, but I actually prefer the meetings over the quiz,” Ji said.

While some students did not like the idea of having to pass quiz to receive funds from ICC, there are some students who have said they do like having the quiz instead of meetings. Ramirez said the quiz eliminated the need for time-consuming ICC general body meetings each month.

“I thought it was a good way for having students in clubs be aware of the process for everything that ICC has to go through and the steps we must do in order to get things done,” Yi said.

At the end of the school year, ICC will also hold a meeting where this year’s club representatives will have the option to attend and discuss any concerns or changes that they feel can improve ICC, including discussion about the quiz, Ramirez wrote. 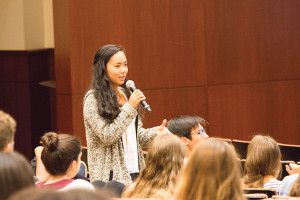