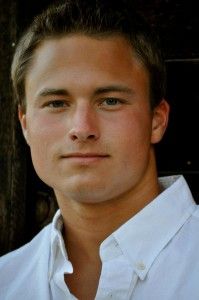 Freshman year can be a busy time for students; new student Paul Bommarito experienced the chaos while he was in the process of completing the Live Your Life American Eagle  competition.

Q: What kind of competition were you involved in?

A: I was involved in an American Eagle modeling contest that started six weeks ago. Two of my friends entered me into the contest with four pictures, and I wrote a little bit about myself and from there I was judged during the first week to be a finalist, so I skipped two weeks of judging because the American Eagle judges decided that I was what they were looking for to go to the final round. I was then in the final round of judging and was determined to be a winner for my category. I was awarded a $2,500 check, my face will be on the American Eagle billboard in Times Square for a period of time, and I am given the opportunity, depending on whether or not they can use me in their next campaign, to fly out to wherever they would want me to go, and they will take pictures and let me know if they can use me in their spring campaign for 2013.

Q: What was your modeling experience before this competition?

A: My modeling experience was nothing.

Q: Where are you planning on going with it in the future?

Q: What do you plan on going into otherwise?

A: I plan on starting a business that facilitates the needs of families and adults and kids for counseling in all aspects of their lives: marriage counseling, life counseling, financial aid, anything that people would have obstacles or problems with that they can come and get advice about.

Q: Did being a part of this competition and having this new “model” label put on you change any part of your life?

A: In a sense, initially, back before I moved for college, it wasn’t a big deal. It was just that my friends had entered me into it and I thought it was cool because I could use this as a way to get myself known. I would love to be able to get myself out there and for people to know that this man is a model but he is also a man of godly character and godly actions and wants to be different than what the world wants people to be. When I came to Pepperdine, initially it made my head bigger than I wanted it to be, and I think now after the first week I’ve prayed about it and my head has gone back down, and I just see it as another way to spread God’s word.

Q: In what kind of ways has this experience benefited you?

A: It has really shown me how the world can be completely judgmental of the outside appearance. I’ve seen how people who have true inner beauty can be completely overlooked in the world’s standards and it’s heartbreaking to see the way that the world has become where that beauty is no longer accepted or looked at in a good light.

Q: Since God seems to have been a huge part of the process for you, what was your spiritual growth like during the competition?

A: Initially, I did not think there was a chance that I was going to win or have any deep involvement with this. However, my friends’ support and drive to get me to do well in this competition was incredible. They wanted to see me do well and I realized that in any career like this that many believers going into it can easily be corrupted with the worldly views and can lose their focus on God very quickly and become very self-absorbed with the worldly image and with the status.  One thing that I knew I had to do before this competition got started and during the competition and after the competition was to continue to maintain that focus on God and that spiritual aspect or else I would lose myself in the process.

Q: What was your favorite part of the experience?

A: I think it was being able to see my mom’s reaction and how she was so proud to say that I was representing what I believed and that I was trying to show God in the way that I represented myself and how I went about trying to let people know about the competition. When I won, it was a great feeling to see her face when she smiled and screamed and was so proud that I had done what I did.

Q: Who was your greatest support system throughout the whole experience?

A: Without a doubt, my grandparents and my mom and my two best friends that were constantly reminding me to stay focused on God and to not let go of the fact that this is an amazing opportunity to use for the Kingdom and to cherish it and, if it was to be, that I would use it to the fullest potential God has for me.

Q: What do you plan on getting involved in here?

A: I am so grateful for Pepperdine and the opportunities presented me here. I am hoping that in my time here, I will be able to get heavily involved in a church community around here and that I will be able to dive into the campus life and into a community ministry that serves around the Malibu area and parts of the world. I hope that I will eventually be able to go to Buenos Aires and study abroad and be completely immersed in the Spanish culture and see a totally different lifestyle.

Q: If you could do the modeling competition again, would you?

A: Without a doubt, I would do it again. There is no doubt in my mind that God has a plan in everybody’s life and everything that happens is because of Him and His reasoning. I see that as an amazing opportunity to stand proud for His name and show the world a godly man.

Christopher Benton pleaded no contest on Sept. 7 to making threats against his father, Andrew K. Benton, and possessing a firearm...
Copyright 2013 Jupiter Premium Magazine Theme
Back to top