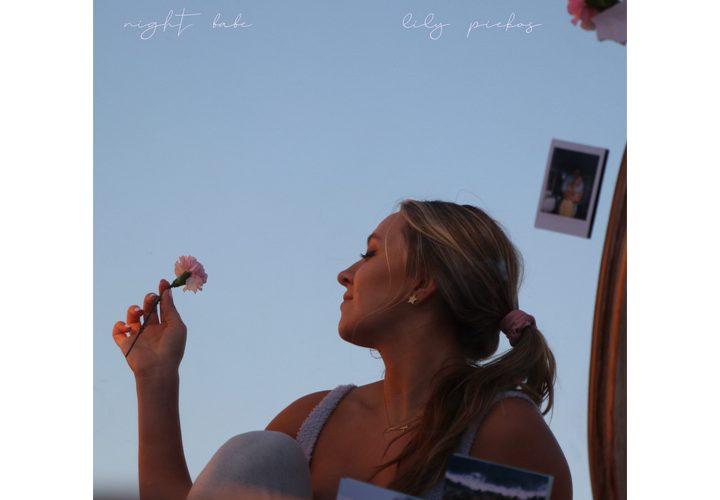 Senior Lily Piekos poses for the “night, babe” single cover in Pacific Palisades, CA, in November. Piekos released her second single on Jan. 8, and said “night, babe” is a song rooted in purity.

When senior Lily Piekos isn’t involved with her sorority Delta Gamma, directing worship at Celebration Chapel or singing for The Well, she’s collaborating with other artists, writing and releasing songs, and attending meetings with record labels. Piekos said she released two songs within the past six months, titled “night, babe” and “Superbloom.” She has two more songs in production, as well as her own website. Piekos sat down with the Graphic to explore how her faith has intersected with her passion for music.

Lily Piekos: I visited Pepperdine with my older brothers when they were looking at schools, and I just had this special excitement in my heart for it when I visited at that young age. From that point on, it never really left my heart. When I was looking for colleges, I was big into musical theater in high school, so I decided that I was only going to audition at NYU. After getting into NYU, I just had this feeling that I’d studied musical theater for a long time, and if at the end of the day if I’m supposed to go be a performer, God will make a way for that. Choosing Pepperdine was, in a way, me choosing to prioritize the Lord, and I truly believe that He would’ve shown up wherever I went, but I really desired a deep faith community of brothers and sisters and mentors. I think to this day that it’s the best decision I’ve ever made. 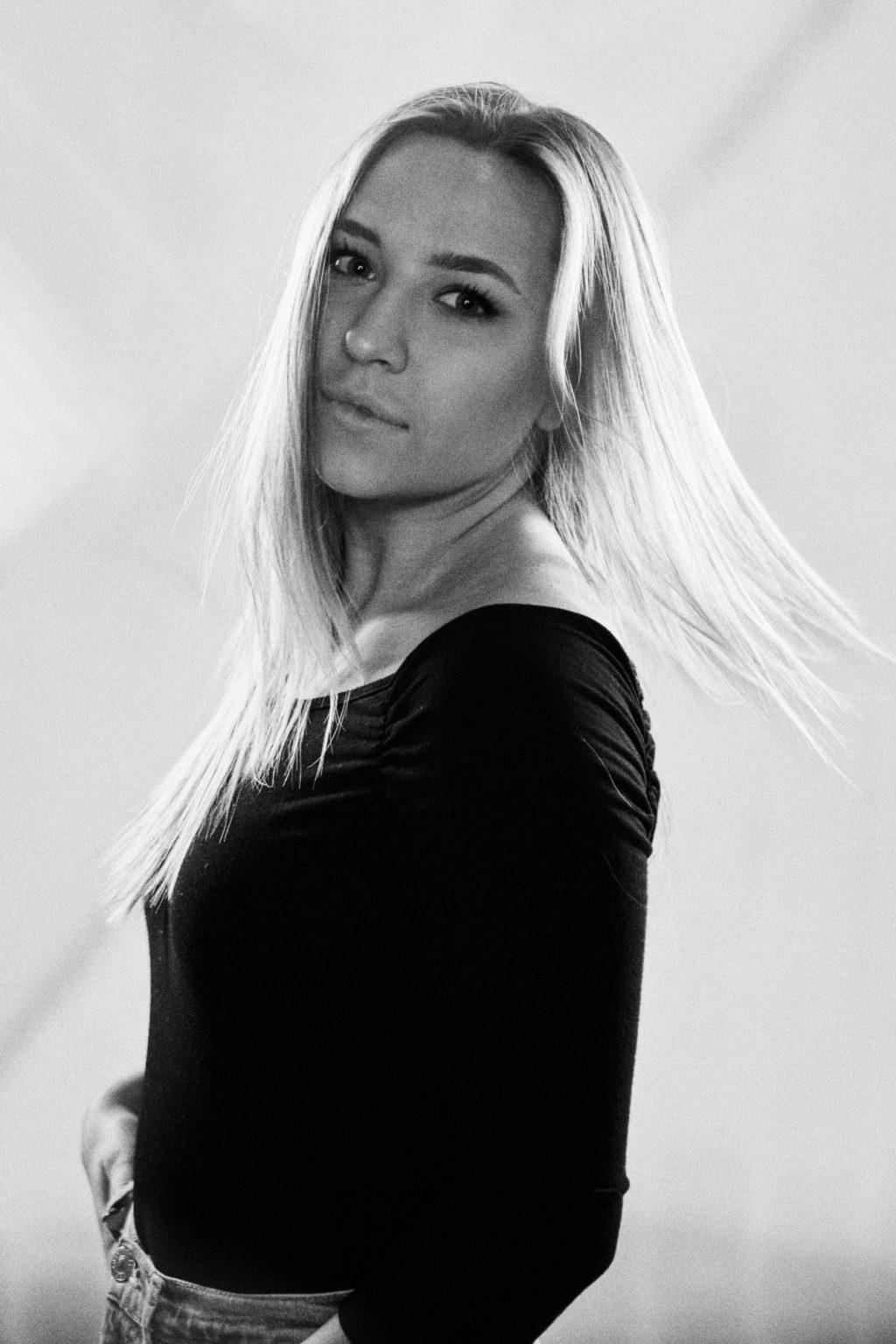 Piekos poses for photographer Jeremy Cowart in February, in Nashville, Tenn., where she completed her internship at Red Light Music Management. Piekos said she had a lot of different experiences leading her back to Nashville during her junior year.

How has your faith played into your journey with music?

LP: Growing up, because I did musical theater and choir, music was the main pathway for my heart to express. I just found so much joy and peace in that. It’s always been an innate desire; I love leading people. I love entertaining people and making people laugh and feel like they’re alive. When I was abroad, I found that I missed being creative and expressing things through music. I felt like I had put that part of me away in a box. I was like you know what, it’s time to dust that off and strengthen that muscle again. After abroad, I moved to Nashville to do an internship in the music industry. 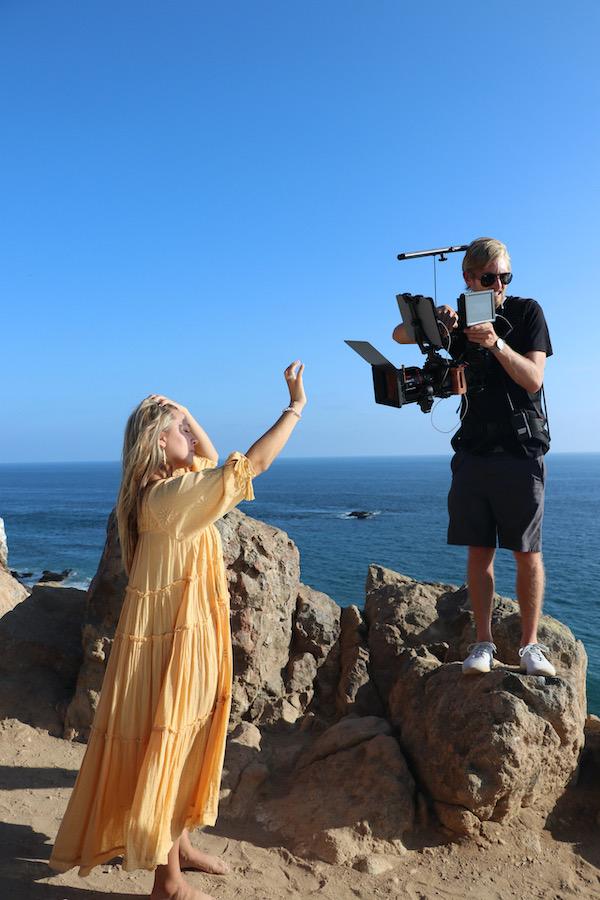 Piekos shoots the “Superbloom” music video in September at Point Dume in Malibu, CA. Piekos said her good friend Brooks Baxter, an alumnus who graduated in 2019, produced the video.

How did you produce your first song?

LP: I ended up being able to work with a Christian singer and her husband, who’s her producer, and they were in a season of wanting to lift up artists. They also loved that my voice sounded like Ariana Grande’s, so we made Superbloom. It’s like death to life and all things new. We decided we wanted it to have that kind of synth and pop sound, echoing Ariana but with my own spin on it. The four songs I’ve recorded so far are rooted in themes of my own faith, but anyone can listen and enjoy and hopefully feel the hope that it’s deeply rooted in.

Any advice for first-year students?

LP: Explore and run with your dreams! Pursue the insanely wonderful people and professors at Pepperdine that are here to love you! Enjoy, enjoy, enjoy. You have four years with the best people on earth. Surf with them, walk with them, explore with them, cook a meal for them and love them!

Pepperdine Women's Soccer returns to the field against rival UCLA

Film Review: ‘The Map of Tiny Perfect Things’ Draws the Audience in With a Time Loop Romance 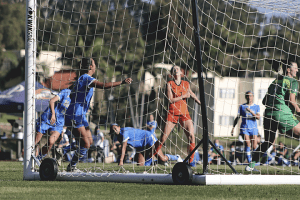 Pepperdine Women's Soccer returns to the field against rival UCLA

Freshman forward Victoria Romero (No. 7) throws her head back in exasperation after missing a second-half goal at Tari Frahm...
Copyright 2013 Jupiter Premium Magazine Theme
Back to top