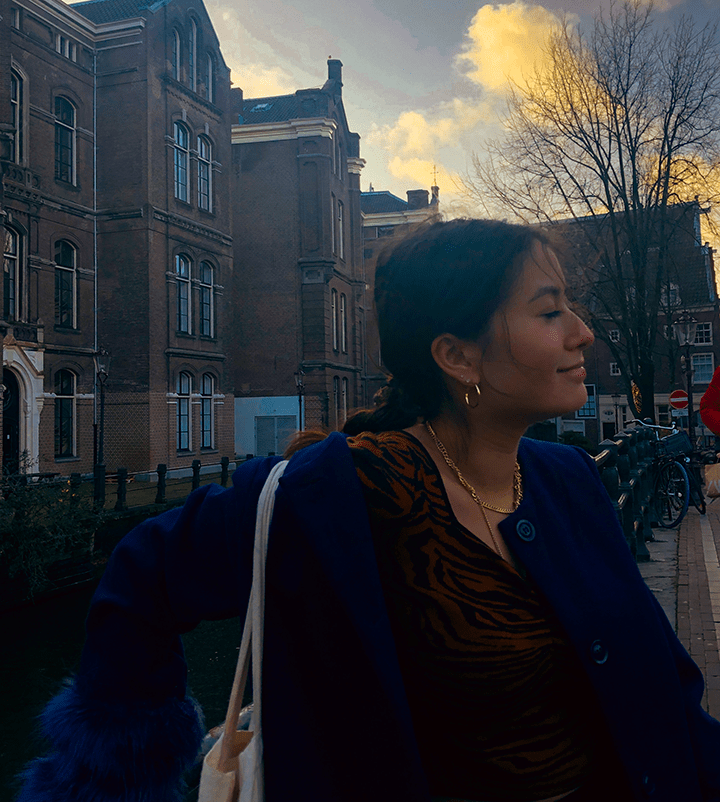 Senior Colette Faulkner can be frequently seen around campus with bright, eclectic outfits. With a passion for fashion, Faulkner said she hopes to pursue a career in the fashion industry after she graduates this spring. The Economics major sat down with the Graphic to talk about her Pepperdine experience just as she starts her final semester.

Can you describe the Pepperdine activities you have been involved in?

Colette Faulkner: I am the assistant director of Waves Debate. I’ve been on the team for three years. We compete in British Parliamentary debate. Basically there’s four teams, but there’s two sides. It’s a little complicated, but it’s fun. You have 15 minutes to prepare your speech, so you get your topic 15 minutes before the round and then it’s go-time.

Have you traveled internationally through Pepperdine?

CF: Yes, I did the Jordan program. It was amazing, I would highly recommend it. Through debate, we’ve gone to Oxford, Kazakhstan, South Africa and Amsterdam — Canada as well — so a nice, wide range. What’s nice is that when you’re at these tournaments, it’s not just only Europeans if you’re in Europe; it’s usually people from a bunch of different countries, so it’s always very much an international experience.

Was there a specific class or professor that especially stands out to you?

CF: Timothy Lucas. He’s amazing. He has a way with numbers.

What are some lessons you’ve learned from being at Pepperdine?

CF: From my professors, I’ve learned to like math. In high school I really hated it, but then I figured if I want to do economics, I’ve got to learn how to do math. I’ve learned how to become a woman in STEM. In high school, I thought I was going to be a lawyer … but I became an Economics major and I realized if I wanted to do economics, I would need a lot of math, so I added a Math minor and I said, ‘It’s time to take out my TI-84 and learn to like math.’ I learned to appreciate math in a different way. Now I actually tutor it, so I guess you could say I’m kind of good at it.

What do you hope to be doing post-graduation?

CF: Originally, I thought I wanted to get a PhD in economics. Now I want to go into fashion. I would like to be a buyer — it’s both analytical and creative.

Is there a certain section of the fashion industry you’re interested in?

CF: For a buyer, the ideal company you’d want to be with would be like a high-end department store, like a Saks. So I think that would be the long-term goal. Or with a sustainable brand, that would be cool.

How did you establish that fashion was what you wanted to focus on, as opposed to another part of the commercial industry?

CF: I was looking at job postings, and I was looking at mainly ones that relate to economics like finance, analyst positions, but I thought, ‘None of this speaks to me.’ Finance is kind of boring and terrible. So then I thought about what I actually enjoy but that I would have the skills to do but would also allow me to live, love and laugh. I said: fashion.

If there was one thing you could change about Pepperdine, what would you hope to change?

CF: It would be cool if we had AC in these dorms. Or if my sink didn’t fill with weird liquids.

How do you think Pepperdine as a university can improve moving forward into the future?

CF: I think Pepperdine does a pretty good job at ethnic diversity; if you walk around the campus, you see a lot of different faces. They could probably do a bit better at socio-economic diversity — you know, give out better scholarships.

Do you have any advice to younger students, possibly freshmen?

CF: I think my advice to freshmen would be to take time for yourself. Sometimes you don’t need to be around people constantly. Sometimes you just need you.

CF: Whole Foods Night, when I got the free oat milk. Pepperdine provides us with so many exciting opportunities to find new things, such as oat milk.