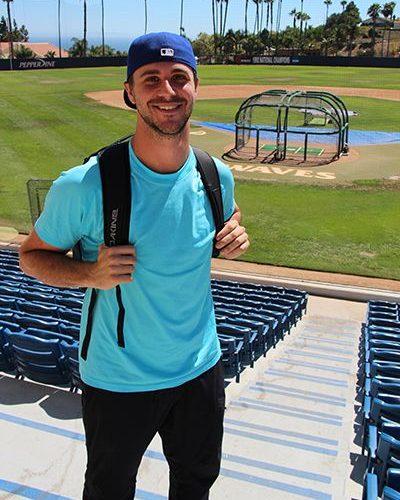 As children, nearly all athletes share the same dream of turning pro. No matter the sport, young athletes are coached to believe that practice makes perfect and that hard work will eventually pay off.

Succeeding in any sport at the professional level is a dream not often achieved, but former Pepperdine pitcher Adam Olbrychowski’s dream started becoming a reality in his junior year in 2007 when the New York Yankees selected him in the fifth round of the MLB draft.

Like most baseball players, Olbrychowski’s love for the game began at just 6 years old when he played Little League. His passion continued throughout his high school career at Cleveland High School in Los Angeles where he lettered all four years. Olbrychowski considered playing baseball at the University of Arizona, Arizona State, Santa Clara, USC and UCLA before eventually committing to Pepperdine.

Olbrychowski’s college career began in 2005 primarily working out of the Waves bullpen. He made 11 appearances, 10 of those appearances being in relief, and went 2-1 with an ERA of 4.15. The following year he appeared in 11 games, seven of which he was the starter, having gone 2-4 with a 1.10 ERA.

Olbrychowski’s role in game two of the 2006 West Coast Conference Championship Series against University of San Francisco allowed the Waves to take the victory 11-0. He tossed 1.1 innings and struck out three batters. Junior year was a pivotal time for Olbrychowski, who had a career high of 22 appearances for the season with a 5-3 record and 2.90 ERA.

Although Olbrychowski had a less than perfect start to his freshman and sophomore years, he felt that he was finally able to bring everything together his junior year and maintain the right mental fortitude to be consistent. His hard work ultimately resulted in being drafted by the New York Yankees that year.

Baseball Head Coach Steve Rodriguez discussed his time coaching Olbrychowski, describing him as “one of the brightest young men I have ever had on the baseball field. Off the field in academics I would say he is brilliant in a lot of different aspects. His mind thinks a little bit differently; he is very good at rationalizing and sees things for exactly how they are.”

He added that just after three years he saw Olbrychowski improve in all parts of his game.

“But this game will constantly make you keep improving yourself and your game. I’m not sure that ever changes, but it forces you to get better and mature. I’m glad he got to experience something many people only dream of doing,” Rodriguez said.

Olbrychowski signed with the Yankees a few weeks after being drafted and was sent to Staten Island where he played on a short season single-A team. But make no mistake, the life of a minor league baseball player is far from glamorous.

He made around $8,000 during the period of six months when he was in-season. About $1,200 of that salary went to clubhouse dues, while about $3,000 is necessary for the off-season baseball-specific training necessary to stay in shape while not on the field.

Needless to say, minor league players do not live a life of financial security and can be released by their teams at any time. Living 2,600 miles away from home was not easy for Olbrychowski, who described his first encounter with pro ball in the minor leagues as, “very individualistic. Two weeks in I wanted to quit, I snapped, and I couldn’t adjust, and I just didn’t really feel like I was myself.”

Aside from the individual pressure the players put on themselves to perform, the bond they share with one another is not like the relationship he established with his teammates back at Pepperdine.

He compared his minor league friendships to trench warfare, sharing that “it was hard to get close to people because no one knew how long we would be with a team. It was a very nomadic situation, and when season ends you usually go six months without speaking to a lot of them so at times it is all very inconsistent.”

In 2008, Olbrychowski played with the Charleston River Dogs, a low-A full season team, but was sidelined for six weeks with shoulder issues. In 2009, he moved to Tampa where he played at a high-A level, and was later promoted to AA Trenton Thunder in August.

In 2010 he returned to Tampa and was again promoted back to Trenton in July. In 2011 Olbrychowski was invited to major league spring training with the Yankees as a non-roster invite, only to be traded a week later to the Washington Nationals where he spent an entire season in a high-A league in Potomac. He was later sent to the Arizona fall league as a back up and was sent home a week later when he was no longer needed on the team. In 2012 he was with the Potomac Nationals and AA Harrisburg Senators beginning in August. Olbrychowski faced more injury in 2013, and was rehabbed in Florida and released of his contract in May.

Looking back at his time in the minor leagues, Olbrychowski understands that at this particular level of baseball, being mentally healthy is crucial to a player’s success. He says that 2012 was his toughest playing year, but it was best for his personal growth.

He describes himself as a “good clubhouse guy,” meaning that he mixed well with the other players and was able to unify the teams he played on. He dedicated a decade to the sport and views his decision to step out of it like riding into the sunset. Reflecting on his career, Olbrychowski admits that he regrets not being as serious or consistent during his time at Pepperdine, and struggles with memories of nostalgia, to which he will have to adjust, when looking at the field.

“I am very grateful to have to opportunity to return to Pepperdine,” Olbrychowski said. “I am a political science major and only have a little over a semester to complete.”

He offers encouraging words to Pepperdine athletes: “I am very approachable. If you see me on campus you can come up to me; it does not matter what sport you play.” He advises athletes to try to “not take anything too personally when you’re playing and focus on the betterment of yourself and growing as a person. Stick with it and prioritize what it is you really care about.”

Olbrychowski looks forward to his final semesters at Pepperdine, where he feels that he now has more insight into the world and that he will be able to apply himself more effectively than in his previous years at the university. 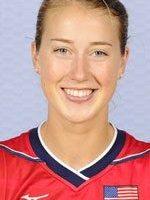 Photo Courtesy of Team USA A friend of alumnus Kim Hill (‘12) would know her favorite singer is Beyonce and her favorite...
Copyright 2013 Jupiter Premium Magazine Theme
Back to top