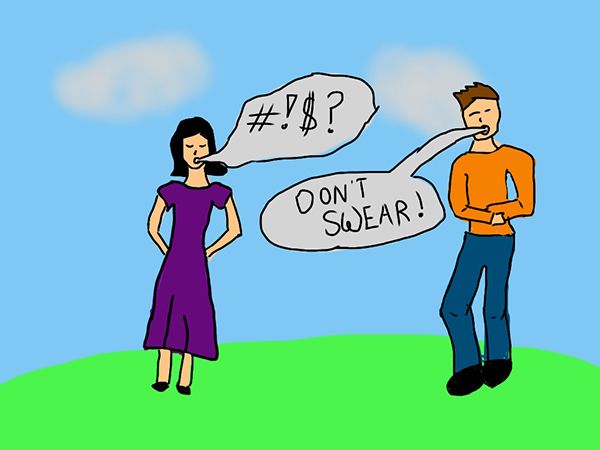 Let me begin by saying that before coming to Pepperdine, I rarely cursed. If I was really angry, I would drop an f-bomb or two, but other than that, I used euphemisms like “shiittake mushrooms” or “mother pack.” I found cursing to be wrong both morally and religiously, and was shocked and slightly turned off whenever any of my close friends would cuss.

However, something changed once I arrived at Pepperdine. Not only did I begin to cuss, but it became a regular occurrence. However, along with my cussing came the mini lectures from my well-meaning friends and family. In my time at Pepperdine, I have probably received every lecture known to man about my swearing; everything from “only people with low vocabulary curse” to “it’s a sign of low intelligence,” and the quintessential “God wouldn’t like that.”

There aren’t many arguments I have against the last one other than the fact that the Bible seems to condemn taking the Lord’s name in vain and saying negative things about individuals more so than actual curse words. But, that’s a whole other topic of conversation.

Now keep in mind that this isn’t some sort of PSA to convince the entire world — or at least the Pepperdine community — to start using vulgar language at all times possible. This is more of an explanation of cussing, and why it’s really not as bad as you may think.

Most of us have grown up knowing what curse words are, however, there is seemingly very little thought given to how and why these words are deemed “bad” by society. When I talk about curse words, you probably think about words such as f— or s—, however, in an interview on “The Takeaway,” according to John McWhorter, a linguistic professor from Columbia University, these traditional foul words seem to be on the out.

There was once a time when these words weren’t just bleeped out on television, but simply not mentioned at all. Nowadays, we’ve reached an age where these words are only half bleeped out, where we all know what the word is because it’s barely hidden, an era where the FCC has decided that certain uses of f— would be allowed on some television, a time period where every second, the seven words George Carlin said could never be on television are said 22 times. According to McWhorter, what is considered vulgar evolves. In the past, what was considered taboo were comments concerning religion, which gave rise to euphemisms like ZOUNDS! (originally meaning God’s wounds) and GADZOOKS! (originally meaning God’s hooks). Then we as a society began to feel that topics including sex and excrement were taboo. But now our language and society have moved onto considering language against specific groups a lot more scandalous. These groups could be racial or simply a group with a minority condition. This change makes sense: as sex, the supernatural, and disease become more familiar and easier to understand, they become more common, but words that were once common have become more and more unpleasant. Essentially, curse words are more of a societal decision than anything else, and as society changes, so do the words that are considered “bad.” I mean, there was a time when the fact that Clark Gable said “damn” in “Gone With the Wind” was considered a scandal, but that seems silly now. In the same way, sometime in the future we may feel that the fact that words such as b—- and s— were once considered scandalous is silly more than anything.

However, the fact that they’re a societal invention doesn’t mean that they haven’t affected us. Studies have shown that curse words seem to be found in the frontal cortex, which is linked to emotion, while normal language is found on the left side of the brain.

Perhaps due to its placement in our brain, a study by Richard Stephens of Keele University found that individuals who swore were able to keep their hands in buckets of ice water longer than those who used euphemisms. Quoted in an Elle article entitled “What the &%$@” by Monica Corcoran Harel, he says, “When they swore, they were better able to tolerate pain. Swearing increases the heart rate and sets off the body’s flight-or-fight response.”

In addition, a Psychology Today article by Dr. Neel Burton notes that swearing can give individuals a sense of power in a situation by boosting his or her self confidence, by showing themselves that they’re not helpless victims. In addition, the use of swear words often can help individuals get back at others without having to resort to violence. Instead of punching someone in the face, we may simply insult them with profanity.

As Katy Steinmetz discusses in her Time article “Nine Things You Probably Didn’t Know About Swear Words,” people don’t cuss because they have lazy minds. I can say from personal experience that some of the most eloquent and intelligent individuals I’ve met have also cussed like sailors. It’s all simply a matter of preference for them, preferring the effect of a cuss word over that of another word. They generally use these cuss words because they’re much better at getting at people’s emotions, they’re cathartic, and studies have even shown that cussing often helps individuals to bond.

At the end of the day, cursing is what you make of it. It’s all a societal construct, which doesn’t make it any less real, but it means that what we consider horrible now really won’t be all that bad in the future. Words only have as much power as you give them, and many times it seems silly that we worry so much over a few letters. Most of the time when people refuse to use profanity, it’s so those “dreaded words” don’t leave their lips. But when the intense feelings behind it are the same, the question remains of whether or not a couple of changed letters really make much of a difference. If you have the same emotions and intent behind saying dang it as you do for saying s—, then the only thing that really changes is the impact, and in my personal opinion, if you have to go for impact, I say go big or go home. 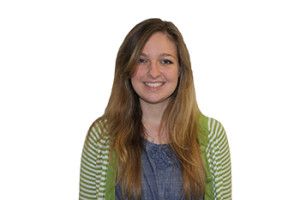 I hesitate to share my inside experiences with the Department of Public Safety, for fear that the Pepperdine community will...
Copyright 2013 Jupiter Premium Magazine Theme
Back to top