You can call it the final straw. It is part of a growing trend to clean up beaches and the ocean.

Malibu has already has a ban on plastic cups and utensils and come June 1st you can add straws to the list.

McDonalds will be only one of many Malibu restaurants forced to change their policies regarding straws.

The Malibu City Council voted unanimously on an ordinance that would ban the use and sale of plastic straws.

Plastic straws have been notorious for being a conservational hazard and the City now is taking stronger action on what has been killing our environment.

“Single-use plastic is a huge problem especially in coastal areas like California so anything that we can do to limit the amount of single use plastic is super important personally,” resident Eric Malden said.

Malden said he tries to limit the amount of plastic he uses so that it does not end up in the oceans and polluting sea life.

“You see all those viral videos with turtles with straws in their noses and stuff like that so anything we can do to limit the amount of plastic in the ocean is a step in the right direction,” he said.

Malden said he thinks single-use plastic should be banned entirely in the next two to five years. 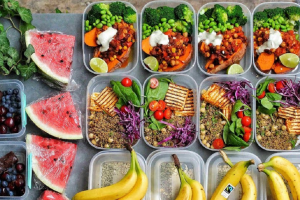 With increased dedication to environmental causes and personal health development, more people are embracing the vegan diet. “I...
Copyright 2013 Jupiter Premium Magazine Theme
Back to top