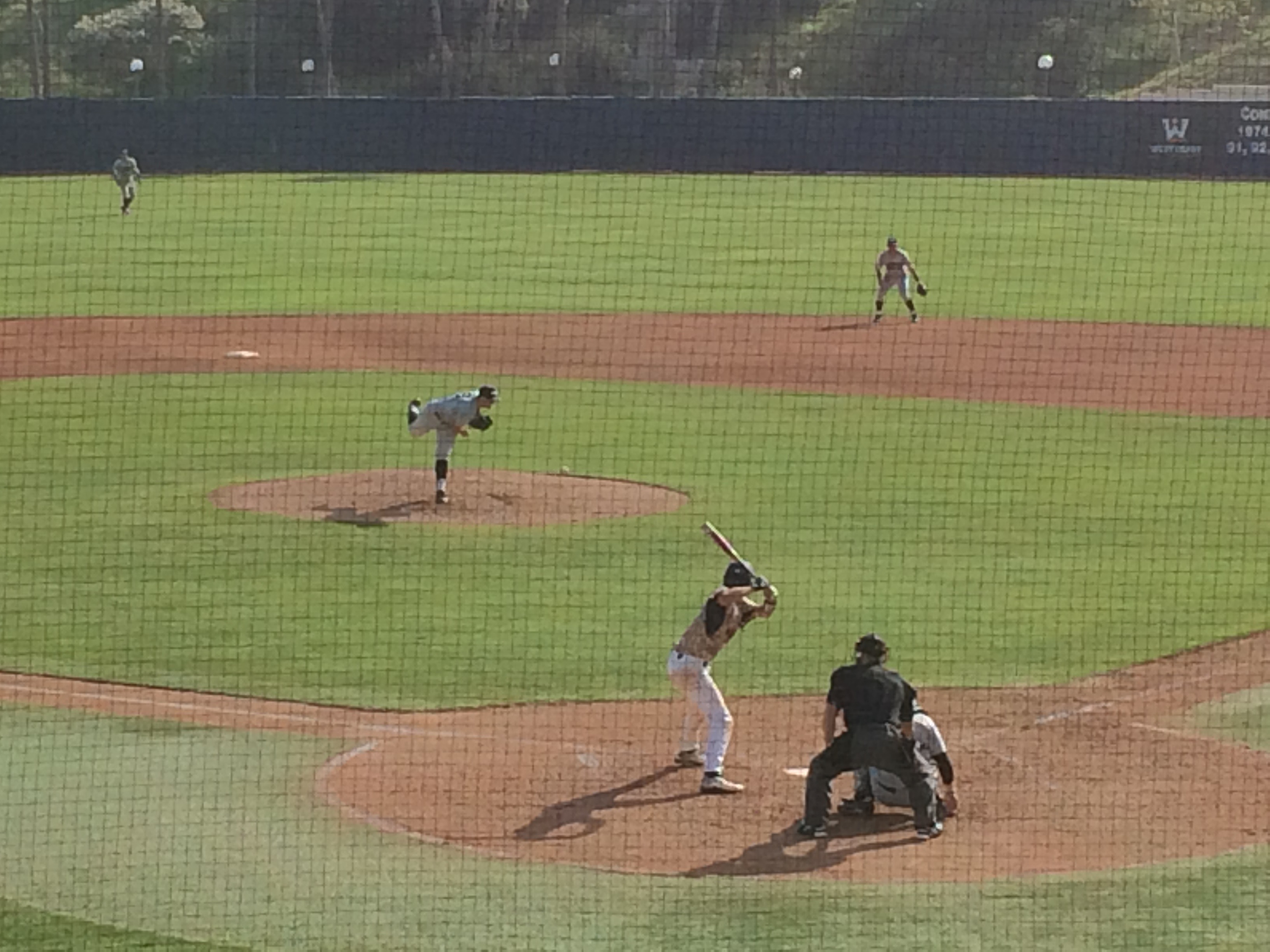 Pepperdine swept Grand Canyon University at home to move over .500 after capturing wins on Friday 1-0 and Sunday afternoon 7-2. The Waves starting pitching was outstanding over the weekend, as the starters threw 24.0 innings of work.

Despite the sweep over Grand Canyon, the Waves dropped a close game 2-1 to Long Beach State early Saturday. The Dirtbags then faced Grand Canyon at Eddy D. Field Stadium in a doubleheader, winning 9-1.

In the first matchup, Wilson threw nine innings of the game, surrendering only seven hits and no runs with five strikeouts. However, neither team was able to place a run on the scoreboard until the bottom of the 11th inning, as sophomore Saul Sandoval-Estrada worked a walk with two outs and stole second base to put the Waves in scoring position. With junior Nick Costello down in the count 1-2, Costello came up big with a walk-off single up the middle to bring home Sandoval-Estrada to win the ball game 1-0.

Costello was the only Wave to have multiple hits, going 2-for-5 at the plate to lead Pepperdine in the victory.

“For Nick [Costello] to come up with the hit, it was amazing,” Sandoval-Estrada said following the game. “We all had to trust our instincts and make the right play, but Nick made the biggest play when it came down to it.”

Following a thriller on Friday afternoon, the Waves hosted Long Beach State in the first game of a doubleheader at Eddy D. Field Stadium. Pepperdine struck first in the third inning when junior Josh Davis led the inning off with a single followed by a drawn walk by freshman Aharon Modlin.

Freshman Quincy McAfee advanced Davis to third base on a sacrifice bunt before senior Matt Gelalich hit a sacrifice fly to bring Davis home, making it 1-0. Junior Max Gamboa pitched eight innings for the Waves, giving up only seven hits, but allowed two runs to Long Beach State in the fifth inning off an RBI double and an RBI single in the eighth which would be the difference as the Waves fell 2-1.

“When you have two pitchers going far into a game, I think that is still a pretty solid outing,” Senior Catcher Aaron Barnett said. “However, it’s really about us getting our offense going to support the defense and give us a chance to win games.”

In the final game on Sunday, the Waves jumped out early on offense, scoring three runs in both the fourth and sixth innings to support freshman Wil Jensen, who posted another quality start with 7.0 innings of work. Jensen only allowed two runs (one earned), but had two strikeouts in the victory. Junior Austin Bernard, Davis and McAfee all had two hits each for the Waves while junior Ben Rodriguez had a team-high three RBI’s to lead Pepperdine to a 7-2 win.

The Waves offense exploded for seven runs on Sunday following a five-game stretch where they only scored nine runs and the starting pitchers paced the defense allowing only three earned runs over the weekend.

“This was definitely a great breakout win for us, especially on the offensive end,” Rodriguez said. “We have a lot of great hitters on this team, but we hope that we can keep balancing strong pitching with high-scoring performances like today.”

Up next, Pepperdine heads to Northern California for two matchups against Fresno State on Tuesday before traveling to Pacific for a weekend series to kick off West Coast Conference play.

(The Waves will finish a game against the Bulldogs that was postponed due to darkness heading to the 12th inning back on March 7 in Malibu. The score was tied 6-6.)