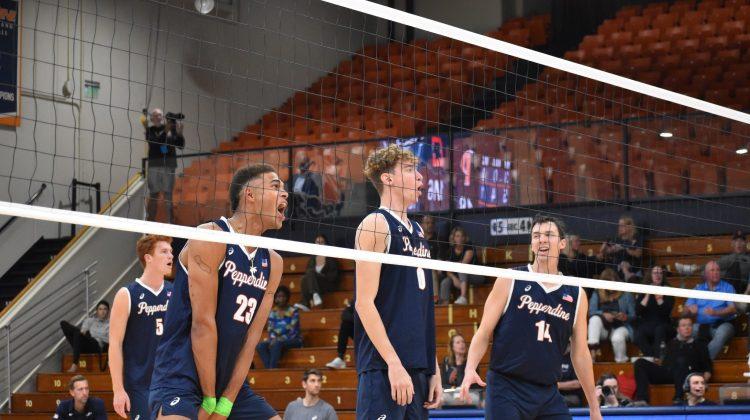 Graduate student outside hitter Jaylen Jasper celebrates after a service ace in the third set forcing a timeout at Firestone Fieldhouse on March 16. The Waves dominated with five service aces in the match. Photos by Mary Elisabeth

The Waves controlled the match with a combined offensive and defensive effort. Pepperdine had a .403 attack percentage along with 26 digs.

The Waves continued to show their home-court advantage with an 8-1 record at Firestone Fieldhouse. Pepperdine has accomplished seven sweeps out of their eight home wins this season.

Pepperdine sits at an 11-6 record, as they traveled to Northridge to close the series with another 3-0 sweep. The Waves improved their record on the road, as it now stands at 3-5.

Staff photographer Mary Elisabeth was on-call at Firestone Fieldhouse to capture the Waves’ success in their 3-0 sweep.