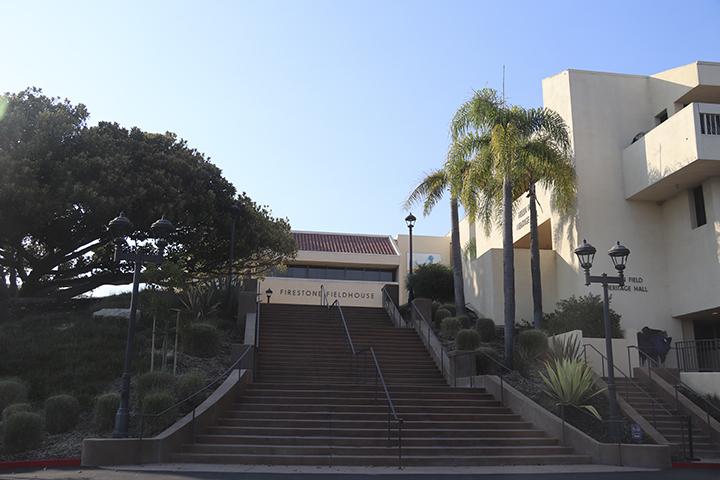 Firestone Fieldhouse hosts the old fitness center. Campus Recreation plans to build the new one next to Seaside Residence Hall.

Pepperdine plans to build a temporary fitness center to create more space and bring in new equipment for students to use. The temporary location will bridge the gap between the old fitness space in Firestone Fieldhouse and the plan for a new recreation center.

The temporary fitness center will include newer machines and equipment, replacing outdated resources. The main focus of the new facility is to increase space and allow more students to be able to comfortably work out.

“It’s not a secret that the space isn’t adequate for what we need,” said Robb Bolton, director of Campus Recreation.

The current fitness center does not have the space or equipment to accommodate the size of the University, Bolton said. It is available to both students and community members, making it hard to navigate.

The temporary fitness center will be built directly above the soccer field; the location will give easier access to on-campus students due to the closer proximity to the dorms. It will have a concrete foundation with a custom tent structure built above it and will be two times the square footage of the fitness center at Firestone.

“They took advantage of the fact that it could have an amazing view, so we pushed hard to request they put in windows,” Bolton said.

Bolton said Campus Recreation wants to set up the cardio equipment by the windows for students to make the best of the ocean view.

The new plans were based on feedback from students and community members in the spring, Bolton said. Campus Recreation found through a survey that patrons valued an area to stretch, do core workouts and rest.

The old fitness room did not have the space for patrons to stretch and rehabilitate, prompting people to find space in corners, Bolton said.

Sophomore James Hanson said he agrees there was not enough room in Firestone to work out his first year.

“I don’t like how small the space is,” Hanson said. “I’m unable to use the free weights in the mornings because of the classes going on.”

Bolton said the new space will allow for students to intermingle while they work out.

In addition to a larger area, the temporary fitness center will have more and newer equipment. The department plans to buy rowing machines and more cardio gear to accommodate student needs. Students like Hanson said they noticed a lack of variety in equipment and accessibility to equipment.

“I would like to have more free weights so the class and the lifters can do their thing at the same time,” Hanson said.

Pepperdine has satellite fitness sites at Drescher and Towers Residence Halls, but Bolton said the goal of the temporary and new fitness centers is to eliminate the need for the satellite sites and provide optimal space in one location.

President Jim Gash was an instrumental part of getting the ball rolling for this project, Bolton said.

“He acknowledged the needs that we have for Campus Recreation and serving the entire student body in our community and understanding that the current fitness facility doesn’t match the level of excellence that Pepperdine strives for all of our facilities,” Bolton said.

The temporary fitness center is a step toward Gash’s vision, tentatively called “The Mountain,” for a larger recreation center.

Pepperdine planned to open the temporary fitness center in the fall of 2020, but the COVID-19 pandemic delayed those plans.

Tim Perrin, senior vice president for Strategic Implementation, confirmed Pepperdine will move ahead with the project but does not have a set date for when the temporary fitness center will be ready to open. 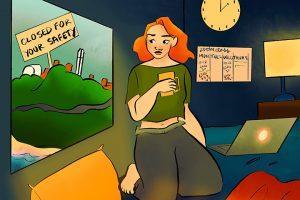 Art by Madeline DuvallFor a large portion of the teenage population, attending college is one of the many pinnacles of transitioning...
Copyright 2013 Jupiter Premium Magazine Theme
Back to top