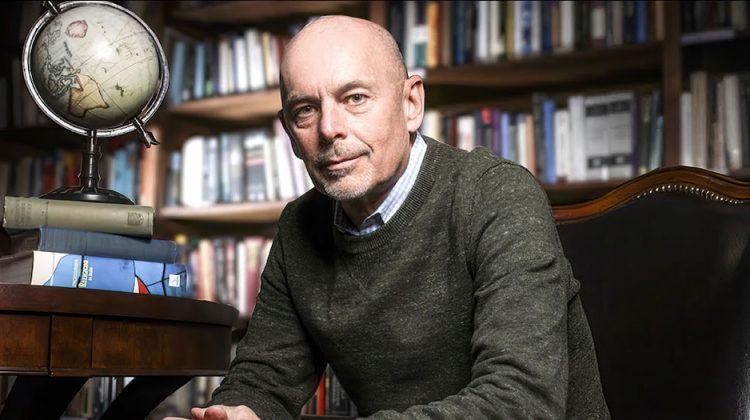 The March 10 edition of the President’s Speaker Series ended with a surprise announcement — the University will partner with Baylor professor Byron Johnson to begin a Center for Faith and the Common Good beginning April 1.

President Jim Gash invited Johnson to speak as a part of his series on the topic of faith, human flourishing and the common good. Provost Jay Brewster shared the center’s news following Johnson’s discussion.

“We anticipate robust societal impact that will emerge from the Center for Faith and the Common Good,” Brewster said during the event. “I think good things will come from this center that will have tangible impacts on our culture and our society and strengthen the scholarly work of Pepperdine.”

Johnson is a professor of Social Sciences at Baylor University, the founding director of the Baylor Institute for Studies of Religion and director of the Program on Prosocial Behavior, among other titles.

“I’ve had a pretty long career in studying faith based initiatives, and especially with a view to solving some of society’s most pressing social problems,” Johnson said in a Graphic exclusive. “And that’s the kind of work that we want to do here at Pepperdine, you know, how can we help society? How can we help people to flourish?”

The center, despite Johnson’s connections to Baylor, will be a Pepperdine fixture and connect the Caruso School of Law, the School of Public Policy and Seaver.

“Pepperdine, with its law school, and its clinic — [the Hugh and Hazel Darling Foundation Religious] Liberty Clinic — and the School of Public Policy, these are all components that make it a compelling place to do something like this,” Johnson said.

Pepperdine’s infrastructure in Washington, D.C., also made it the best fit for the center, Johnson said.

“That is so strategic for trying to influence people in Congress,” Johnson said. “Oftentimes, you have to go to Washington, [D.C.] to accomplish those kinds of things.”

In his role as distinguished visiting faculty, Johnson will be a frequent visitor to campus, providing direction and input on the center. He will also work alongside Pepperdine faculty establishing the center’s research projects, Johnson said.

Johnson and Gash identified three initial research projects and the center’s next step will be coordinating the initiation of those studies, wrote Vice Provost Lee Kats, the center’s academic director, in a March 10 email to the Graphic.

As academic director, Kats wrote his role will be to facilitate partnerships for research studies, coordinate conferences, support grant programs and identify other outside scholars to work with the center.

The Center’s first project will relate to the Mississippi State Penitentiary, also known as the Parchman Farm, in Sunflower County, Miss.

“It has a terrible reputation as one of the most violent, corrupt prisons in America and they’re in the midst of an experiment to see if they can transform that prison and we want to capture it,” Johnson said. “We want to study it, just like we did the prison called Angola in Louisiana.”

The second project will evaluate seminaries in prison and their effectiveness, Johnson said. Kats and Johnson did not share plans for the third program.

“Research from Pepperdine faculty and students has become increasingly high profile over the last decade,” Kats wrote. “Much of the research being done at Pepperdine already seeks to benefit society and improve conditions for people. The new Center will help jump start new research projects on faith and the common good, ultimately impacting and improving current frameworks and public policy.”