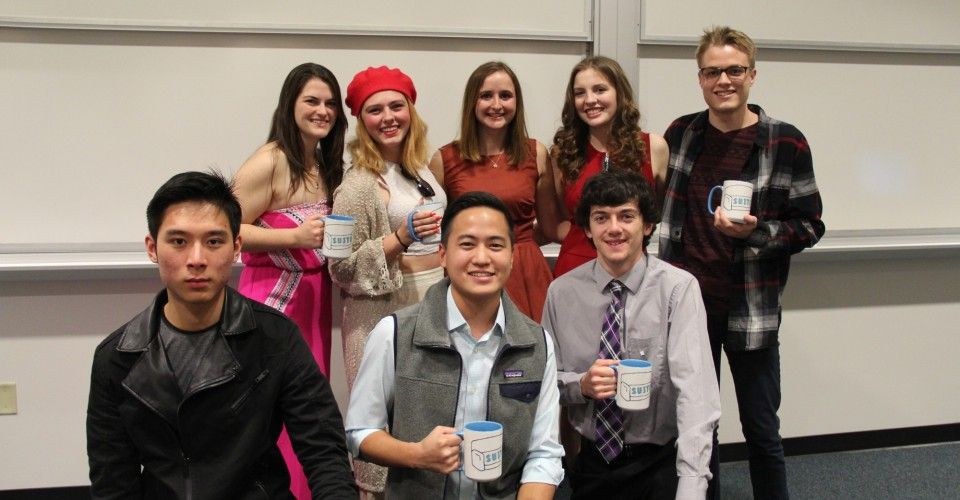 Photos by Julia Sumouske and Logo Courtesy of Suite Talk

Pepperdine sophomore Tara Jenkins, who is also a staff writer for the Graphic, has written herself a new path as her original sitcom “Suite Talk” premiered on Feb. 5, 2016. A production that includes a cast and crew made up entirely of Pepperdine students, this is only the beginning of the season-long show they are currently filming. The show features Tara Jenkins (Laurel), Emily Capehart (April), Chelsey Maus (Sarah), Samantha Gonzales (Chelsea), Aidan Matthews (Tom), Dakota Dickerson (Billy) and Alex Bonelli (Eric).

The show follows the main character Laurel, a smart, optimistic, yet sassy girl and her three suitemates: April, a vivacious and flirty girly girl; Sarah, the sporty one whose goal is to get a boyfriend this semester; and Chelsea, seemingly shy but a pro at the recorder. As they are placed in a new dorm hall where they are the only girls’ suite among all guys, the girls must band together in order to survive their freshman year.

As the girls begin to find problems with the hall’s “leader,” Eric, they feel they must prove their worth in winning the House Cup competition. Along the way, they meet both Tom and Billy, possible love interests for the girls in the future, who encourage them despite their struggles. The girls are all very unique in their own ways causing them to come across many problems.

Aside from technical issues that occurred during the showing of the first episode, the show is a remarkable start for the cast and crew of “Suite Talk.” In the first episode, the girls’ adventures are filmed all across campus, but had some scenes fall short when wind was a factor making the dialogue slightly dubbed by the sound of the wind.

“I thought it was an honest sitcom that has been missing [from Pepperdine]. While the show didn’t play the way it [should have because of technical issues], I thought it was easy to overlook that due to the strong performances by the main and supporting cast,” said Bryce Keeler, a sophomore who came to the “Suite Talk” premiere to watch and support his friends.

With a very quirky script, the show truly shines with its choice in casting. Every character written seems to represent the different college stereotypes that we all know and love. “Suite Talk” was able to deliver awkward comedy in the best kind of way.

“Suite Talk” started as a project by Jenkins, who wanted to create a new sitcom since Pepperdine’s past sitcom “The Beacon” was no longer running. “The Beacon” served as Pepperdine’s first comedy sitcom, and was written about a college newspaper and its staff.

“I started ‘Suite Talk’ because I wanted to create more opportunities on campus to work on and behind the camera. When I heard about [‘The Beacon’] it inspired me to try and find my own story to tell,” Jenkins said.

“Suite Talk” is currently filming their next episode, and will continue the show’s season in the months to come. They have now posted the first episode on their YouTube channel, Suite Talk. They will continue to post to YouTube to reach a broader audience in a more accessible way. Be on the lookout for this new sitcom; the possibilities for where the show may go appear to be nothing but sweet. 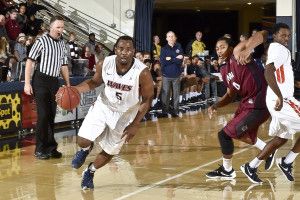 Photos Courtesy of Martin A. Folb, Pepperdine AthleticsMotivation can be found in unexpected places.Hours before senior forward...
Copyright 2013 Jupiter Premium Magazine Theme
Back to top