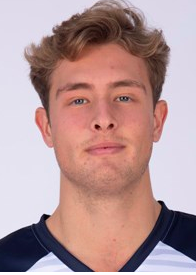 Break out the brooms.

In their second sweep of the season, the Pepperdine Waves defeated the BYU Cougars at home Wednesday night. The Waves’ past two victories have been against top-15 opponents bringing their record to 7-2. The game marked the Wave’s biggest ranked win of the season so far.

After a timeout called by BYU head coach Shawn Olmstead when the score was 10-3, the Waves continued heir scoring mirage. Redshirt sophomore Robert Mullahey had 8 assists in the first set. Three went to senior outside hitter Kaleb Denmark, who filled up the stat sheet as he finished with 8 kills, two assists and a serving ace.

Denmark said he felt himself heat up early in the game.

“I definitely felt like I got into a rhythm,” Denmark said. “And the team did a really good job of translating some balls and getting some good swings off of that. We were coming together after each point and really celebrating as a team.”

The Cougars rallied late in the first set and brought the score to 18-14 before Pepperdine head coach David Hunt called a timeout of his own. The Waves pulled together and sophomore libero Spencer Wickens came in to give the last serve, leading to a kill by Wieczorek.

The Waves took command early in the second set as well. After two serving aces by Wieczorek bringing the lead to 8-4, Olmstead called another timeout. This set was more competitive than the first, and Hunt subbed in Wickens to give them a spark at the serving line.

Wickens sent the ball to sophomore opposite Gabi Garcia Fernande who set up 6’9″ freshman outside hitter Davide Gardini. In perhaps the longest rally of the night, Pepperdine blocked the attempt, followed by Denmark setting the ball out of bounds before being saved by Wickens and tipped right over the net line by Mullahey.

The Waves played smothering defense as the Cougars failed to reach 20 points in any set. They had 10 total blocks on the Cougars. Two were by redshirt senior middle blocker Kevin Vaz. The first came on the last play of the second set when Vaz blocked freshman outside hitter Kana’i Akana as Pepperdine won 25-19.

Vaz said the defensive game plan for the Cougars was unique.

“The gameplay was actually based on our serving techniques,” Vaz said. “We served well and made our blocking assignment much easier. We were always able to get two or three guys down there to block and it worked out in our favor.”

The third set was reminiscent of the first two as well. The Waves jumped out to a 7-2 lead and forced another Cougar timeout. The Waves led by at least four for the rest of the set and ultimately won 25-18 after kill number 12 from Wieczorek.

Coach Hunt said he was pleased with his team after the performance but knows the areas that they can improve upon.

“I was happy at times, for sure,” Hunt said. “I think there’s a lot of things we could have done better. We evaluate a lot of it based on how clean we are on our side but there are a few things to clean up tomorrow before our next match.”

Denmark said the game was more than just an average victory considering both teams are part of the competitive Mountain Pacific Sports Federation.

“It means more because it’s a big MPSF match,” Denmark said. “MPSF is very competitive and all of these matches matter. We were excited to get our first win in conference play.”

Vaz said he felt the team has improved a lot since early in the season.

“We actually played BYU in the fall and lost to them in four sets,” Vaz said. “So playing them now and beating them in three really shows our growth, consistency, and in terms of passing and blocking. So really in all phases, we have improved.”

On Friday, the Waves hosted Stanford University. Hunt said they are a solid opponent for the Waves.

“It’s another good team and we know our conference is real good top to bottom,” Hunt said. “I know last year they were a little beat up. They’re healthy this year and just got back from Hawaii where they played a really good Hawaii team so it’s gonna be a challenge.”

Fall Abroad Students Come Back to a Different Pepp 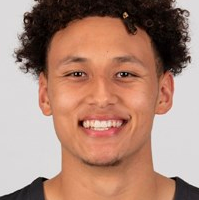