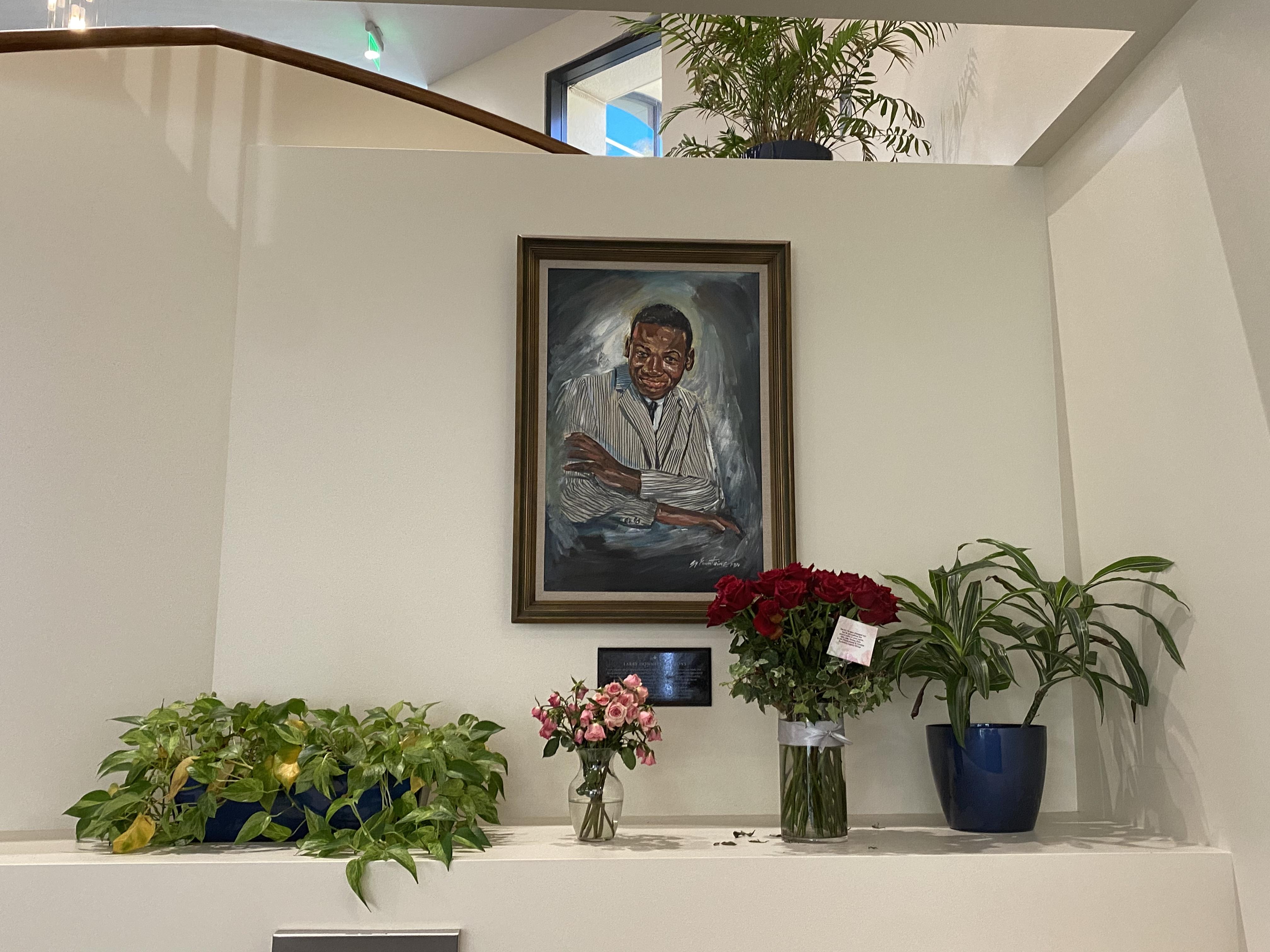 A portrait of Larry Donnell Kimmons hangs in Payson Library on March 17. Community members left flowers in memory of Kimmons for the 52nd anniversary of his death in March 1969. Photo by Ashley Mowreader

Brenda Stevenson, professor and Nickoll Family Endowed Chair in History at the University of California, Los Angeles, gave a lecture on violence against Black youths in the United States with a focus on young Black women and girls. University Church Minister Eric Wilson moderated the event and President Jim Gash provided a pre-recorded introduction.

“Remembering Mr. Kimmons is just the most devastating thing when you look at all the other young men and women whose lives have ended in this kind of tragic way,” Stevenson said during the event. “And as we press on to what will happen in the George Floyd case, we particularly have to remember what has happened before George Floyd.”

In 1969, 15-year-old Larry Kimmons died on Pepperdine’s South LA campus after a campus security guard shot him. Kimmons lived in the neighborhood near campus and was at Pepperdine playing basketball with friends at the time of his death.

Stevenson spoke on Kimmons’ death as a part of a legacy of unnecessary young Black deaths.

“[Larry Kimmon’s legacy] is part of a larger troubling legacy that includes the murder of young Black people who are going about their business and what happens when we don’t remember, when we don’t honor and we don’t commit ourselves to doing better,” Stevenson said.

Stevenson’s lecture focused on 15-year-old Latasha Harlins and her death in South Los Angeles on March 16, 1991, 22 years after Kimmon’s death at Pepperdine. Harlins died trying to purchase orange juice from a convenience store, the store owner shot Harlins after an altercation in which the owner accused Harlin of stealing.

“She has become, like Mr. Kimmons, a very important memory. A memory of loss, a memory of justice denied,” Stevenson said. 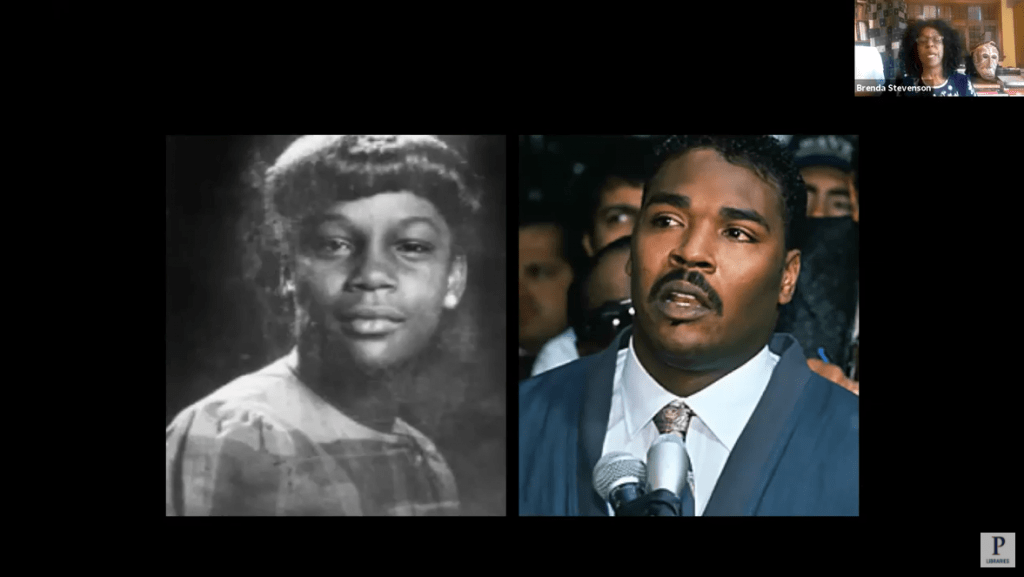 Brenda Stevenson gives a lecture March 11, as the second installment of the Larry Donnell Kimmons Memorial Lecture Series. Stevenson spoke on the lack of justice following the death of Latasha Harlins and the beating of Rodney King. Screenshot by Ashley Mowreader

The store’s security cameras captured Harlins’ death on videotape, which took place weeks after LA police beat Rodney King. The woman who shot Harlins avoided jail time, and the police officers who beat King were not convicted, resulting in the 1992 South LA riots, also known as the Rodney King riots.

“We have to address the criminal justice system, we have to uphold it by making it a system of equality in which people, as it states in the Fourteenth Amendment, are treated equally before the law and by the law,” Stevenson said.

Following Stevenson’s presentation, Stevenson and Wilson spoke about the violence against Black individuals in the United States and how Americans should not just remember the list of names of those lost, but rather remember the individuals killed.

“It’s a complicated novel,” Campos said. “And while Wright does not attempt to absolve [the protagonist] Bigger of blame, he does paint a picture of systemic racial injustice and the far-reaching effects it can have.”

The Larry Donnell Kimmons Memorial Lecture takes place each year on or near the anniversary of Kimmons’ death and is organized jointly by the Office of Intercultural Affairs and Pepperdine Libraries and co-hosted by the Office of the Provost, according to Pepperdine’s website.