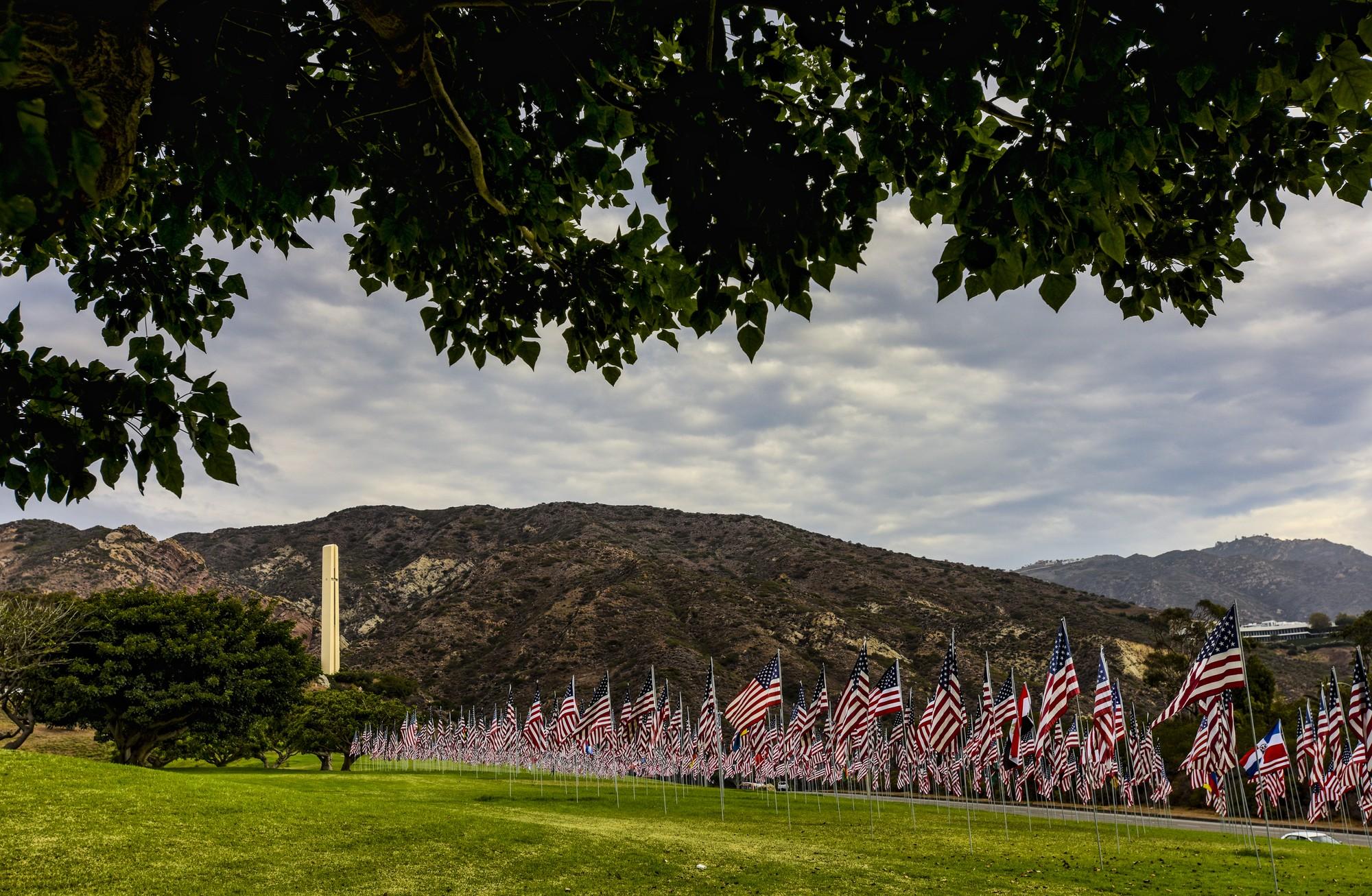 Pepperdine’s “Waves of Flags” display from 2014 on Alumni Park is an annual tradition to honor the victims of the attacks on Sept. 11, 2001. This year’s display is closed to the public due to COVID-19.

2,977 flags span the lawn of Alumni Park, emulating an ocean as the flags catch the breeze from the Pacific. This sea, however, holds no life.

Pepperdine honored a decade-old tradition of erecting the “Waves of Flags” memorial on Alumni Park to honor victims of the attacks on Sept. 11, 2001. This year’s display lasts from Sept. 8 to Sept. 22 but is closed to the public due to COVID-19 restrictions.

“Pepperdine has a long tradition of honoring those who have gone before us,” President Jim Gash said in a Sept. 8, press release. “For nearly two decades now, this community has paused on this day each year to remember, to grieve, and to celebrate the lives of those we lost on that day in 2001.”

Pepperdine’s College Republicans club first began the Waves of Flags display in 2008. Since 2009, the University has overseen the installation of the flags across Alumni. The display consists of 2,887 U.S. and 90 international flags that each represent a life lost in the attacks.

Pepperdine typically funds the display and coordinates volunteers to help install the display on Step Forward Day, but in light of the pandemic, the University made some changes.

Gash shared in his Sept. 2 President’s Briefing that the 2020 display is 100% donor-funded rather than using University money because the memorial is “not cheap to do.”

No volunteers were allowed to help set up the display due to safety precautions and campus closure, and it was instead executed by Pepperdine employees.

Campus closure also means Alumni Park and the “Waves of Flags” are closed to visitors.

“The display’s perimeter will have signs communicating the closure, and the University’s Department of Public Safety will be monitoring the display to enforce COVID-19 protocols,” according to the press release.

The University plans to hold a memorial service Friday, Sept. 11 at 10 a.m. PDT to honor and remember the lives lost in 2001. Gash and Chancellor Sara Young Jackson will lead the event, which will be held via Livestream.