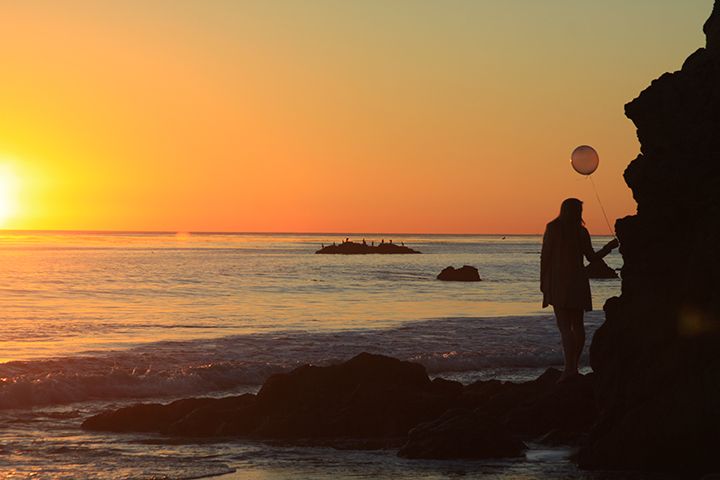 The so-called “sophomore slump” can be found in universities across the nation. Sophomores experience a decline following the thrill of freshman year as they wrestle with their meaning and identity on campus.

Pepperdine tackles the sophomore slump through a variety of programs. International Programs, the Sophomore Experience — including the Year2Malibu program and other activities centered on sophomores — and Calamigos Ranch all offer unique experiences for sophomores.

A Graphic survey was conducted via Survey Monkey and distributed on Facebook to current juniors and seniors to gauge how they experienced their sophomore year. Out of the 53 respondents, approximately 65 percent of students reported sophomore year to be their best year thus far.

“In the words of Mark Davis, [we’re] trying to turn the sophomore slump into a sophomore splurge,” Resident Director Michael Harri said.

Students can feel invisible their sophomore year after the excitement of going away to college diminishes, according to Associate Dean for Student Affairs Tabitha Jones Jolivet.

“We know historically, for example, that a student’s first year and senior year at college represent pivotal moments in the educational journey, and institutions often organize a good deal of resources to this end,” Jolivet said. “For a second-year student at any post-secondary institution, there is a need to work against historic forms of institutional invisibility.”

The invisibility Jolivet refers to is the infamous notion of the sophomore slump. There isn’t a lot of attention directed toward students in their sophomore year.

International programs grab the attention of many incoming freshmen at Pepperdine. From the moment students come onto campus they are given a crash course with information on studying abroad, and that decision follows them throughout their Pepperdine career. Whether or not students choose to go abroad, there is a sophomore experience waiting for them.

“A day doesn’t go by when I don’t miss it,” junior Connor White said. White is an alumnus and ambassador for the London program.

Other students who studied abroad echoed this sentiment, but not everyone had the initial desire to go abroad.

“I wasn’t sold on it first because I was fine here,” junior Connor Wheeler said, who studied in Heidelberg. “But overall I’m happy with the experience. Heck, I can say I lived in Europe.”

A majority of International Programs alumni return from their programs reporting a positive experience.

The Institute of International Education ranked Pepperdine second to New York University for long-term duration of study abroad programs for 2012-2013. According to the IIE’s website, Pepperdine had 235 students study abroad that year.

“I’m really glad that there’s so much interest from students,” Clements said. “They come back, and they just can’t stop talking about it. They can’t help but to continue to encourage other people to go abroad and that’s really why International Programs is so successful.”

Pepperdine opened up its first facility in Heidelberg in 1963, Clements said. Since then, Pepperdine has expanded its year-long abroad programs to include London, Lausanne, Florence, Shanghai, Buenos Aires and Washington, D.C.

“Most people at my church went to Pepperdine, and it was traditional to go to Heidelberg,” junior Ashley Royal said, who went to Heidelberg her sophomore year as well.

However, while many go abroad, not everyone on campus takes part in International Programs during their sophomore year.

The Year2Malibu program, launched fall 2011, aims to connect, transform and encourage growth in students in Malibu working to reach their learning outcomes. The sophomore experience kicks off with the Year2Day1 retreat before school starts, which has a big focus on connection. Students road trip to Forest Home in Forest Falls and stay there for five days. They then take free educational trips to Catalina in the fall and San Francisco in the spring. The purpose of these events is to establish community and friendship, Harri said.

“Our Catalina trip is a great example,” Harri said. “Yes, we are connecting, but we are also transforming and growing within the small groups.”

With an absence of a large part of the sophomore class, the Malibu program seeks to create space for sophomores on campus to connect.

“At first it was weird because all of your friends are gone, and you can only hang out with a few people,” sophomore Jaron Lee said.

The Sophomore Experience has worked to do just that. Lee said Pepperdine has done a good job in reaching out to sophomores.

“I can’t complain because I chose to stay,” Lee said. “I kind of knew what was coming. But two free trips is pretty good.”

With so many students gone from campus, this can create challenges to a successful sophomore experience in Malibu. Out of the 53 surveyed, only 10 didn’t go abroad for the academic year. Eight of these reported that they wished they had. Of the eight, two reported that they participated in a summer program.

“Being here in Malibu is amazing, but there is the perception that you’re not going abroad, so you have that level of comparison: Being on campus is not as good as going abroad,” Harri said. But the Sophomore Experience in Malibu is not in direct competition with International Programs. He compares the two to apples and oranges.

Swartz, who is also the area coordinator of Calamigos Ranch, finds the ranch to be ideal for the sophomores to have an international type of experience living off campus.

“They truly were looking for an experience that is unique,” Swartz said. “You didn’t get to go to IP for whatever reason but you still wanted to go somewhere and do something different. Calamigos Ranch offers that alternative.”

Calamigos Ranch launched spring 2014. Housing hopes to give the ranch its own theme, Swartz said.

“We’re still building momentum for that, but hopefully it will be a key piece of the Sophomore Experience,” Swartz said.

Many students at Pepperdine are, in essence, going through a freshman year experience three times in their college experience, Harri said.

“Those experiences are not bad experiences,” Harri said. “We just have unique challenges on this campus. But one person asked me if we were effectively delaying the sophomore slump into a junior slump.”

A junior slump could be unique to Pepperdine as students return from unique experiences while studying abroad.

“It may be true for me to some degree,” Wheeler said. “I think that’s definitely something most juniors coming from abroad struggle with.”

Many returning students also have to deal with changes in academics in addition to adjusting to life in Malibu.

“Classes are much more difficult,” Royal said. “I knew classes would be hard, but you don’t know what it’s really going to be like coming back to Malibu and Pepperdine.”