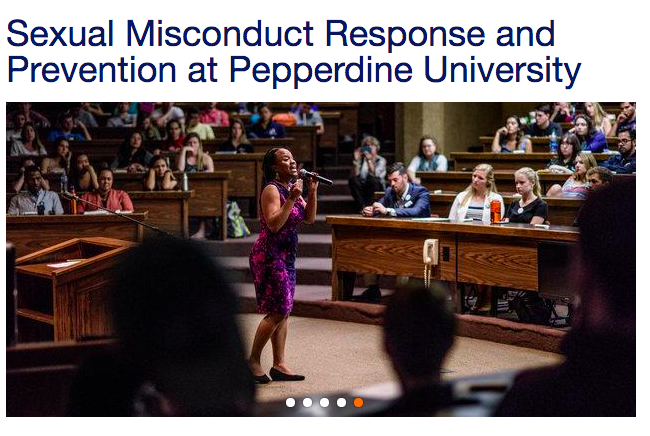 Alcohol consumption and cases of sexual assault were the targeted topics in revisions made to the Code of Conduct.

The Student Code of Conduct is a set of rules and guidelines issued by Pepperdine University with which all students must comply. In the revised policy, the language used to describe levels of alcohol consumption was clarified and in Title IX cases, both parties involved now have the right to appeal a ruling. Provost Rick Marrs said the code is essential to providing students and faculty with a safe learning environment.

“The premise underlying the [policies] is that what you want is a healthy, safe, well-adjusted community,” Marrs said.

Pepperdine’s mission as a Christian institution is an important component of the code’s role in students’ lives, Dean of Students Mark Davis said.

“We see that the disciplinary process is about developing spiritually and personally and developing character,” Davis said.

Christian values and student care are not the only considerations within the code.

“Many of the university’s policies are derived from federal and state laws,” said Sharon Beard, associate dean of students.

“[For] some of our policies, I would say it’s not that we’re making a judgment about it one way or another, but… we have to follow certain regulations to be in compliance [with state and federal laws],” Beard said.

The investigative and disciplinary process for sexual assault cases is informed by federal regulation, Davis explained. Pepperdine’s Sexual Assault Committee is in charge of following national policy changes and updating the university’s procedures. While the administration has proposed revised federal regulations have been proposed, there is little certainty which revisions will become law.

“We started reviewing the proposed regulations, and we’re trying to discern which ones are most likely to stick and stay, and which ones [most likely will not],” Davis said.

Pepperdine made changes to their Sexual Assault Policy due to updated federal requirements. Now, both parties — the complainant and the respondent — may request an appeal to the results of a disciplinary hearing.

“Both parties may appeal the decision of the Student Disciplinary Committee hearing to the University’s dean of students (dean) or designee,” according to the Appeal Process section in the Sexual Misconduct policy.

Proposed regulations also enabled advisers of both parties in sexual assault cases to directly question students involved and witnesses of the assault. However, Pepperdine remains opposed to this procedure, siding with a California Court decision from earlier this year where the University of Southern California was found to have unjustly conducted a Title IX case by allowing a student accused of rape to directly question the complainant.

Even in cases where the cross-examination is conducted by legal counsel, Davis sees potential for inequality and injustice.

“Think about that scenario,” Davis said. “If let’s say, you’re accused of sexual assault, and you hire a really good lawyer, that lawyer could then question the female student, and that can create a really chilling effect, and even inequity. What if this person can’t afford legal counsel?”

Other policies are emphasized in the revisions of Pepperdine’s Code of Conduct to clarify existing rules rather than change them.

“Something that has come up a lot recently is CBD oil,” Beard said.

Pepperdine has not changed its policy on marijuana but felt it necessary, with the increasing prevalence of CBD beauty and health products, to include provisions explicitly banning the use of any and all marijuana-derived substances.

Davis says the university also clarifies its policy through word changes. By changing the word “drunkenness” to “intoxication,” the alcohol policy is made more clear and objective.

Students have a say in the Code of Conduct as well. Changes are made to the code when students are confused or unsure about its exact meaning. The Office of Community Standards also works closely with SGA to ensure that student voices and feedback are being considered when creating and editing university policies. 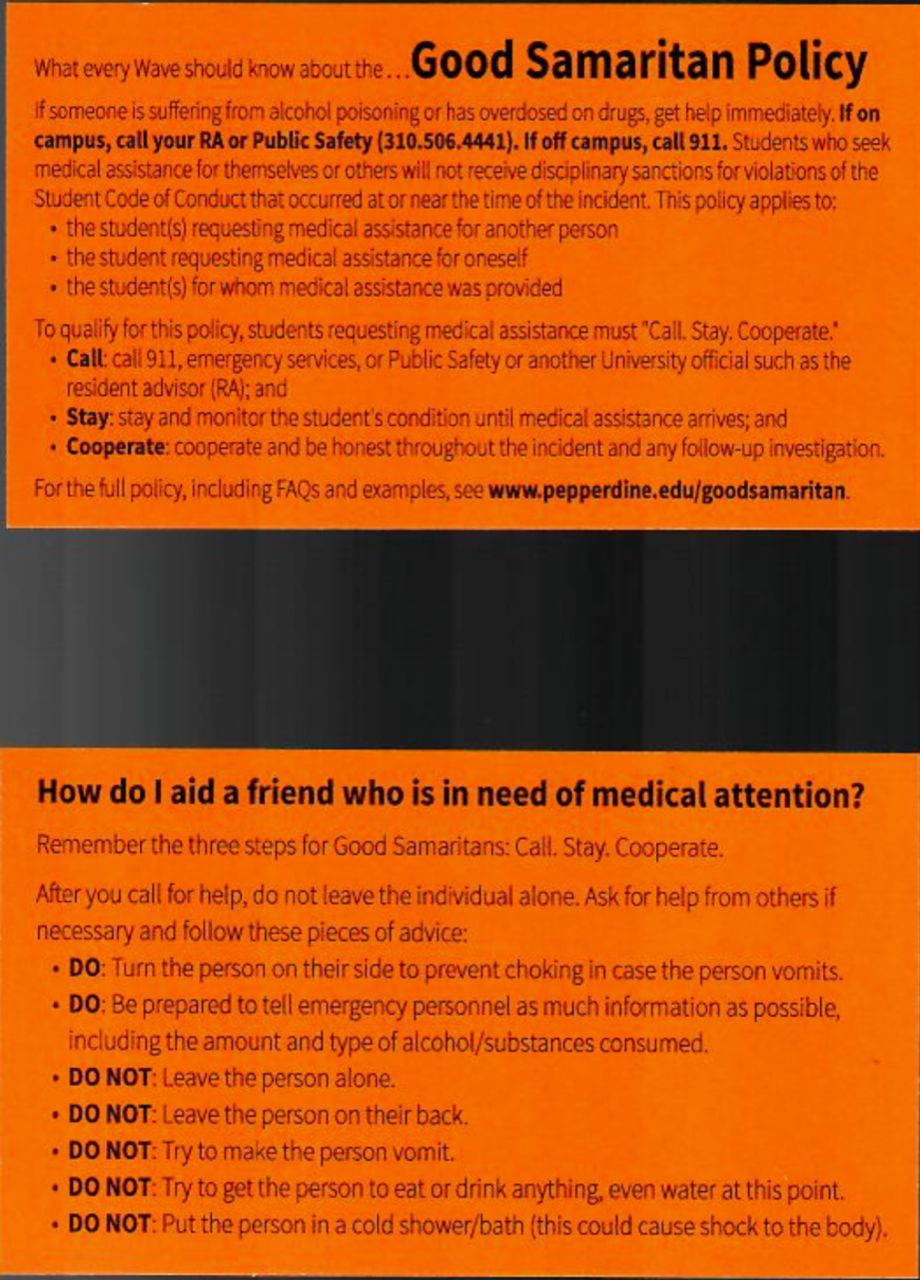 At the bottom of each policy, there is a contact so that students can give feedback directly to the policy-makers.

The Office of Community Standards also received input from SGA, Greek life and other student leaders this past year when drafting the revised Good Samaritan Policy. SGA ran surveys to better understand what students thought about the policies and common misconceptions about its stipulations.