While college students try to avoid reading books outside of class, sophomore Kara Tyler spends her free time writing one.

Tyler said she has been in the process of writing her debut poetry book over the past year. What started as journaling slowly became a passion for writing poetry.

“Poetry was just kind of the way I reworked my thoughts into something that I thought was just beautiful and not just so sad, and I could always put a positive spin on it,” Tyler said. 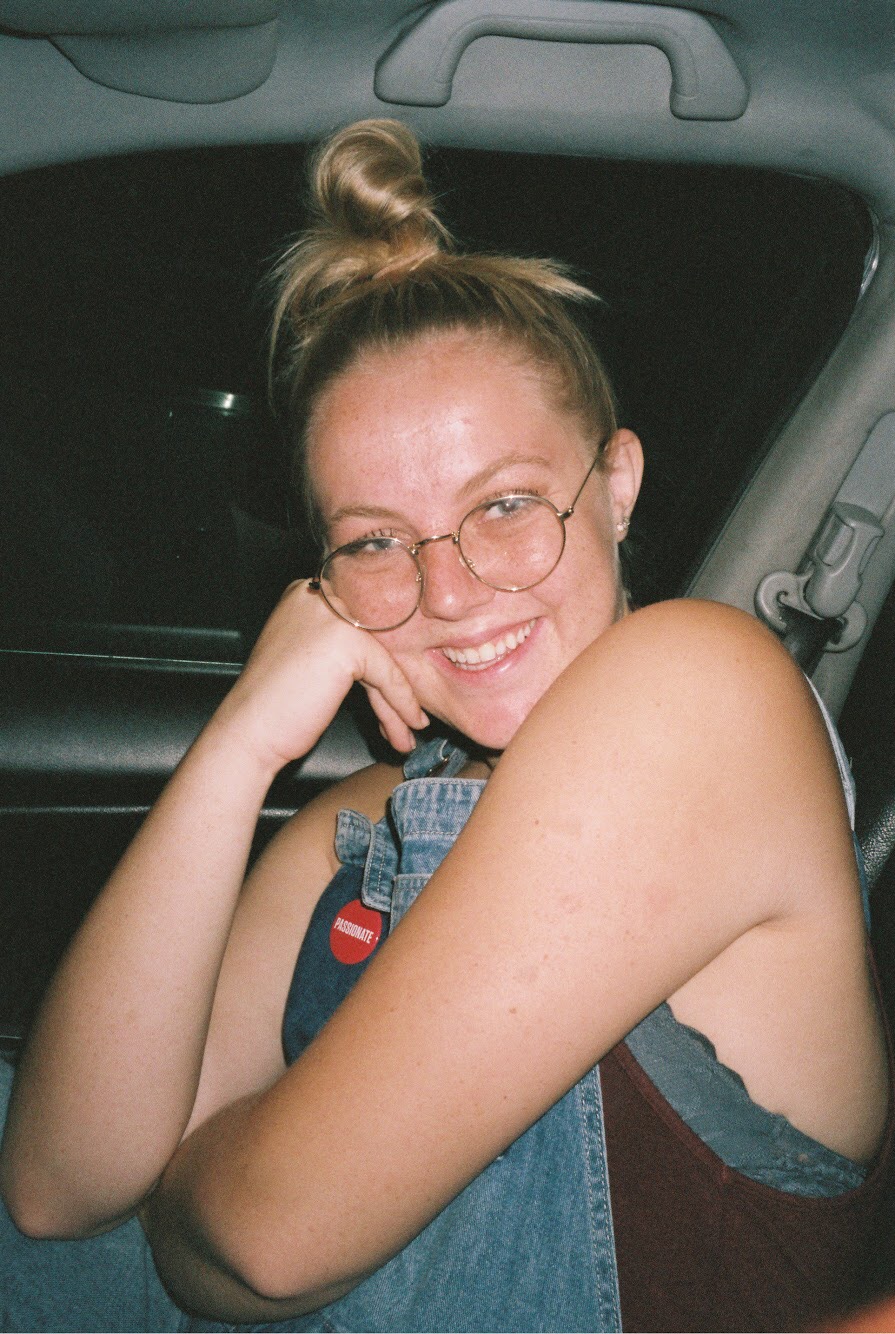 Tyler started at Pepperdine as a journalism major, but after deciding she didn’t want to write for news, she switched to liberal arts with an emphasis in fine arts.

“I’ve always wanted to be super artistic, and I guess whenever I tell people I’m studying fine arts, they’re like, ‘Oh, you must be really good at art,” Tyler said. “I want to be good at art, so I figure if I study it I’ll get better at it, but poetry was always something that came more naturally to me, and I was naturally more talented at that. I love painting and all that kind of stuff, but poetry is just the most accessible and easiest to really get my hands dirty with.” 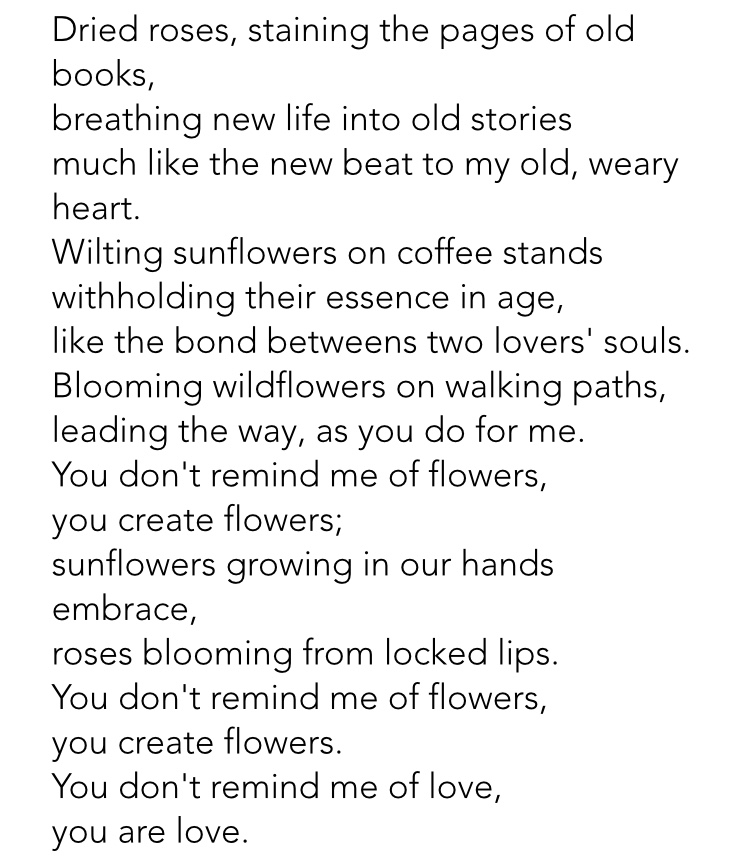 Tyler said she started working on self-publishing her book over a year ago and currently has 50 poems. She said she sits down and writes twice a week and wants to have 100 or 150 poems, mixed with illustrations and some of her photography. She said her original publication goal was at the end of the year, but now she’s planning for spring 2020 because she said she wants to be proud of her work.

“I just really want it to be organically me,” Tyler said. “I’m trying not to ask too many other people to help me with it. I just want it to be ‘Look at who I am.’”

Tyler said she started journaling in elementary school, which led her to turn her old entries into poetry during her freshman year of high school. 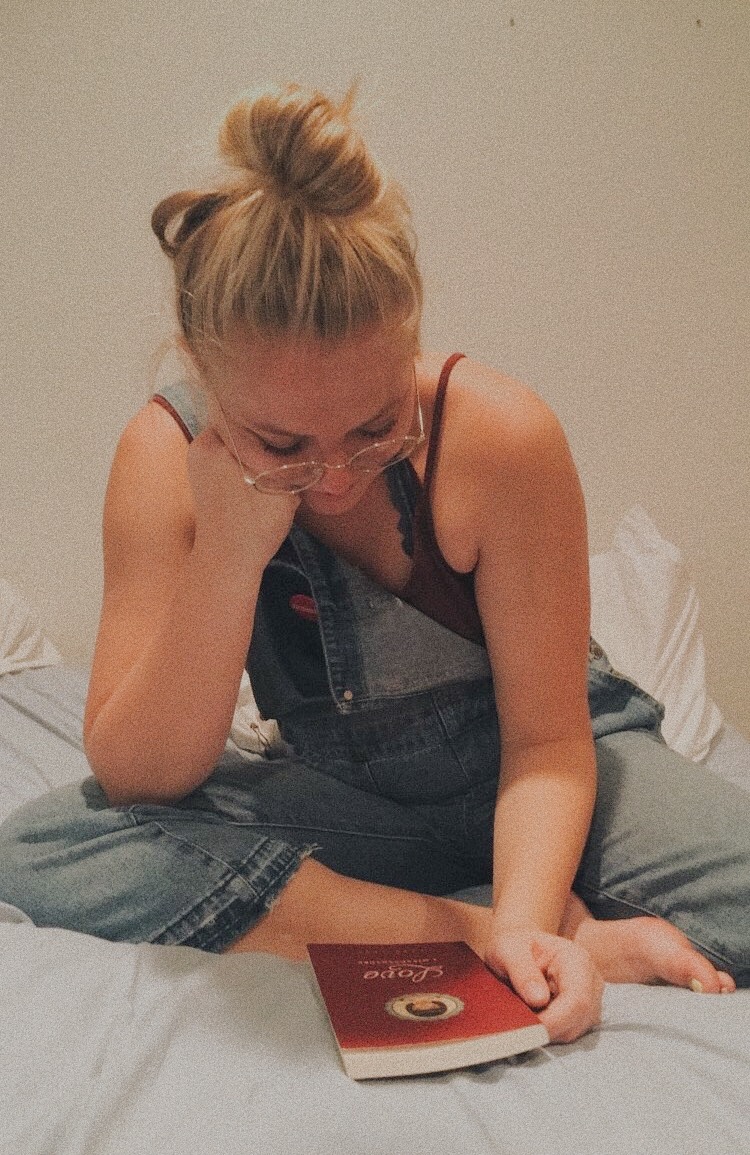 “Being able to turn [my journal entries] into poetry for me was almost symbolic because turning those pains into something beautiful can help other people and reach other people, which I thought was really awesome,” Tyler said.

Tyler said writing down her feelings helped her deal with her emotions growing up.

“[I was] just going through stuff when I was little,” Tyler said. “I think I didn’t really know how to deal with the issues I was going through, and the only thing that really helped was putting that on paper. I feel like it was just a cool experience to write something down. It didn’t exist before until I put in the paper. It was a tangible thing and not just a thought in my head. I could see it and reread it and rework it.”

Her poetry has evolved from residing a poetry notebook to publishing her pieces on on her website. She said she was nervous about publishing and showing people her work, but hearing the positive feedback inspired her to continue sharing her poems. 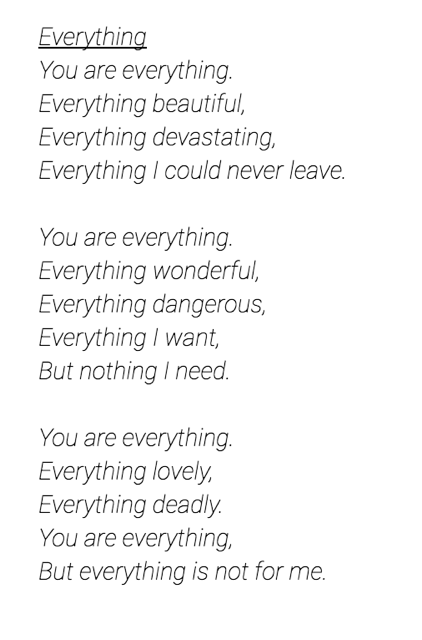 “People were messaging me, ‘Thank you for posting that,’’ Tyler said. “That actually really resonated with me. Whenever I got even a couple of comments like that, it just pushed me to keep going because there is like a big fear of judgment I think when you do things like that because, especially when you’re that age, no one really does.”

One of these poems was “A Letter to my Body.” Tyler said poetry allowed her to feel more confident in herself and in her body.

“It’s really good to be introspective to yourself, realizing that body confidence isn’t even just about your body; it’s just about who you are as a person and letting that shine,” Tyler said. “I think the prettiest people are the most competent people and the ones that radiate light onto others. I know that sounds corny, but I think it’s so valid, and so I’ve always just wanted to be a source of light onto other people.”

Tyler said she isn’t sure what she wants to do after she leaves Pepperdine. She said she wants to do “something that helps people” either through social work or at a women’s shelter. Even in her poetry, she said she twists darker subjects into something positive.

“A lot of [my poems] deal with mental illness,” Tyler said. “I wrote one recently about my anxiety and a lot of dark things, but I always try to like the twist on it that it’s not all that bad. I can listen to so much dark poetry, and it’s beautiful, but I want to be able to put something out that has more of a positive impact.”

Although most of Tyler’s poems deal with pain, she said she struggles to find inspiration, which is why she pushed back the publication for her book.

“I have to be genuinely and organically inspired by something to write about it, at least for it to have meaning,” Tyler said. 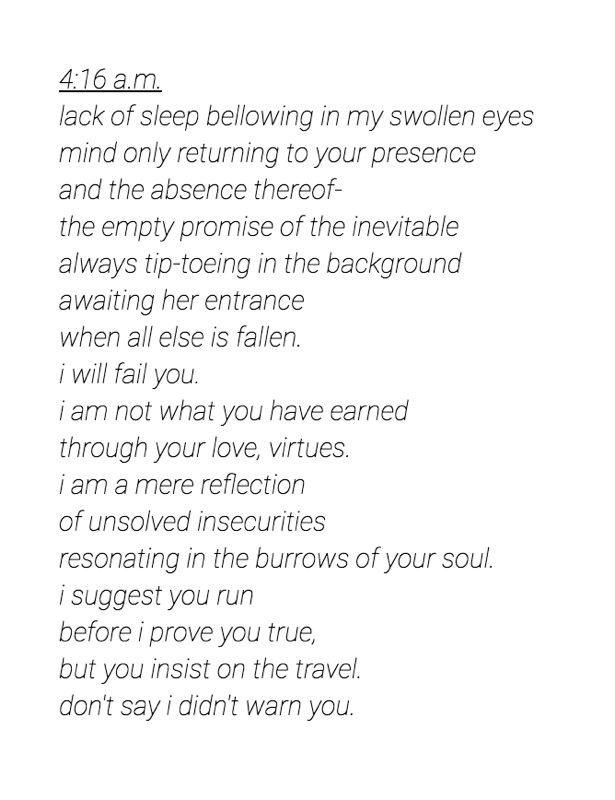 Tyler said she chose poetry as her art form because it’s her genuine voice and emotions.

“I think [poetry is a] direct way to look into someone’s thoughts and what they’re really thinking,” Tyler said. “Whereas a lot of other art forms are more open-ended, poetry is pretty straightforward. I think it’s cool, though, because you can still interpret it to relate to your life, but what they’re saying is pretty specific to their poems.”

Tyler can be found sharing her poems on her website and different art forms on her Instagram.