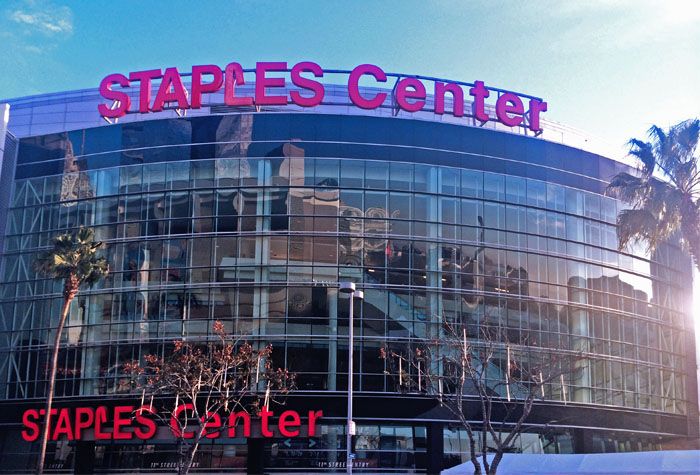 Cinderella runs, tales of redemption and the heartbreak of failure drown NCAA March Madness every year, making for some unforgettable story lines. For the second time in three years, Pepperdine will host a piece of the tournament in the upcoming season.

Pepperdine won the bid to host the 2015 Men’s Basketball Division I West Regional Championships at Staples Center on March 26 and 28, as announced by the NCAA in 2009. The four-year planning process leading up to this year has been a joint effort among the university, the LA Sports and Entertainment Commission and AEG/Staples Center, according to Associate Director of Athletics for Marketing, Karina Herold.

Last year, Pepperdine also took charge of the Men’s Basketball West Regionals at Staples. It was the first time the LA venue had ever held NCAA Tournament games. “The Staples Center staff, Pepperdine staff and the community really rallied around and had a wonderful event,” Herold said.

The NCAA has a tight, uniform structure it holds all arenas to. A tournament manual specifically spells out guidelines “from the color of the table cloth to the way the trashcans are placed next to the tables to the sponsorship issues, ticketing, hotels, security, television and broadcast,” according to Herold.

Despite the organization’s seemingly unyielding grip, Herold said as host, the university gains several unique exposure benefits, as seen in 2013.

Pepperdine is granted logo space on the court (visible to the TV audience), the school name is branded on the ticket stubs, they are allotted editorial space in the program, and in addition, the university paid for digital, outdoor advertising in the Nokia Plaza at LA Live.

How to get into Staples

Athletics sent out an email on March 27 giving “Pepperdine stakeholders” the opportunity to purchase 2015 West Regional tournament tickets before the general public. The offer ends Saturday, May 31, or when they sell out (whichever comes first).

Alternatively, Pepperdine students and faculty can sign-up as volunteers or apply as interns to help the operations staff. Herold said that entails a wide range of tasks from sweeping the courts during games to running stats.

From 2013, Herold said her favorite part of playing a role in organizing the event was “watching our students get to experience that [the tournament] and do such great work and impress both the Staples Center staff and the NCAA staff.”

Herold emphasized that anyone interested in a 2015 volunteer or internship position should contact Athletics as soon as possible.

Gonzaga and BYU stood standing as the final contestants representing the WCC for men and women this season. None advanced further than the third round of the Big Dance.

However, just because the Waves have had early outs doesn’t mean they stopped paying attention to the competition. Sophomore Stacy Davis said he and teammate sophomore Austin Mills attended the West Regionals at Staples in 2013.

“It puts it all in perspective, and makes us work harder,” Davis said. He added that what resonated with him was “how hard they play on defense and how passionate they are. Nobody’s lifting their ego, no one cares who scores, you give all you have.”

Even though Pepperdine is only hosting men’s games, women’s basketball team guard junior Bria Richardson said she thinks it’s great the university has the chance to be a part of history. She also talked about the particularly rough year her team had:

“Unfortunately our record doesn’t indicate how much we’ve grown this season,” Richardson, who averaged 15.5 points-per-game, said. “As a team we’re not satisfied with the past season, but it definitely gives us motivation for next year and the years to come.” 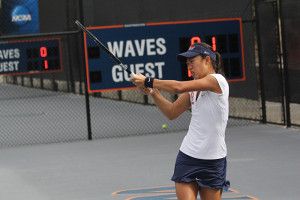 Photo by Brandon Scheirman The women’s tennis team is the undisputed leader in the WCC. Over the weekend, the Waves...
Copyright 2013 Jupiter Premium Magazine Theme
Back to top