The Womack Speech Competition, an annual competition that occurs during the fall semester, will be storytelling themed for the first time for this December’s competition.

The Spotlight Storytelling Festival kicked off on March 30, the first of many storytelling events that are anticipated for next year.

“We could [either] get bigger and bigger each year, like Reelstories, but have it be a singular event, or have them monthly, like a Coffeehouse setting, where each [event] is themed either with abroad stories, first-year stories, graduating stories, etc.,” Hirsch said.

A total of 281 students and faculty gathered in Elkins to watch 11 selected students tell their own personal stories, including last year’s winner of the Womack Speech Competition, sophomore Matt Zupan.

Normally, the students who compete are chosen by faculty who believe those students gave the best speech in their COM 180 course, but this year the genre of speech will be specifically storytelling, Director of Speech and Rhetoric Gregory Daum said last Wednesday night at the Spotlight Storytelling Festival.

Besides Zupan, five other Womack Competition speakers and five students told their stories “just for the art of it,” Daum said to the audience. 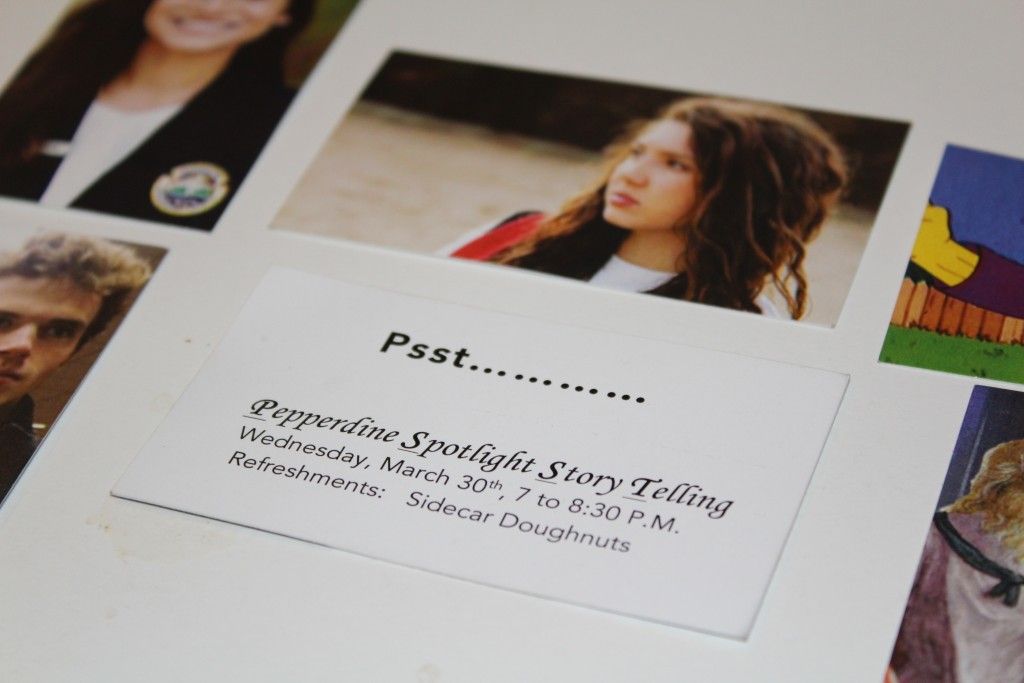 Gose and Hirsch were both in the London abroad program last summer. Gose was given the opportunity to teach a speech class in London, in which Hirsch introduced Gose to the MOTH book titled MOTH: 50 True Stories.

“Emily gave me the book, then I read it, and I realized this would be a great thing to do for speech,” Gose said. “Then, I realized there wasn’t even a chapter in the speech book on storytelling.”

Gose highlighted the importance of storytelling and said there needs to be more outlets for students to use their talents.

“We have theater and music, which are scripted, but we need more things like storytelling,” Gose said. “There’s a lot of students who are trying to get their first job out of college, but don’t know how to tell their story effectively.”

After the six students shared their stories, the audience then voted for their favorite storyteller, who ended up being freshman Tim Good with his personal story, titled “Dying to be Perfect,” about his battle with anorexia.

Hirsch, who Gose called founder of the event, told her story first about the aftermath of a concussion she had in high school and what she learned from her experience.