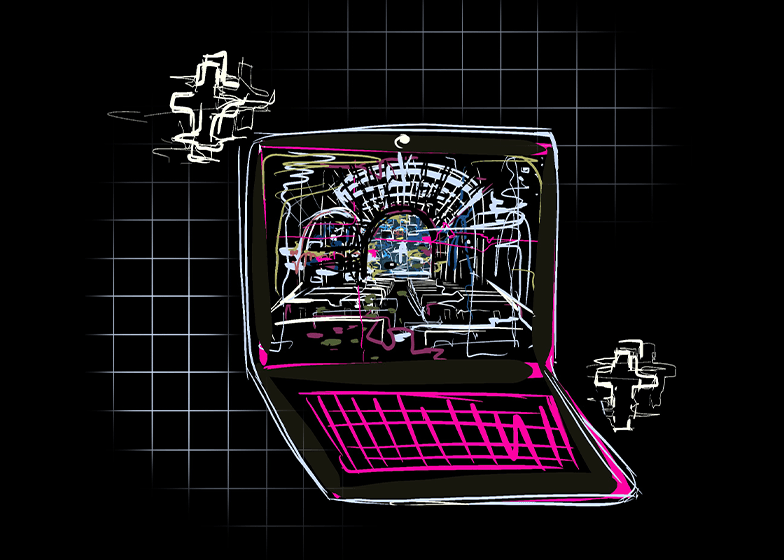 As students, faculty and staff usher in another semester of exclusively virtual events, community members continue to have their faiths impacted by Zoom fatigue and a lack of in-person connection.

The online fall semester led to lower engagement in student-led ministry and difficulty connecting to others for many students, said Rachel Collins, assistant director of Student Ministries. In the midst of these issues, some students and staff forged deeper bonds with God following reduced distractions and busyness during quarantine.

“It’s not as easy as it used to be,” senior Religion major Erin Miller said. “It’s not that kind of joyful celebratory faith that we sometimes experience when you go to school a second away from the beach and watch the sunset every night. But in some ways that makes it stronger faith because I’m relying on God in those hard times, instead of just in the times where everything’s amazing.”

One of the biggest obstacles to students connecting to their faiths virtually is Zoom fatigue. Collins said most student-led ministries had a turnout of about half or even a quarter of when they were in-person.

In addition to individual activities, some student-run ministries — Celebration Chapel, Word Up and Koinonia Campus Mission — worked together with The Well team to put on a weekly worship service called The Gathering in the fall.

Senior Sharonne Niba said she attended The Gathering frequently and found the breakout rooms they conducted at the end of each meeting to be helpful in building connections with students.

Most attendees of The Gathering were first-years, The Well director Taylor Begert said. In the face of Zoom fatigue, upper-level students mainly came if they or a friend were leading.

“I think for upperclassmen, The Well was what it was for all that time; Celebration was what it was; Word Up was what it was, and when you take those take those big, immersive experiences and you make them a little Zoom meeting it’s probably just too hard,” Begert said. “And also you’re sitting there in your junior [or] senior year taking class on Zoom, like the last thing you want to do is go to another Zoom thing.”

As president of Veritas Club, Miller said running club meetings similarly to in-person ones proved ineffective in fall — having biweekly faith-related lectures by faculty delivered virtually were too similar to the Zoom classes tiring members out.

To combat this, Miller said Veritas is forgoing their typical format and structuring the meetings as an ongoing book club. If members can commit to attending at least half of the meetings, they will receive the book for free.

“Hopefully that’ll be a little bit more enticing because it gives people an opportunity to do something off the screen, instead of just staring at their laptop all day,” Miller said.

Working in the Office of Spiritual Life emphasized to Miller that Pepperdine is doing the best it can to provide spiritual opportunities to students — there just haven’t been as many students engaging, particularly at larger, more impersonal events.

Although attendance decreased significantly across different events, Collins said all that really mattered was that the organizations still reached some students in need of spiritual connection — a thought echoed by Begert and KCM President Justin Chai.

KCM maintained similar participation to normal years, with around 50 to 60 members regularly attending. Chai said about 20 first-year students joined the ministry, with many noting that attending meetings and events were some of the few moments that really felt like college.

“It’s really encouraging to hear that if you know you do get involved with these organizations, maybe not just KCM but any of these spiritual organizations, it could really have a huge impact on students right now,” Chai said.

Students and Staff Find God in the Stillness of Quarantine

Quarantine forced many people to spend a lot more time at home than they would otherwise, leading to reduced activity and more alone time. Chai said this period forced him to analyze how centric faith was to his life and to be more intentional in prioritizing time with God.

“When [we] have so much free time, it’s so natural for us to fill it with random things,” Chai said. “But it caused me to be way more disciplined to spend time with God, to have scheduled time with God every single day.”

Collins, meanwhile, said she was pleasantly surprised by how her spirituality grew as a result of life slowing down: With less time spent commuting and engaging with students, she found herself seeking God.

“There’s been a slowing down because my job is so student-centric when we’re on campus,” Collins said. “Personally, it’s given me more space to rest and to get into some of the more quiet or spiritual rhythms [and] so I feel a little bit more in tune with the Holy Spirit in my life.”

Similarly, senior Kurt Goldie said quarantine reduced the number of external distractions — such as working or talking with friends — in people’s lives and brought internal issues and thoughts to the forefront. Goldie said pursuing spiritual mentorship with University Chaplain Sara Barton helped him address the inner noise that emerged during the pandemic.

“Spiritual mentorship is like dealing with all that stuff that we just like to put under the rug but [is] just going to start rotting if you don’t actually deal with it,” Goldie said.

While virtual meetings make it easier to attend religious events in some ways by removing commutes and being available globally, many still struggle with a lack of motivation to attend them or a lack of focus once there.

When attending virtual events, Chai said it’s important to remember that worship does not have to take place in a specific location or way.

“Christians need to realize that church is not just a building you go to, a service you watch,” Chai said. “It’s truly just where the presence of God is and so that I think has also changed my perspective on how God can honestly move in so many different ways that we had no idea [about] — even virtually.”

While it may be easy to go to church or worship events in pajamas or even from bed, Chai encourages students to consider taking it more seriously — a lesson he learned after his grandma admonished him and his siblings for not treating virtual church as sacredly as they did in-person.

One way of staying connected to faith is engaging with other people during or after watching a virtual service — whether over a call, at a distanced coffee date or within the same household, Miller said.

“There really is just something about faith that needs to be tangible and with people that’s really hard to enact alone,” Miller said. “I think it’s just been part of our faith, since the beginning. Jesus didn’t work alone — Jesus worked with his 12 disciples. And Christianity has never really existed in a vacuum; it’s never existed in the absence of community and people and I don’t think we can expect it to now.”

Students Reflect on Lack of Convocation and Spiritual Life Advisors

Chai, who was an SLA last year in Lovernich, said he thinks the lack of SLAs has negatively impacted students’ likelihood of reaching out for spiritual counsel — especially first-year students.

“It’s so easy to get stuck at home and not want to open your computer to talk to someone or reach out maybe to the chaplain’s office, to people they don’t even know,” Chai said. “That’s the beauty of the SLA role — that it’s just a peer to peer relationship where you can be more comfortable opening up about these things.”

Chai said he thinks the lack of convocation is likely appreciated by some students but overall is contributing to less spiritual engagement by those who are not inclined to participate in faith-based activities.

“Without having that mandatory convo I bet we’re seeing a lot of people draw away from the faith and draw away from actively participating in faith because it’s not presented to them,” Chai said. “It’s definitely hurting people.”

Without convocation, Goldie said students are forced to be more intentional in seeking out spiritual activities and connections.

“There’s like a little taste of the real world: no one’s gonna make you do that, in the future, so you’ve got to decide what kind of life you want to live,” Goldie said. “It’s showing people that a lot of life skills kind of rest on intentionality.”