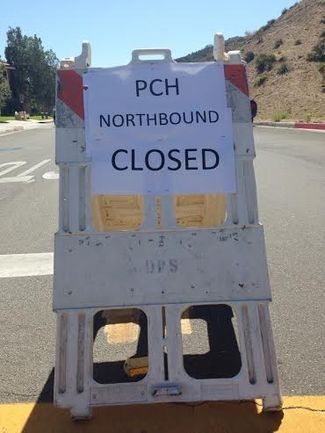 PCH was closed in both directions between John Tyler Drive and Latigo Canyon on Saturday, Sept. 6, due to downed power lines, according to the Malibu/Lost Hills Sheriff’s station.

As of 3:15 p.m., one lane in each direction was reopened, said Lt. Michael Williams of the Malibu/Lost Hills Sheriff’s station.

The closure impacted over 1,500 faculty, staff and student volunteers who participated in Pepperdine’s 26th annual Step Forward Day. Volunteers were transported by buses or shuttles and dispersed at 60 local organizations in the Los Angeles and Ventura counties.

Furthermore, warm weather and high surf attracted beachgoers to the seaside city this weekend, adding to the heavy traffic delays.

PCH was finally reopened in both directions at approximately 8:30 p.m., according to an email sent by Pepperdine’s Public Relations office.