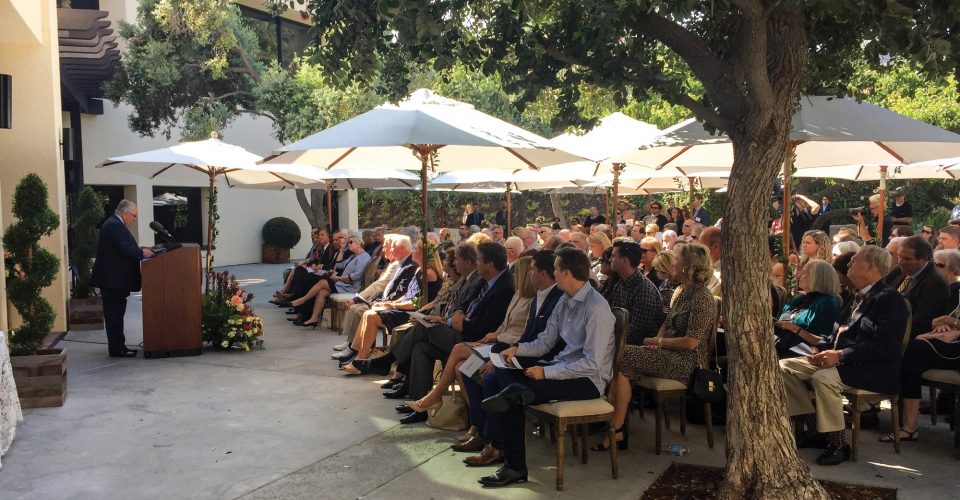 Pepperdine University held a Grand Reopening celebration at Payson Library on Saturday. This invitation-only, ribbon cutting event served as a “thank you” to the donors and other benefactors in attendance and provided them with an opportunity to explore the library in an open house tour.

In his speech, Roosa said due to the updates to Payson, he and the Pepperdine Library staff are better able to serve the Pepperdine students. “This renovated library, like no other library I have seen, enhances that ability and provides each and every one of us with an extra shot of energy when we come to work and walk through those doors. We are ready to serve,” Roosa said.

In addition to benefactors and donors, those involved in the construction of the library were also recognized. These people and organizations included AC Martin, Swinerton Builders, Jeff Benes, Randy Zorn, the Payson Library Design and Construction Team, administrators of the Leadership Team, and Special University Friends.

Professor Michael Gose said he attended the Grand Reopening to recognize the effort that went into renovating Payson Library.

“I think [the grand reopening] is celebrating a lot of people’s hard work so I felt I should be here,” Gose said. A lot of donors supported this [project]. I want to show support for them and the librarians that turned out for it.”

Michael Adams, University chancellor, said he thinks the renovations made to Payson Library are a vast improvement. “I think it will be of great help to the students,” Adams said. “I think it has already become a gathering place for the students and that is a positive thing.”

As guests walked through the library, they were able to see the how the seating arrangements and aesthetic themes differed between study areas.

The Genesis Lab was a point of interest for a number of the guests, as they were able to see the virtual reality equipment and hold the three-dimensionally printed sculptures and tools created by students and Genesis Lab staff.

Adams said he was vice president of Pepperdine University in the 1980s and he remembers renovations that were made during that time.

“I would say that [Payson Library] has never been as commodious, as user-friendly as it is now. I think the people who did most of the work to put this together are to be congratulated because I really do think it’s a 21st century library,” Adams said.

Gose said he had already taken tours of Payson Library. “It’s a remarkable new space for Pepperdine learning,” Gose said. “There are so many different kinds of places in it. That’s what I really like. Nooks and corners and crannies and big tables and large tables and tall tables and couches and leather chairs and cushioned chairs and hard chairs and Starbucks. What else could you want?”

“When my daughter went to the Heidelberg program in—I think it was ’96—we were one of the early [campuses] to have the internet,” Gose said. “That seems like a million years ago to you, but is only one generation ago in terms of age. That’s pretty remarkable. The library has plugins everywhere for people with their laptops and computers readily available.”

Susan Giboney, retired Pepperdine professor and Vice President of Scholarships of the Associated Women for Pepperdine, said the renovated Payson Library is very different from the one she used when she was a student at George Pepperdine College.

“We had a library, but there you had tables and chairs and it was very quiet all the time,” Giboney said. “We didn’t have the technology [that Payson does] and we certainly wouldn’t think of taking food inside; that wasn’t allowed. I think this one is very user-friendly.”

Giboney said she has seen students using the library to work on group projects.

“I think [Payson Library] is very accessible that way,” Giboney said. “I see more students using it now than I have seen in the past and they seem to like it. I like it when a library is the ‘hangout place.’” 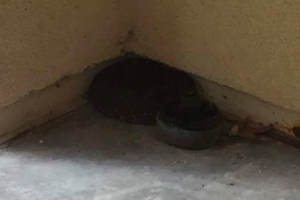 Photo courtesy of Sierra Perry Junior Sierra Perry said she found a rattlesnake by P-block in Drescher when she went to get her clothes...
Copyright 2013 Jupiter Premium Magazine Theme
Back to top