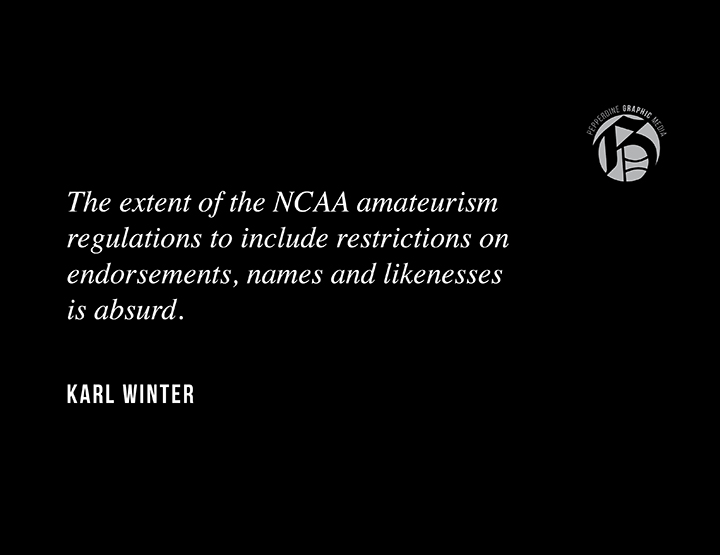 The California State Senate unanimously passed a recent bill known as the “Fair Pay to Play Act.” The bill is now on the desk of Governor Gavin Newsom.

The bill does not force universities to pay student-athletes, but it does allow student-athletes to hire agents and to profit off their own names, images and likenesses.

The National Collegiate Athletic Association (NCAA) is not happy about this and has threatened to sue California, along with ban California schools from NCAA championship events, if the bill becomes law.

California lawmakers are hoping to set a precedent and lead other states to pass similar laws that will force the NCAA to change its rules regarding amateurism. South Carolina legislators reportedly appear to be the first to follow suit.

The first two examples above apply to only a small percentage of student-athletes. Most student-athletes, including probably all of the student-athletes at Pepperdine, are not making merchandise money for their school. Most collegiate athletics programs spend more than they earn. No one is asking for every student-athlete to be paid.

However, the extent of the NCAA amateurism regulations to include restrictions on endorsements, names and likenesses is absurd. Hopefully, California will have some success in its legal standoff with the NCAA and universities around the nation. These institutions are clearly reluctant to release any inch of control over their student-athletes.

Building a personal brand is now as important as ever, especially in the world of sports. How are student-athletes supposed to market themselves if they can’t earn money?