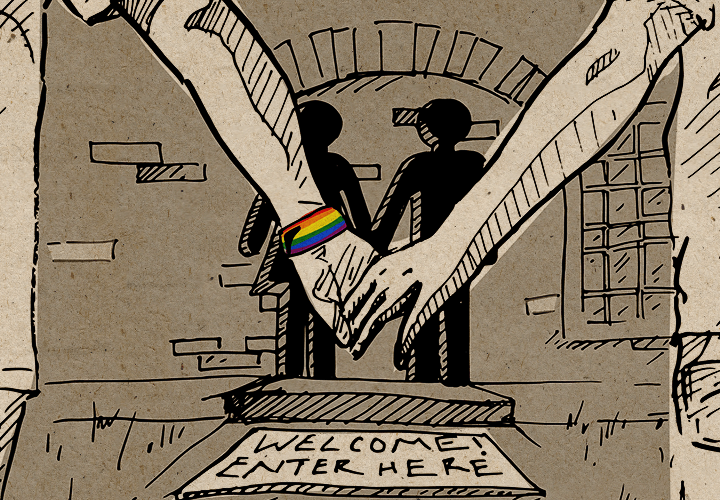 Typically, people think of relationships as monogamous and between a man and a woman. But for those who are LGBTQ+ and with same-sex attraction, this isn’t always the case.

Heteronormativity should not be the standard for relationships. People should learn to accept the various ways people form relationships — especially in regard to the LGBTQ+ community.

Heteronormativitiy refers to views and actions that promote heterosexuality, or being straight, as the normal, default way of expressing sexual and romantic relationships.

More specifically, this can look like a monogamous relationship between a man and a woman implied as the default of what a healthy and wholesome relationship is.

For the queer community, these views aren’t something they can always fit into and can even be damaging for those who don’t align with them. However, some members of the queer community do try to fit into this unfair narrative of what a relationship should be.

“You want the house with the picket fence, you want the husband or the wife, you want the two-and-a-half kids and a dog and you want the 9-to-5, and it’s very like a compartmentalized nuclear family,” said Hope Lockwood, junior president of Crossroads Gender and Sexuality Alliance. “It just happens to have two people of the same sex.”

This stereotypical way of life is what some LGBTQ+ individuals strive for — and they still receive scrutiny. Yet, those who are straight can stray away from this norm and still be considered valid and sexually expressive.

“Straight people get to do whatever the hell they want; straight people get to go out and have multiple partners, they get to go out and go drink and party and have sex with whoever they want, and they’re allowed to do it because they’re straight,” Lockwood said. “So, why aren’t we allowed to do that; why is it that it’s suddenly so appalling for a gay person to want to do that?”

Christianity — and other religions, of course — place a huge emphasis on purity and chaste relationships. In religion, sex is always scrutinized — straight or otherwise — but when LGBTQ+ relationships are thought of as purely sexual, it causes a lot of misconceptions.

For some, when they hear the word “sexuality,” they focus so much on the aspect of sex that they forget the romantic aspect of sexual orientation. This is mainly seen in religion — one of the biggest contributors to creating this societal norm.

“Christian people will tie it [sexuality] to sin more than as if it kind of relates to romance,” said Abraham Kahkish, senior vice president of Crossroads GSA.

People can clearly see the religious influence on sexuality, from political legislature to even Pepperdine’s own Sexual Relationship clause in the Student Code of Conduct.

The portrayal of queer characters in the entertainment media also paints LGBTQ+ relationships in unrealistic extremes.

“In TV, there is that hypersexualization, but then there are the gay characters who never get a relationship. They never are seen in any sexual matter, they aren’t seen kissing anyone. They just say, ‘Oh yeah, they’re gay,’ just to throw in there, but it’s always zero or 100,” said Danica Christy, junior and event chair of Crossroads GSA. “They never get a normal relationship, or in the same way, they’ll have either a perfect relationship or constant drama. They never get that middle ground that straight couples do in TV.”

Living this way of life causes people in the LGBTQ+ community to feel as if their identities need to be spectacles and can’t just be for themselves.

Luckily, there are ways to move away from this mindset.

“Public figures, as well as social media, are where we can drive out the heteronormativity,” Kakish said.

Seeing more people — celebrities or otherwise — become comfortable and accustomed to the different ways people express themselves openly and personally is a great start to changing this mindset. Stars like Joshua Basset and JoJo Siwa coming out are prime examples, especially among youth. Then, culture naturally changes to where no one has to fit into this mold of heterosexuality as the default.

It’s also key to remember the LGBTQ+ community isn’t responsible for how homophobes and the current status quo want to define them. They fit outside the norms and binaries the world tries to place them into.

Get over it. People are going to live how they want to live — it’s not the LGBTQ+ community’s job to make being queer better for others.

“We have tried completely separating our sexuality, and being so controlled and digestible, and they still didn’t like us then, and now we’re rebelling they obviously do not like that,” Christy said. “I really don’t know if there’s anything that we as a community can do, nor do I think that it’s our responsibility to make ourselves digestible and comfortable for any homophobic people.”

Opinion: Why Year 2 Welcome Wasn't Worth It 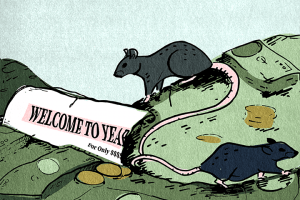 Opinion: Why Year 2 Welcome Wasn't Worth It

Art by Samantha MillerThe Pepperdine Year 2 Welcome was meant to be a fun social experience for both sophomores and transfer...
Copyright 2013 Jupiter Premium Magazine Theme
Back to top