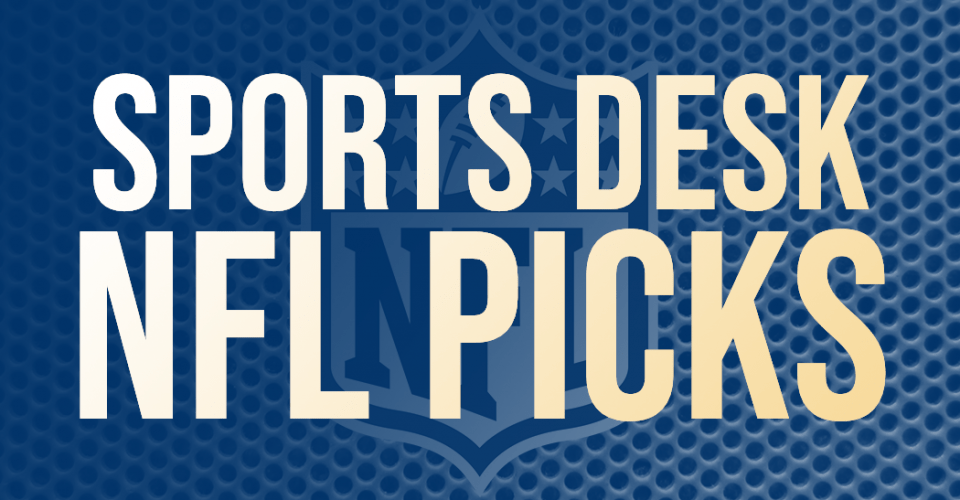 The 2021 NFL season is set to kick off this Thursday, Sept. 9, with the Dallas Cowboys traveling to the home of Super Bowl LV champions Tampa Bay Buccaneers.

The name of the game this season: adapt. This is the longest regular season in NFL history, as it will feature 17 games, and the second season in a row where COVID-19 will play a major role. The NFL has varying testing requirements for vaccinated and unvaccinated individuals, and players will have to adapt to the risks and requirements of sports in the era of the pandemic.

On the field, arguably the biggest storyline of the year will be the Tampa Bay Buccaneers’ bid to repeat as champions. Tom Brady will be chasing his eighth ring, while the Kansas City Chiefs will look to avenge their defeat in the Super Bowl and take that last step towards glory. The Bills, Packers, Seahawks and Rams will have a say as some of the favorites to knock the Bucs and the Chiefs off of their respective pedestals. Or maybe there’s a dark horse somewhere else in the pack — only time will tell.

There were some big moves in the offseason, with teams shoring up weaknesses and making bids to prove they’re real contenders. Julio Jones is a Titan, Mathew Stafford is a Ram and the Chiefs revamped their offensive line. Trevor Lawrence and Urban Meyer are in the NFL, as quarterback and head coach of the Jacksonville Jaguars, respectively. Speaking of personnel changes, there’s a “baaad, baaad man” who may be singing his swan song in Green Bay.

More importantly, there’s been some turnover in the NFL Picks staff.

Staff writers Joe Doonan and Austin Lede’, and Sports Editor Alec Matulka enter the fray, with varying degrees of NFL knowledge and their hearts and minds set on NFL-guessing glory. Returning from last year’s picks are Digital Editor Karl Winter and Creative Director Ali Levens. These five intrepid reporters have committed to picking each and every NFL game in the 2021-2022 season.

Each of us bring biases: Joe and Ali are loyal to the Giants, Karl likes the Bears, Austin is a Rams fan and Alec mostly watches soccer. But we will always seek to justify our picks, be it through knowledge, statlines or who has the cooler mascot.

“I’ll go with the Bucs: bring back all 22 starters from a Super Bowl winning team and that is a recipe for success. Cowboys always manage to disappoint, even more than you think they’re going to.” — Karl

“I will go for the Bucs also. I don’t like the Cowboys, and I think they’re gonna crap their pants like they did last season (hopefully this doesn’t result in their quarterback getting injured, but you know).” — Ali

“I’m gonna go with the Seahawks, for no other reason other than, me being from Seattle and all, I feel like someone would come and attack me if I said anything else.” — Alec

“I got the Seahawks too. I think they’re a way better team, and I don’t know if Carson Wentz or Quint Nelson are 100% because they just both came off the same foot surgery. Russell Wilson also always starts off hot.” — Austin

“This one has storylines written all over it: you’ve got the debut of Trevor Lawrence for the Jags, you’ve got Deshaun Watson, who is playing despite having a bunch of sexual assault allegations against him for sexual misconduct, Urban Meyer’s debut as a coach, and David Pulley’s debut as a coach. So I don’t know; it could be fun, it could be a mess. I’m going to go with Trevor Lawrence and the young guns of the Jags on the road.” — Karl

“I will be going with the Falcons. I’m hoping the Eagles get the Gardner Minshew curse, that’d be fantastic. I don’t like the Eagles, so this wasn’t a hard pick. Also, Matt Ryan’s just kind of fun. Basically: Matt Ryan is fun, Gardner Minshew is funny (and bad).” — Ali

“I’m gonna go with Atlanta as well, mainly because I don’t trust Jalen Hurts yet; I just don’t know if he’s going to be a consistently good quarterback, so I’m gonna go Atlanta also. And I have Calvin Ridley on my fantasy team, so I’m going to count on him to have a big game.” — Joe

“I went with Washington on this one, because the only thing I know about the Chargers is that they lost 27-0 against the Seahawks in preseason. I think the Seahawks are supposed to be pretty good, but I still think that makes the Chargers look bad.” — Alec

“I’m going to go with the Chargers. Still salty about Washington, and Ryan Fitzpatrick is very hot and cold. I’m hoping this will be a cold week for him; I want him to get off to a terrible start, that way the Football Team doesn’t win any games.” — Ali

“Josh Allen really took off last year and proved he was one of the top quarterbacks in the league. And they gave him more weapons, like they got Stefon Diggs, Cole Beasley and they added Sanders, and I think Zach Moss might go off, he’s an underrated pick too.” — Austin

“I watched a 30 for 30 documentary a while ago about the time the Bills went to four straight championships and lost all of them, which I thought was really sad. So I’ve always kind of rooted for the Bills ever since then, so I’d enjoy seeing them do well.” — Alec

“It’s a lock pick for me. I’ve got the Niners. The Lions are trash; I’m not inspired by Jared Goff at all over Matt Stafford. The Niners have interesting storylines because some people are going to call for Trey Lance to be their starter. I think they could be successful either way so we’ll see, but a healthy 49ers team is dangerous.” — Karl

“I’m also going Niners for sure. Jared Goff, when he was with the Rams, always struggled against the Niners. I think he’s only beaten them a couple times, and he’s played them a lot.” — Joe

“Definitely not the Bengals, they are not good. I don’t know any players for them, so therefore, I don’t deem them a valid NFL team. So I’ll be going with the Vikings.” — Ali

“The Panthers were just irrelevant to me last year; I didn’t care about them at all and I usually pick their games incorrectly. So I don’t really have much love or hate for them. But the Jets are going to take a little bit to figure things out, so I’m gonna have to choose the team with Christian McCaffrey on it, which is Carolina.” — Karl

“I’m going to go Panthers for that same reason. I think both teams aren’t great, but the Panthers have the best player on the field.” — Joe

“They still have Derrick Henry, right? Because I remember, there was an ad [during the 2020-2021 playoffs] that said something like ‘Derrick Henry will run through just about anything,’ and I was like ‘oh yeah, this guy’s good,’ so I figured if they still have him, then they probably have a good chance of winning this game.” — Alec

“I’m going to go Arizona, mainly because I trust their defense a little more than I trust Tennessee’s defense. I mean, obviously we haven’t seen them play yet, but just on paper and going back to last year. And also AJ Brown for Tennessee is questionable for the game.” — Joe

“If I know one thing about the NFL, it’s that Patrick Mahomes is a good player, and he is on the Chiefs. So I will be going with the Chiefs.” — Alec

“Man, this is one to get excited about for sure. In the Sunday afternoon slate, it could be high scoring for sure. I think I’m gonna have to go with the Chiefs, partially because they are not the reigning Super Bowl champions, and I don’t think they’re going to have a hangover. They’re going to be a little bit hungry, and they’ll have the home field advantage.” — Karl

“I have nothing against the Patriots, I just think they’re a little fresh, especially since they just got rid of Cam Newton like a week ago.” — Ali

“Sorry to the Giants fans here, but I’m going to channel my good friend Kyle McCabe (and I may be kind of biased, but may he rest in peace — he’s not picking with us this year) and pick the Broncos, for the sake that he tells me that they could be one of the best defenses in the league this year, and I think I agree with him.” — Karl

“I mean, as a Giants fan, it’s been kinda rough these last couple of years. Especially week one, I don’t think we’ve won a week one game in like six years or so. But the Giants made some additions in the offseason — they got Kenny Golladay, who is one of the best deep threat receivers in the league — and Daniel Jones, probably the best part of this game is going to the deep ball.” — Joe

“I think the Saints will regress a little bit without Drew Brees, obviously, but I do think Jameis will have a good year. I think they might win 9 or 10 games with Jameis; if there was a most improved award, like in basketball, I think Jameis might win that award, but yeah I got the packers.” — Austin

“The Rams obviously; they’re my favorite team. I’ll never pick against the Rams, so you can mark that down for the rest of the year. I think Jared Goff really held us back last year, and we still won 10 games with him, got to the playoffs, and won a playoff game against the Seahawks. We had the No.1 defense last year, and I think Matthew Stafford is just going to take that next step and go into the playoffs. He might even win MVP.” — Austin

“I’m excited for the Raiders and for the city of Las Vegas to have fans at this game. But I’ve also got to go with the Ravens. I just trust everything that they do in a week one game more than the Raiders, who are pretty inconsistent. I think they’re going to have trouble with I guess the three-to-four headed monster of the Ravens running attack.” — Karl

“I remember I watched the Ravens playing against the Browns last season, and Lamar Jackson had to use the bathroom in the middle of the game, and so he ran off the field at like a pivotal point […] Anyway, I just think that’s another reason to root for the Ravens.” — Alec 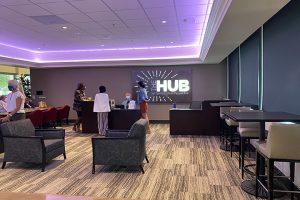 The Hub for Spiritual Life at Pepperdine aspires to be a central location for students in the exploration of their faith...
Copyright 2013 Jupiter Premium Magazine Theme
Back to top