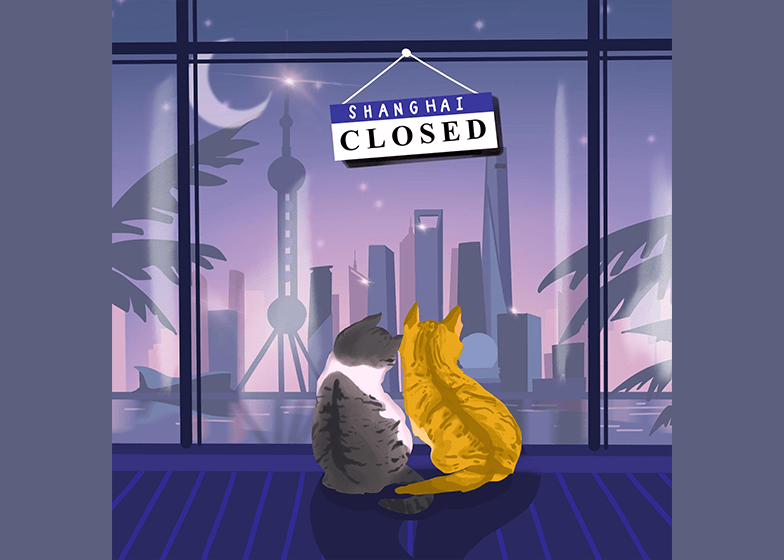 Dean of Seaver College Michael Feltner announced the permanent closure of the international program in Shanghai to the Pepperdine community via email March 10. The decision to close this particular program at this time brought some dissatisfaction and disappointment from students. Pepperdine’s cancellation of the Shanghai program exposes the administration’s financial and political failures.

The Shanghai program could not withstand the COVID-19’s impact primarily due to Pepperdine’s financial mismanagement.

In fact, opening a campus in Shanghai is not sustainable for Pepperdine at all.

For example, one square meter in the city of Buenos Aires costs about $2,843, according to The Bubble, and one square meter in Lausanne costs about $11,610, according to GlobalPropertyGuide. To maintain the same property size, Pepperdine must pay six times more in Shanghai than in Buenos Aires and 1.5 times more than in Lausanne.

In addition, the Shanghai program was Pepperdine’s only international academic year program located in a majority non-white, non-Christian, non-western, non-capitalist and non-Indo-European speaking country. This program’s uniqueness can be one of its advantages, but it also can be a challenge for the participants.

Since China is racially, religiously, geographically, socio-economically and linguistically different from the United States, it is understandable that the culture shock and discomfort the Shanghai program’s participants experience are severe. Therefore, the enrollment of the Shanghai program was expected to have a “diminishing enrollment demand,” which indeed became one of the reasons for this program’s closure.

In 2007, the University still opened a campus overseas in Shanghai — one of the world’s most expensive places according to TimeOut. So, the administration must have canceled this program since the investment in Shanghai is so nonviable.

In the past year, the international image of China drastically deteriorated due to accusations of covering up COVID-19 spreads and human rights abuses against Muslims in Xinjiang.

The allegations against China for supposedly distorting COVID-19 case numbers are disputable because some health experts and United Nations Secretary-General António Guterres praised China’s efforts and transparency during the pandemic.

The claim of China persecuting Muslims might also be inaccurate because 50 countries, including Saudi Arabia, the United Arab Emirates and Egypt, endorsed China’s Xinjiang policies and claimed the Chinese government did not commit human rights abuses against Muslims.

Regardless of the questionable allegations against China, this country still inevitably has a hideous and threatening international image, especially in the West. In addition, its distorted appearance reveals many Americans do not have an objective view of China, which is completely unhelpful.

China’s international image in the eyes of Americans is not only monstrous but also weak and fragile. For example, conservative columnist Gordon Chang repetitively claims China will collapse soon.

It is impossible for a country to be both monstrous and weak at the same time, but this is how China appears to the United States now. American media and politicians refer to China as both an evil and powerful tyranny yet also a malfunctioning and collapsing regime.

China is mysterious because most Americans don’t have the chance to go to China in person due to the distance, visa issues and other difficulties. After the closure of the Shanghai program, some students lost an opportunity to visit there. Nonetheless, it’s important for Americans to have an objective view of China. As U.S. Secretary of State Antony Blinken said, “It’s not a secret that the relationship between the United States and China is arguably the most important relationship that we have in the world going forward.”

People cannot effectively interact with China without a deeper understanding of it. Pepperdine students — as future world leaders, concerned citizens and effective business people — need to have an accurate understanding of China to create a better world. The best way to do this is to step on the soil of China. Unfortunately, this opportunity is no longer available to Pepperdine students.

Since Pepperdine closed the international program in Shanghai, students lost a precious opportunity to learn about China in person and eliminate its distorted appearances.

The Pepperdine administration should open another international program in China after the pandemic not only because of China’s cultural importance but also its geopolitical and economical importance. Moreover, this program should be located in a city more affordable than Shanghai.

China is more than Shanghai. Many cities in China, such as Chongqing and Guangzhou, can also provide a vibrant environment for the Pepperdine community at a much more affordable price.

Other than financial concerns, having international programs in China can be one of the ways to ease political tensions between the United States and China.

With the experience of living in China, Pepperdine community members can fact-check what they hear from the media and politicians, thus forming an objective view.

Other than learning its geopolitical and economical importance, having international programs can also provide the Pepperdine community with an opportunity to learn and experience Chinese culture and the Chinese language.

But, for now, it’s time to say “Zeh Wèh,” which means “goodbye” in Shanghainese, to Shanghai. Hopefully, Pepperdine will say “Nǐ Hǎo,” or “hello” in Mandarin, to a new international program in China.