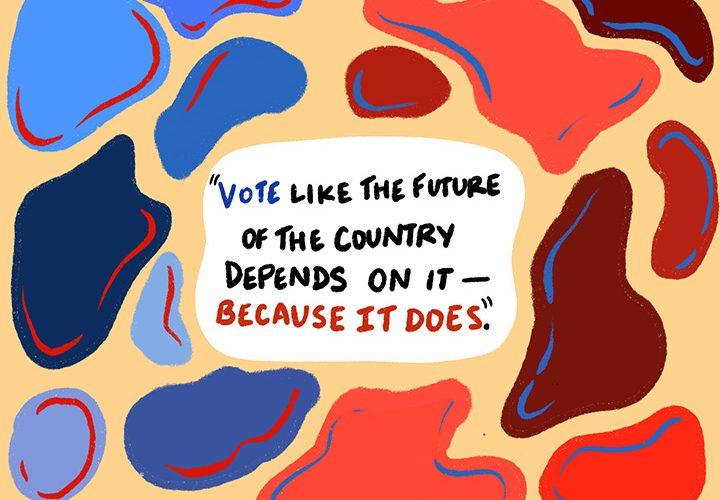 If the 2020 election were a normal election, campaigns would be scrambling to find the perfect “October Surprise,” or election-altering scandal. To no one’s surprise, President Donald Trump has made this election atypical in every sense of the word; as a result, Americans are drowning in headlines — each disturbing enough to distract from the one before.

In the span of a week, Americans received evidence that President Trump paid almost nothing in taxes, witnessed a presidential debate labeled the worst in history, listened to a recording of the first lady cussing out her responsibilities toward caged immigrant children and watched the grossly hypocritical nomination of a Supreme Court Justice — all before Trump’s super-spreader event resulted in a COVID-19 outbreak in the Republican Party.

In the midst of the frenzy, people from both political parties are questioning the capability of the American political system. In the Oct. 7 “Saturday Night Live” season premiere, host Chris Rock went as far as to suggest abolishing the office of president altogether.

Perhaps only time can reveal whether the system is broken past the point of no return, but one thing is certain: The Trump administration exhibits a blatant disregard for science, rules and tradition, which severely comprises the sanity, security and dignity of our country. For any sense of normalcy to return to the U.S., Americans need to reflect on the true meanings of integrity and credibility — and vote accordingly.

Though policy should be the central focus of an election, the urgency of the upcoming election has nothing to do with the Republican or Democratic platforms. Regardless of political opinions, Americans must stand against all instances of gross misuse of power.

Thanks To Trump, Science is Now History

For decades, politicians disregarded science by denying or downplaying climate change, but few have actively undermined scientific fact in the way President Trump has, not only throughout his term but in the past month alone.

On Sept. 14, when presented with evidence concerning the fires devastating California, Trump said, “I don’t think the science knows.”

Dismissing evidence instantly, without using concrete facts in a rebuttal, is incredibly dangerous. Politicians can disagree over opinions, but there is no fighting statistical truth.

Vice President Mike Pence made a similar remark during the Vice Presidential Debate, telling Sen. Kamala Harris that she is entitled to her own opinion but not her own facts. Pence used these words, however, to defend one of his own false claims about Biden’s position on fracking. When Pence and Trump incessantly manipulate the line between fact and truth, the U.S. loses all credibility.

While Trump’s inadequate response to the fires gained quick media coverage, most Americans likely forgot, thanks to the administration’s newest aversion to science.

After months of downplaying the pandemic and ignoring his own appointed experts’ guidelines on controlling the disease, Trump and a long list of his colleagues tested positive for COVID-19.

Normally, an attack on a sitting president’s health would inspire national unity. This, however, was impossible because the White House would not be transparent about the details of the situation. Instead, it skirted around the severity of the diagnosis and displayed an utter disregard for protocol.

For months, Trump has ignored almost every COVID-19 guideline to convince Americans the virus is not a threat, and ever since his diagnosis, he has done the same. This behavior is a slap in the face to doctors, scientists and over 214,000 citizens who this disease killed. In the process, he put hundreds of others in danger.

After the president knew Hope Hicks, an adviser he had close contact with, tested positive, he and others in his circle continued to attend large events without social distancing or wearing a mask.

Any person in contact with someone carrying the disease should quarantine for at least 14 days, according to the Centers for Disease Control and Prevention.

Many questioned whether the White House planned to hide the outbreak from the public since a journalist for Bloomberg — not the White House — released the news of Hicks’ infection.

This claim has some legitimacy since the White House refuses to disclose when he last tested negative, causing many to suspect he knew he was infected prior to attending large events.

Rules No Longer Exist in the White House

The president visited 113 public events between his last known negative test and the night when he revealed his COVID-19 infection, according to Factba.se, an online database with Trump’s calendar and travel information.

Despite upward of 20 presidential staff and Republican politicians announcing positive results, White House Press Secretary Kayleigh McEnany continued to address crowds of journalists. After interacting with hundreds of people, she too tested positive. Other members of the administration like Mike Pence are continuing this behavior, ignoring CDC guidelines. Even President Trump announced plans to return to the campaign trail in Sanford, Fl despite traces of COVID-19 still appearing in his medical tests.

Through all this chaos, it’s easy to forget that one of the most iconic women in America, Supreme Court Justice Ruth Bader Ginsberg, died Sept. 18.

Instead of taking time to honor Ginsberg and her accomplishments as she deserved, many Americans were struck with panic about how her death could be used against the American people.

Despite the 2016 Republican precedent that vacancies should not be filled during an election year, Trump and his colleagues are racing to confirm a new justice in the next few weeks as millions of Americans hit the polls.

This plan was ridiculous before, but it is even more preposterous now that several members of the judiciary appointment committee have tested positive for COVID-19 and the nominee herself, Amy Coney Barrett, fits the requirements for a quarantine recommendation. Resuming meetings not only endangers other members of the senate but their staff and other service workers, as well.

In line with President Trump and his associates’ poor decision making, at the first Presidential Debate, the Trump family arrived late so they would not be tested as the rules indicated, then refused to wear their masks as they watched the debate, Fox News host and debate moderator Chris Wallace said.

Throughout the debate, which CNN host Jake Tapper described as a “hot mess inside a dumpster fire inside a train wreck,” Trump refused to follow the rules his own campaign had agreed to.

Truth and Decency — Where Are They Now?

Following the debate, politicians and spectators on both sides of the aisle labeled it the worst U.S. presidential debate in history.

Much of this is due to the President’s vicious and childish behavior. He interrupted Joe Biden 145 times, according to the debate’s hosting network Fox News. Over half — 74, to be exact — of those interruptions were not aimed at Biden but at the moderator, Chris Wallace.

Aside from his behavior, much of Trump’s words were false, according to Fact-Checker Daniel Daly, who called the performance an “avalanche of lying.”

It is bad enough that a pre-debate Fox News editorial advised former Vice President Biden to “stay away from attacking racists and xenophobes.” But worse, a sitting U.S. president had to be asked on national television to confirm whether he would condemn white supremacy. The fact that this answer wasn’t an immediate “yes” should have been the only October Surprise needed to secure Trump’s loss.

Our expectations of a sitting president are now lower than ever. Normally, presidents at least attempt to stand for equality

Yet given Trump’s history, no one was surprised when he refused multiple opportunities to answer the simple yes-or-no question. But, alas, President Trump had to set the bar even lower by calling on white supremacist group the Proud Boys and telling them to “stand back and stand by.”

Who can be proud of a country where entertaining terrorists is a shameless strategy to win an election?

The term “presidential” — once used to describe people of dignity and class — bears no resemblance to Trump, who selfishly spews hateful and divisive rhetoric every chance he gets.

Trump embarrassed the country again when he brazenly interrupted Biden’s statement on his dead, decorated war veteran son to mock Biden’s other son for a past drug addiction.

This too should not be surprising — just weeks before the debate The Atlantic revealed that Trump also called U.S. soldiers who died in combat “losers” and “suckers.”

It is actions like these that distinguish Trump from his predecessors and tarnish the office of the president.

Despite Trump’s behavior, the role of a president is not to rule the country however they see fit. Because of the U.S. three–branch system of government, the president does not have much legislative power. The House of Representatives writes laws, the Senate passes them and the Supreme Court upholds them. Presidents do have the power to release executive orders, though most presidents use them sparingly to respect the legislative system. The Supreme Court shot down many of Trump’s executive orders — including his recent attempt to ban TikTok — because of their unconstitutionality.

What Is the Point of Having a President?

Arguably, the most significant roles of the president are to unite and support the country, offer guidance and optimism during times of peril and represent the nation with dignity on a global level.

Instead, President Trump prides himself in pitting the American people against each other, and against the rest of the world, while devaluing truth and science in the process.

Titles like “commander in chief” and “foreign ambassador” are merely names for him to brag about, as he does not show the utmost care for these responsibilities.

The other crucial responsibility of the president is to appoint the federal bureaucracy’s top positions.

In a dictator-like fashion, presidential advisers and staff are a revolving door of Trump’s friends fired the moment they disagree with him. The remaining positions belong to none other than the president’s own children and their spouses. Trump’s never-ending replacements set century-breaking records and are a gross display of nepotism.

The U.S. has a lot of problems — this isn’t new. Unfortunately, politicians cannot focus their efforts on solving the issues voters care about. Instead, they are forced to constantly respond to the president’s chaos, scandal and corruption.

Many of the accusations Trump faces — testing positive for COVID-19 earlier than he claimed, paying only $750 in taxes over several years, committing rape — could be eliminated if he provided documentation or DNA sample to refute them. Instead, he brushes off everything as fake news.

If Trump were truly innocent and believed in truth, why not use evidence to clear his name?

While the president’s behavior is disappointing, it is sadder that Americans allow him to believe he does not have to prove his innocence in order to earn the title of president of the U.S.

Now, the American people must vote to restore a sense of honor to the government.

Americans don’t have to live in a world where tweets or notifications constantly alert them of a new fright. Despite Trump’s attempts of suppression, students have a voice and can be heard through voting, volunteering, contacting politicians, creating petitions and protesting peacefully.

Vote like the future of the country depends on it — because it does. Remember this election cannot be Democrats versus Republicans; it must be America’s values of decency, honor and respect versus dishonesty, fraud and manipulation. If not, October Surprise-level headlines will prevail as a daily part of American life.

With the Right Resources, Pepperdine Students will RISE with Resilience 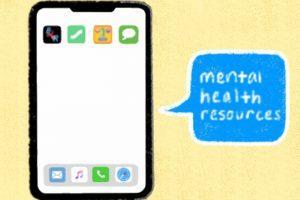 With the Right Resources, Pepperdine Students will RISE with Resilience

Art by Leah Bae One in five students claimed their mental health has “significantly worsened” during COVID-19, and over...
Copyright 2013 Jupiter Premium Magazine Theme
Back to top