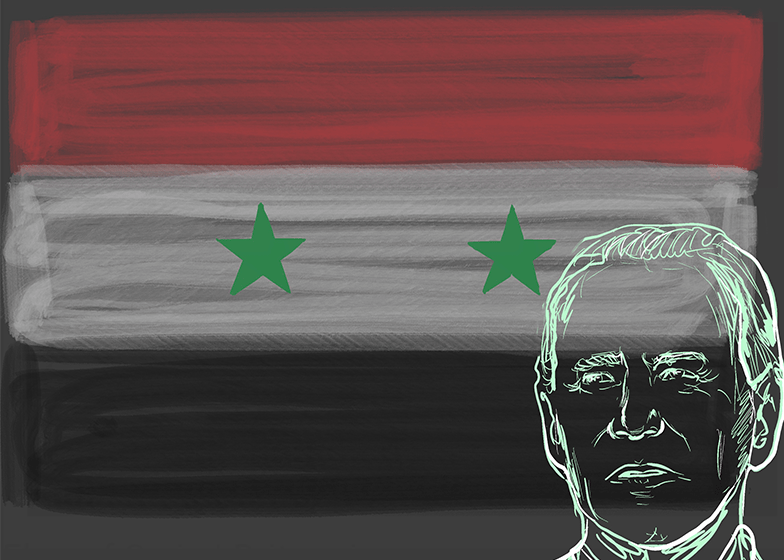 President Joe Biden declared “America is back” at the Munich Security Conference on Feb. 19 . What also is back is U.S.-led intervention in Syria. On Feb. 25, Biden authorized U.S military to initiate airstrikes on Iranian-supported militia groups in Syria.

Biden’s decision of taking military action in Syria raises concerns regarding human rights and a new wave of the refugee crisis. To prevent Biden’s power abuses, the American people should pay close attention to Syria and its nearby regions while being more attentive to other countries.

During the Arab Spring, massive protests occurred in multiple Arab countries, including Syria. Anti-government forces, such as the Syrian Interim Government and Islamic State of Iraq and the Levant, demanded President Bashar al-Assad to step down from his position for allegedly organizing unfair elections and human rights abuses. Eventually, the conflicts escalated.

In 2011, the Syrian Civil War broke out and former President Barack Obama decided to intervene in 2014. Nonetheless, after the inauguration of former President Donald Trump, the presence of the United States in Syria gradually reduced and Trump ordered to withdraw U.S. troops in Syria in 2019.

Biden’s decision to take military action can be considered a continuation of Obama’s policies on Syria since both Obama and Biden took a more assertive approach in Syrian affairs.

The United States’ policies regarding the Middle East are nothing to glorify. The U.S.-led coalition allegedly killed 2,934 civilians, according to the UK-based non-profit company Airwars.

Furthermore, the United States is also partially responsible for causing the refugee crisis in Syria. If President Biden wants to make the American intervention in Syria effective and ethical, he must not follow his predecessors but should ask for help from the international community and specifically cooperate with the United Nations.

The United States’ presence in Syria complicated the situation of the Syrian war, caused civilian death and elongated the war. Nonetheless, Obama did not face any serious consequences.

It is time to change.

There are multiple ways for people to monitor the United States’ military actions, such as reports from news agencies, NGOs and the United Nations.

The consequences that Biden will potentially face should be corresponding to the seriousness of the unethical behaviors the U.S. troops commit.

If U.S. troops only commit minor unethical behaviors, such as making the war devastatingly long, people can refuse to vote for representatives and senators that endorse Biden in the next midterm election or refuse to vote Biden in the next presidential election. If the unethical behaviors are serious, such as massive killings, people should demand an impeachment and even persecute Biden as a war criminal.

On the other hand, if Biden’s military actions are ethical and effective, people also can credit him by keeping him in the White House and nominating him for peace awards.

Obviously, the Syrian problem is more important than Biden’s personal political career; it is associated with millions of lives, global peace and security because of Syria’s geographical and cultural importance. Therefore, the United States should not be the only country involved in Syria. Solving the complicated issue in Syria requires efforts from the international community to help and avoid proxy wars in Syria.

To bring the efforts from the international community into Syria, the United States should cooperate with the United Nations. Demanding the United Nations to get involved in Syria can not only aggregate some irreplaceable efforts and resources, such as Blue Berets and the Refugee Agency, but can also keep American Primacy in Syria in check.

Besides, the United States is not the only country that intervened in Syria. Several other countries, such as Russia, Iran and Turkey, are involved in the Syrian war as well and their stances are not the same as the United States. The United Nations can provide a platform for negotiation.

If Biden takes military action in Syria for the sake of the people and the well-being of Syria, then Biden should initiate actions alongside the United Nations. Syria is not only the home of millions of Syrians but also a member of the international community.

Any action that Biden takes in Syria should fully respect the Syrian people and the international community. To make sure Biden’s Syrian policy is ethical, American citizens have an utterly important role to play. American citizens should pay close attention to Syria and use their votes wisely because their decisions are connected to millions of Syrians.