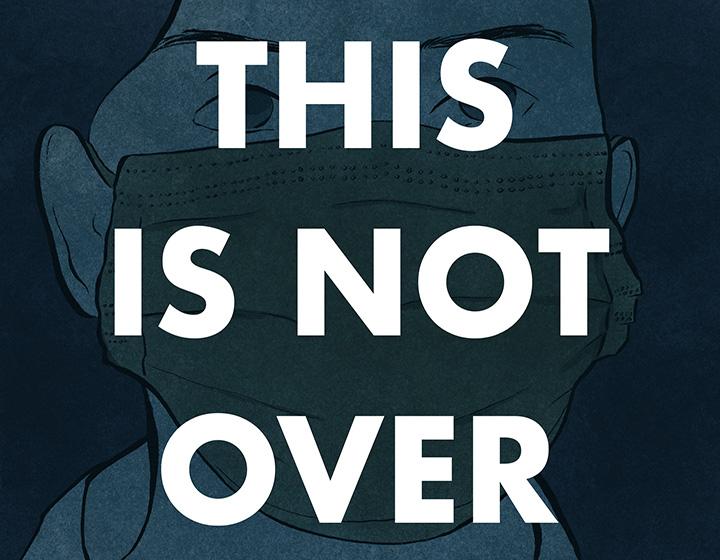 The World Health Organization estimates the highly contagious virus has infected 10% of the world’s population already, but its spread is not equally distributed between nations. The U.S. is winning a race it should not be proud of.

The U.S. needs to let go of its hubris in claiming the nation’s pandemic response is successful and instead learn from other countries that have been far more competent in subduing the pandemic.

New Zealand and Taiwan report very few cases of COVID-19 because they have infection control measures that have prevented substantial community spread. Virus numbers remained low in Taiwan due to excellent contact tracing, screening of travelers and strict mask compliance. Earlier in the pandemic, New Zealand had 1,601 cases, but it had no new community cases Nov. 1, after a strict lockdown, social distancing requirements, travel restrictions and mask compliance.

America’s failure to control the COVID-19 crisis is seen in the virus’ spread through the White House. In the first week of October, 34 people tested positive in President Donald Trump’s orbit — including the President himself.

More people tested positive in President Trump’s White House that week than in the entire countries of Taiwan and New Zealand during the same time period. President Trump claims he is not afraid of COVID-19 after receiving experimental medications, such as Regeneron antibodies, that the average American cannot access.

President Trump also said he does not think the country should be afraid of COVID-19 anymore. On Oct. 26, President Trump’s White House Science Office even claimed one of the president’s top accomplishments is “ending the COVID-19 pandemic.”

This false narrative that the pandemic is over is in stark contrast with the fact that COVID-19 numbers are rising in most states. On Nov. 13, the U.S. recorded 184,000 new cases — its highest number of cases in a single day.

Some people falsely believe these increases are due to testing expansion. However, the U.S. is concurrently battling steep upward trends in hospitalization rates. In states such as Texas, some hospitals are overwhelmed with patients.

In Utah, Wisconsin and Texas, hospitals are close to capacity. On Oct. 25, El Paso hospitals reached 100% capacity; the region set up field hospitals and a curfew to cope with the COVID-19 patient surge. In Utah, some hospitals have begun discussing rationing care to focus greater resources on patients who are more likely to survive.

The U.S. is struggling to control the virus because of the uncertainty surrounding the number of days someone is contagious and the unwillingness of many Americans to take simple measures to stop the spread, like wearing a mask when in public and quarantining if exposed to the virus.

Length of contagion is a hotly debated topic that contributes to infection control issues. The Centers for Disease Control and Prevention stated if it has been 10 days since someone’s symptoms started and if the person has been at least 24 hours without a fever, the individual may stop self-isolating; some patients with severe COVID-19 symptoms may have to self-isolate up to 20 days after first symptoms appeared.

President Trump is not taking the health threat of this virus seriously. He contributes to its spread through inadequate public health policies, underplaying the life-threatening risk of the virus and his own reckless behavior. He appeared maskless in public during the time period he might have been contagious and has mocked people who wear masks.

Some state governors are also not practicing basic virus protection measures. At a recent Trump rally in Florida, Gov. Ron DeSantis failed to wear a mask while high-fiving people in the crowd.

The U.S. will not be able to get this pandemic under control until the president, Congress, state governors and the American public take the threat of this virus more seriously and fully support public health measures to contain its spread.

In the words of University President Jim Gash, these personal tragedies bring “into sharp focus the heavy toll that this pandemic is having on human life.”

The U.S. must prevent further deaths by joining countries like Germany, France, Belgium and the U.K., who have learned from New Zealand and Taiwan’s success and are now imposing new national restrictions to control the outbreak. With cases rising to alarming levels, the U.S. must exercise compassionate national and state leadership to slow the spread before more preventable deaths occur. A national mask mandate could save thousands of American lives.