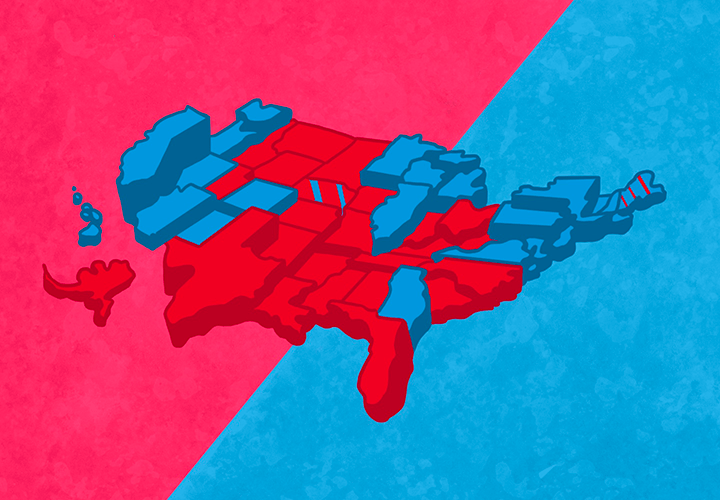 Your vote matters — but if the Electoral College is abolished, it will matter even more.

When the United States founders established the Electoral College, it was a way to balance the influence of smaller states with that of larger ones. Now, however, this purpose is no longer served.

In fact, the Electoral College disregards the voices of millions of people during the election process by encouraging unevenly distributed campaigning and disproportionate voting power throughout states — and it is time for this to end.

The determination of electoral votes is problematic itself. It is based on the number of senators and House representatives a state has, yet that is determined by the total population of a state rather than the number of voters.

Think about this: In Wyoming, one electoral vote represents 193,000 people, while one in California represents 700,000.

This shows an issue with the system because one person’s vote in Wyoming has nearly four times the influence on which candidate the electoral votes go to than someone’s in California — because three electoral votes is the minimum number even the smallest state can have. If it was truly based on population, the state would have fewer, proving why the electoral system is no longer functional.

The definition of democracy is “​​a form of government in which people choose leaders by voting,” according to Merriam-Webster.

Yet, the winner-take-all approach — used in all states besides Maine and Nebraska — gives every electoral vote to the majority candidate within the state. This means if even a few people push the majority to one side, that candidate wins despite the number of votes for the other party.

If votes mean nothing once the majority opinion of a state is determined — no matter how small or large the margins are — how are the people truly choosing their leaders?

The Electoral College also puts people who do not live in swing states — where the race is usually close, and people do not consistently vote for the same party — at a disadvantage. Swing state citizens often get the most attention from candidates because they are trying to win over persuadable voters.

At the same time, this leaves other states — such as California, which is known to be left-leaning — in the dark. A Californian would have to go out of their way to find information on presidential candidates, such as researching and traveling to campaign events. Someone living in a swing-state such as Michigan, however, would have a plethora of rallies and events to attend.

In the 2016 election, 90% of candidates’ campaign stops were in 11 swing states. What about the other 39? How are they expected to feel validated in their needs when candidates are not showing efforts to advocate for them?

To avoid these issues, the United States should abolish the Electoral College, and the popular vote should replace it — where the winner is simply the person who receives the most of the nation’s votes. This would give candidates more incentive to not only campaign more widely but also outline policies that would benefit a broader range of people living in the United States.

The popular vote gives every registered voter in the U.S. a chance for their voice to be heard, allowing for an equal and fair election the people deserve. This would likely encourage more people to vote, because they would have confidence that their ballots would not be overlooked if the state majority holds differing views.

Five times, including the 2016 election between Republican Donald Trump and Democrat Hillary Clinton, the winning presidential election candidate did not receive the majority of the nation’s votes. Trump won with 306 electoral votes, but Clinton had three million more people cast ballots with her name on them.

How, in a democracy, is the candidate with less support from the people taking on the power of the office?

People must fight for the removal of the Electoral College by reaching out to local legislators and representatives, supporting movements with similar goals and encouraging others to do the same.

The Electoral College does not make sense in today’s United States. What began as a way to make presidential elections more structured and principled ended up causing people’s opinions to not matter.

It all comes down to this: the Electoral College is outdated. I, for one, do not like that all electoral votes go to a party just under half a state might disagree with — leaving that portion of votes behind. I hate how my home state does not get the campaigning attention that swing states do.

That is not democracy as I understand it, and it is not a democracy I want to live in. 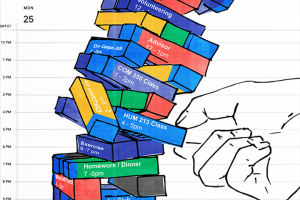 Art by Samantha Miller“I’d love to meet today, but I’m just too busy.” “I’m so overwhelmed.” If...
Copyright 2013 Jupiter Premium Magazine Theme
Back to top