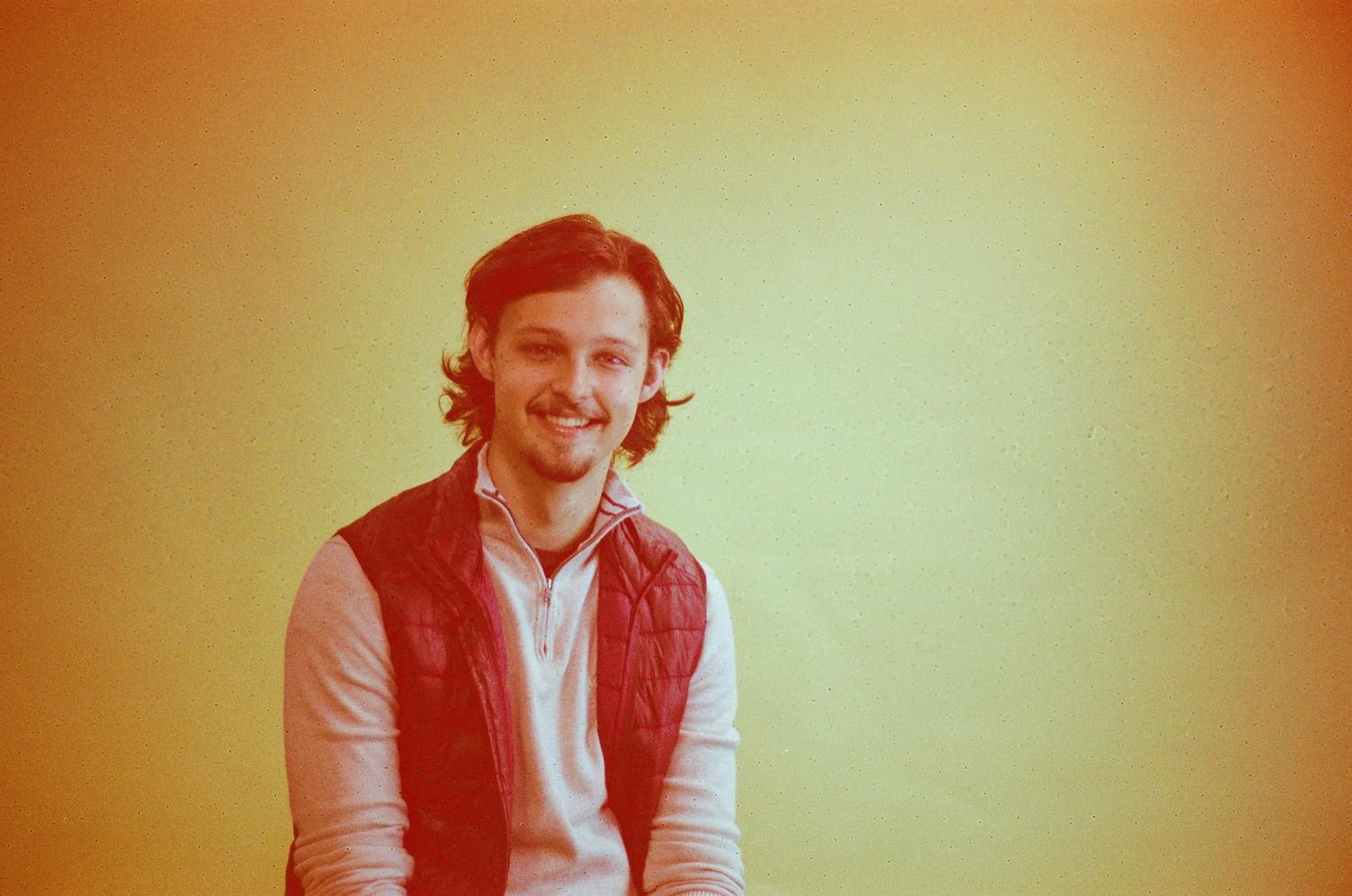 This means I’m a peacemaker, a harmonizer and a mediator. Then again, I’m also an INFP. So, I’m an introverted, intuitive, feelings-oriented perceiver. Apparently, my greatest strengths are ideation, empathy and adaptability.

These are the defining characteristics of my personality. At least, they are if I take the word of a series of personality tests — Enneagram, Myers-Briggs Type Indicator, Big Five, CliftonStrengths. But I’m also, probably, a whole lot more complex than that, Psychology Professor Steven Rouse said.

“Personality is several different dimensions,” Rouse said. “It’s easy for people to wrap their minds around different groups of people, even though data shows really clearly that’s not what personality differences are like.”

Pepperdine is no exception to this phenomenon. Rouse said Pepperdine faculty, staff and students use personality tests with increased frequency in social, professional and academic circles. Part of this may be due to Seaver College’s high percentage of religious students.

Senior Macy Carlson said she first noticed Pepperdine’s passion for personality tests in Fall 2019. Carlson said she remembers a time in her life when, “What’s your Enneagram type?” was an everyday occurrence. During New Student Orientation and Panhellenic Recruitment her first year, Carlson said the question was ubiquitous.

“I’d never been asked that question so much in my life,” Carlson said. “Everyone was like, ‘Oh, that’s such a Pepperdine thing!’ I don’t know why, but it just is.”

Rouse doesn’t know his Enneagram number. He said he’s not a fan of Enneagram, partially for reasons related to its history.

Enneagram is not a standardized personality test, Rouse said. There are hundreds of Enneagram tests littering today’s internet. The modern Enneagram system originated from the work of Bolivian philosopher Oscar Ichazo, who popularized the concept in Roman Catholic-dominated South America during the 1960s and ’70s, according to the Enneagram Institute.

Ichazo based his nine Enneagram types on George Gurdjieff, a Greek-Armenian mystic and spiritual teacher. Gurdjieff said the Enneagram symbol originated around 2500 BCE as a mystic religious symbol, according to the Christian Research Institute. This narrative of historical and religious precedence, Rouse said, is categorically false.

“This whole idea of the nine different types of people was literally created by a con artist,” Rouse said.

Religion Professor Dyron Daughrity said there is a loose historical connection between Enneagram and Christianity. One of Ichazo’s students brought the system to the United States, where Franciscan Friar Richard Rohr popularized it. Two of Rohr’s books — “The Enneagram: A Christian Perspective” and “Discovering the Enneagram: An Ancient Tool for a New Spiritual Journey” — increased Enneagram awareness in Christian circles across the United States, according to TheologyThinkTank.com.

Daughrity said he’s not entirely sure, from a theological standpoint, why the two seem to be linked.

“The Enneagram may help you understand your own personality, your own psychological constitution, but it sure isn’t going to get you to heaven,” Daughrity said. “Only theology will save your soul. Putting your faith in Christ, in the Creator.”

Daughrity, like Rouse, said he isn’t all that interested in learning his Enneagram number. While he doesn’t begrudge those who use the test, Christian or otherwise, it doesn’t hold any kind of spiritual meaning for him. He sees both positives and negatives with Enneagram and personality tests in general, as long as students conduct them with context and moderation.

“If we are made in the image of God, if that’s true, then understanding ourselves is going to shed significant light on the nature of God,” Daughrity said. “But anytime someone becomes too self-absorbed, instead of Christ-absorbed, they’re going down the wrong path.”

The Myers-Briggs Type Indicator has a different history than Enneagram. Katharine Cook Briggs and her daughter, Isabel Briggs Myers, developed the test in 1943 from the psychology of Swiss psychiatrist Carl Jung, according to NPR. The test has survived criticism from the U.S. Office of Strategic Services and the U.S. Educational Testing Service for its self-reported data and being “without psychometric merit.” It remains one of the most widely taken personality tests, according to a Forbes article.

“I think that it sometimes takes some wise discernment to be able to tell where a test falls on that line from poorly-designed to well-designed,” Rouse said.

Rouse said his test of choice is the NEO Personality Inventory — one of the tests that measures the Big Five — which Pepperdine does not offer. The Big Five is more grounded in psychological research than Enneagram or Myers-Briggs, according to Management Consulted, a consulting firm. It’s a tool for self-exploration the same way the more commercialized, less research-backed Enneagram and Myers-Briggs are, but it often takes a back-seat to its flashier neighbors.

“If you have to fix something at your house and you have the choice between really well made tools versus ones you buy for $5 at a convenience store, if you’re really doing something important, you’re going to want to go with the well-constructed tools,” Rouse said.

“Oh, that’s such a Pepperdine thing!”

Marla Pontrelli, director of Career Education at the Seaver College Career Center, is a nine like me. Pontrelli said she took an Enneagram test during a professional development program for Student Affairs staff members at Pepperdine. She learned more about Enneagram at Harbor, Pepperdine’s annual four-day Bible lecture conference, which had speakers who discussed Enneagram a few years ago.

Pontrelli said she’s noticed Enneagram’s rise in popularity among students in her time at the Career Center.

“I know it’s become more and more popular, and I’ve had students reach out about it and ask if we offer it,” Pontrelli said. “I know it’s out there, and there’s quite a few materials out there about it.”

The Career Center has offered personality tests to students as educational resources since before Pontrelli began her job there around nine years ago, she said. The center has offered a Career Coaching program since 2001 that incorporates both Myers-Briggs and CliftonStrengths. Part of the Career Center’s operating budget goes toward purchasing tests for student use and training staff members to adequately administer them.

Pontrelli said she emphasizes contextualizing results — it’s one thing to take a personality test, and it’s another to know how to interpret the information and what to do with it.

“If you just have a report, what’s a report going to do?” Pontrelli said. “It’s only going to make sense when you have someone more knowledgeable in that area explain what that means.”

While Myers-Briggs and CliftonStrengths dominate the professional and academic circles at Pepperdine, Pontrelli said she’s noticed Enneagram finds its way in more casual settings. This trend is unsurprising — the Enneagram test has taken hold of faith communities in recent years, according to Christianity.com and CommercialAppeal.com.

Pepperdine’s undergraduate student population is 73% Christian, according to the Fall 2021 Enrollment Census. First-year Johnathan Hodges, a five wing four on the Enneagram, said he definitely sees a connection between his faith and the lessons one can take from personality tests like Enneagram.

“It highlights that we need everybody,” Hodges said. “It can highlight such beauty in people. It gives us a better sense of the beauty of people who aren’t like you. That all comes back to the fact that we’re made in God’s image. Everyone in their own unique way is beautiful.”

Carlson is a four on the Enneagram, which is the individualist type. A number of students on campus feel positively about Enneagram, both Carlson and Hodges said. Part of the Enneagram’s appeal is its sociability.

Hodges said he agreed with this sentiment — whether a fellow classmate knows about Enneagram or not, Hodges is happy to discuss it.

Both Carlson and Hodges said Enneagram tests work particularly well as a framework for self-reflection, but they also recognized its limitations.

Alongside Pepperdine’s Enneagram-enthusiasts are fellow students more doubtful of the test. Senior John Palmer, for instance, is a five. He’s an investigator, which he said sometimes comes with unwanted connotations.

“The stereotype is that it’s the emotionless one,” Palmer said, smiling.

“They don’t use it as a tool, but as a full-on description of themselves,” Palmer said. “And I don’t think it’s capable of doing that.”

Any test that places people into categories is limited, Palmer said.

“There aren’t nine types of people, to me,” Palmer said. “There’s a lot more than that. I think people are too unique to be put into nine boxes.”

Personality tests — like the principles they seek to measure — are nuanced, Rouse said. Definitively rejecting a test may not be the best solution.