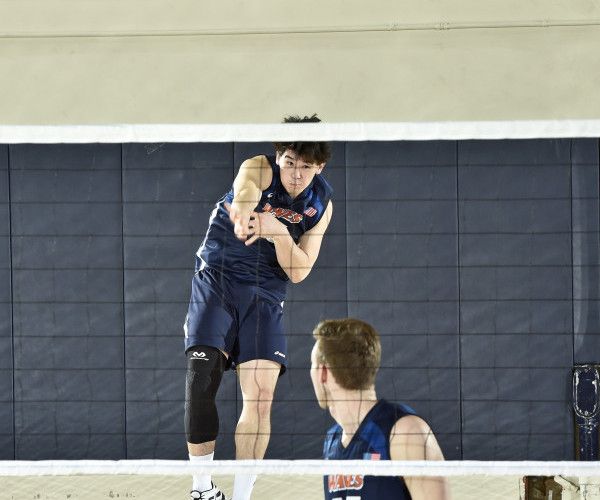 “I thought we started off slow in the beginning, but we definitely started heating up as the game went on,” Pepperdine Head Coach Marv Dunphy said. “I am proud the guys were able to stay in the game despite struggling early and close it out in three sets.”

Prior to the first serve, members of Pepperdine’s 1985 and 1986 back-to-back NCAA Championship winning teams were honored in a pre-game ceremony. The players and coaches honored before the match included Mark Arnold, Randall Bergstedt, Gary Moy, and current Pepperdine Head Coach Marv Dunphy.

In the 1st set, both teams battled hard and kept the game tightly contested throughout the set, which saw seven lead changes and 27 ties. Going down the home stretch, with the score tied at 23-all, USC’s Lucas Yoder gave the Trojans a set point advantage on a kill, but the Waves would rebound to extend the set to extra points, marking the 10th time this season where the Waves have played in extra points. Both teams traded the lead once more, but two attack errors by USC, including a block by Pepperdine’s David Wieczorek, would be the difference as Pepperdine fended off USC for a set one victory 31 to 29.

In the 2nd set, Pepperdine and USC battled early in the set, as the Waves jumped out to an early 14-9 advantage following a kill by Pepperdine’s Mitchell Penning, but the Trojans would take a 9 to 4 run behind Tommy Leonard and Alex Slaught to cut the deficit to one 18 to 17. The Waves were able to keep the advantage throughout the rest of the set despite a strong push by the Trojans and a kill from Pepperdine’s Matt Tarantino secured the set two victory for the Waves 25 to 22.

In the 3rd set, USC’s offense came out firing on all cylinders behind Yoder and Slaught, which led to an early lead. However, Pepperdine tied the match at 9-9, but USC recaptured the lead and worked ahead to an 18-14 score. The Trojans would remain in front by three down the home stretch, but Pepperdine’s duo of Mitchell Penning and Wieczorek kept the team within striking distance. The Waves’ defense was the big key down the stretch as the Malibu Roofing Company made two critical blocks to tie up the game 23 to 23. Pepperdine’s Tarantino connected on a kill off a long rebound to give the Waves the lead, but an attack error by the Trojans ended the match with a 25-23 set win for Pepperdine en route to a straight-set sweep over USC.

Matt Tarantino led the charge on offense for Pepperdine with 15 kills on 46% hitting to go along with six digs and three blocks. David Wieczorek added in 10 kills while Colby Harriman chipped in eight. Weston Barnes ended the night with eight digs and Joshua Stewart orchestrated the offense to perfection with 37 assists in the victory.

Pepperdine will be back at home on Thursday, March 31 as they host Long Beach State at Firestone Fieldhouse. 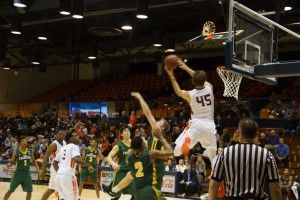