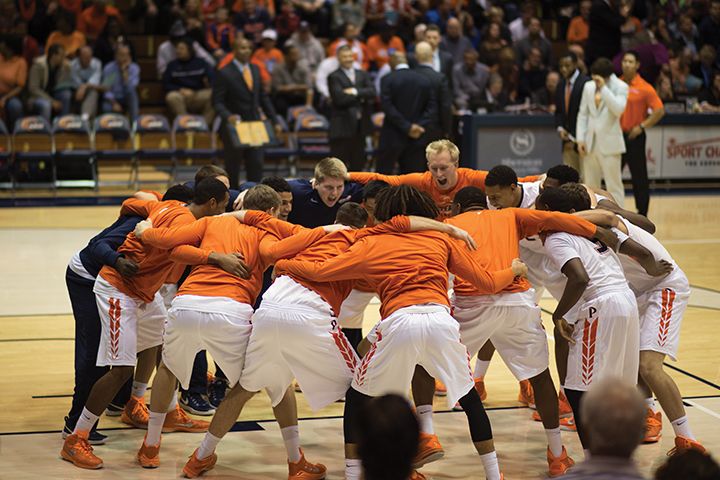 With all odds against them, the Pepperdine men’s basketball team has already proven the critics wrong. After almost 10 seasons where Pepperdine has not seen a winning season, the 2014-15 Waves are looking to enter the tournament by making a dominant showing in the West Coast Conference. Little did the critics know that Pepperdine, chosen to finish in a tie as the seventh place team in the West Coast Conference in the coaches’ preseason poll, is already on pace to finish better than predicted in the poll for a seventh consecutive time.

With no seniors and 12 of the 16 players being freshmen or sophomores on this year’s team, the Waves have a young core of players that have the chance to contend in the WCC for many years. Prior to the season’s start, junior forward Stacy Davis was one of 10 players named to the Preseason All-WCC First Team. Head Coach Marty Wilson, in his fourth season as Pepperdine’s head coach, kicked off the 2014-15 basketball season by addressing his expectations for his players and Waves fans at Blue and Orange Madness in October. Wilson told Waves fans, “We have more quickness, toughness, shooting, high flying dunkers and excitement.”

Led by Davis, the Waves jumped out to a quick threegame win streak to start the season. Davis and sophomore guard Jeremy Major each put up 20 points en route to a 89-74 home victory over Fresno State to start the new season. Pepperdine would take another victory in a heated matchup by defeating Cal Lutheran 76-61. Davis led the way again, contributing 18 points and 8 rebounds. Following two home games to kick off the season, Pepperdine embarked on a two-game road trip, where they defeated San Jose State 63-44, but lost to Iowa 61-72. Although the team struggled shooting the ball during the trip, junior forward Jett Raines and freshman guard Shawn Olden stepped up to carry the team. Raines scored a career-high 21 points to lead Pepperdine against San Jose State while Olden dropped a team-high 17 points in the loss to Iowa.

Following their first loss of the season, the Waves returned back to Southern California to face a pair of Cal States. Behind four starters scoring in double figures, Pepperdine defeated Cal State Northridge 66-56 behind junior guard/forward Atif Russell’s standout night, during which he scored 19 points to lead the team. Pepperdine captured another victory 74-62 against Cal State Fullerton, which brought the Waves’ record to an astonishing 5-1 for the first time since the 2004-05 season. Russell would again lead the Waves in scoring, by dropping 18 points with another outstanding shooting performance (6/11).

After winning five of six games to start the 2014-15 season, the Waves then headed to Arizona to face Arizona State. It was Davis’s first college game in his home state and he did not disappoint, scoring a season-high 26 points on 9-for-12 shooting with 9 rebounds. However, the Waves could not pull off the victory, as they fell to ASU 81-74.

Following the loss to Arizona State, Pepperdine looked to bounce back into the winning column. The Waves participated in the 2014 Gotham Classic to close out the end of non-conference play, where the team went 2-2. Pepperdine hosted the first two games of the Gotham Classic and won both contests 78-68 over South Alabama and 53-45 over Howard. As the team traveled to New York City to continue the Gotham Classic, the Waves played in the “World’s Most Famous Arena” (Madison Square Garden) against Richmond before Christmas, but lost in a heartbreaking 65-63 despite 13 points from Olden. The Waves returned to Malibu and faced IUPUI in the final game of the Gotham Classic, but the end result was the same for the second straight game as the Waves fell 55-53. Olden again led the Waves with 15 points on 50 percent shooting as the Waves ended non-conference play with a record of 7-4. 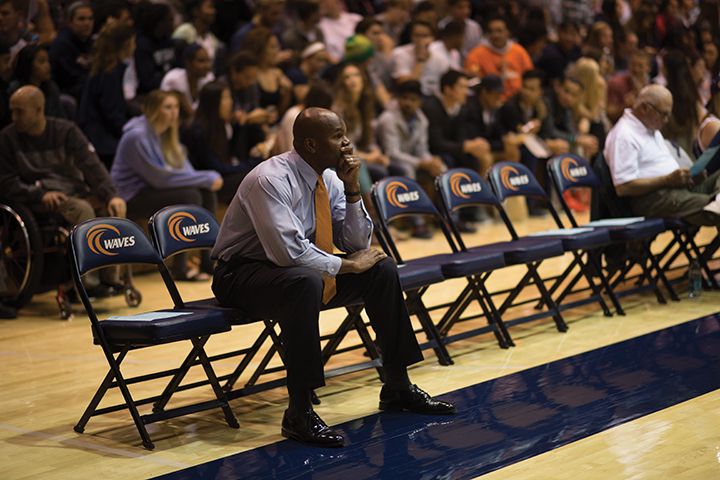 Pepperdine kicked off conference play for the 2014-15 season by playing against its conference rival, Loyola Marymount. Although the Waves’ starters struggled in scoring the ball, Raines poured in 17 points with 7 rebounds on 60 percent shooting. However, Pepperdine would then fall to a tough Saint Mary’s team 68-59 at home to ring in 2015. Only three players scored in double figures for the Waves in the game, as the team struggled to shoot the ball well into the first half.

Following the loss against a tough Saint Mary’s team, the Waves responded with three straight victories. Led by Davis and Olden, two of four starters to score in double digits, the Waves dominated Pacific from the start, getting the victory 71-61. With 21 points in the victory, Davis became the 38th player in program history to record 1,000 points. He looks to stay on track and potentially become the all-time leading scorer in the program’s history. With a hot start and a strong defensive outing on the road against BYU, Pepperdine shut down the nation’s highest-scoring team and held on for a rare victory in Provo, Utah 67-61. Head Coach Marty Wilson decided to play Davis off the bench for the first time this season due to fatigue from previous games. Davis led the Waves with 23 points and 8 rebounds. The Waves never trailed the entire game. Davis would again come off the bench and lead the Waves to a third straight victory against San Diego by scoring 18 points with 7 rebounds. With the three-game win streak, the Waves captured their first weekend road sweep in conference play since 2002 and their best five-game start in conference play since starting 11-0 in 2002. With confidence and hopes of extending their three-game winning streak, the Waves would take on their toughest opponent yet: nationally-ranked No. 3 Gonzaga.

Firestone Fieldhouse was at its most crowded and loudest all season as Waves fans hoped to witness the Waves upset the top-5 ranked team in the nation. Pepperdine came out a bit slow in the first half, falling to a 31-40 deficit before rallying back to keep the game close until the final seconds of the game. Despite a poor first half, Davis, who again came off the bench for the Waves, caught fire in the second half as he finished with 21 points. Raines also contributed with 10 first-half points and finished with a team-high 22 points. The Waves unfortunately could not get the upset win, as Gonzaga won 78-76. Pepperdine would immediately rebound from a strong, hard-fought game with a win against Portland two days later 67-63 by holding Portland to a late five-minute scoring drought. Five Waves scored in double figures as Pepperdine improved to 12-6 overall and 5-2 in the WCC.

As the rest of the Waves’ season continues to roll on, beginning with a four-game Northern California road trip, Coach Wilson expects his team to continue to “keep their physicality, toughness on both sides of the ball and continue to prove their doubters wrong” as they hope to contend for the WCC title and a spot in the NCAA Tournament. As the Waves push for postseason success the rest of the season, Coach Wilson expects his players and the fans to put “both feet in” and be ready for a great finish. 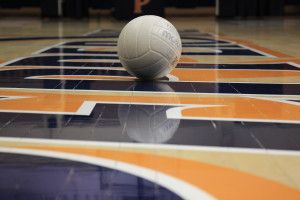 Photo by Allison HubbardExpectations are high as men’s volleyball lands the top spot, ranking No. 1 in both the AVCA...
Copyright 2013 Jupiter Premium Magazine Theme
Back to top