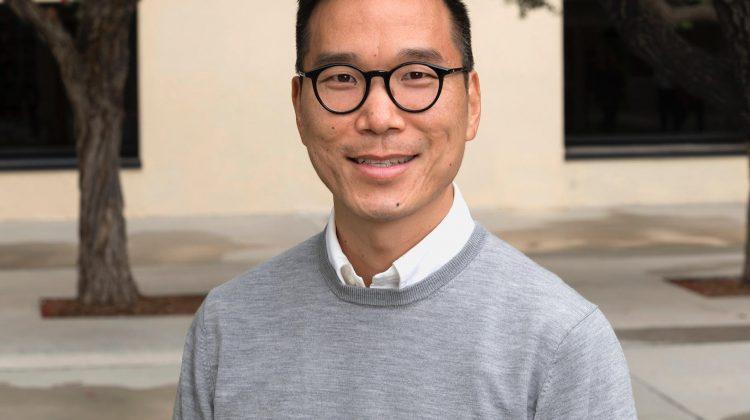 Screen Arts Professor Paul Kim smiles for a photo on the Malibu campus. Kim, a new tenure-track professor, said he has been teaching for 13 years. Photo courtesy of Paul Kim

Screen Arts professor Paul Kim said he hopes to support students throughout their journey as an artist and take away some of the seriousness around career planning.

Kim, a new tenure-track professor said he encourages students to follow their calling. Kim has taught for 13 years but has been involved in film for 20. In his own life, Kim said he loves teaching Screen Arts and wants to support students through their college journey.

“I just want to make sure they’re growing in all aspects of their lives, and I want to engage with them about life and not just about film or screen arts or cinema,” Kim said.

A well-rounded liberal arts education and life experiences set students up for a successful career as well as provide a valuable vision behind future films, Kim said.

“It’s better to stand out, in my mind, by being different through unique experiences and education than being number one or top five in a pack of people who are all the same,” Kim said.

Kim taught three courses this past fall semester —Storytelling Through Media, Production 1 and Advanced Documentary Production — and added Production 3 this spring semester. Through the course progression, Kim said he hopes to ensure students will come away with a rewarding final project.

Kim embraced his creative side much later in life, though he had always enjoyed taking photography and ceramic classes in high school, he said.

In high school, no one offered him the option of a career path in the arts, Kim said, so he chose a career path in educational philosophy. During the process of getting his master’s, Kim took the time to explore art.

“I took this year off for me, not for any professional purposes, and that year off ended up being a revelation,” Kim said.

After his year off, Kim jumped back into film and currently is in post-production on an educational documentary about a Black preacher in the South, along with two documentaries in the development stage.

Kim loves working with young people and has a natural talent for teaching, he said, so he decided to combine his skills. Kim received a Master of Fine Arts in Film and Electronic Media from the School of Communication at American University.

“This is my dream job,” Kim said. “Being a college professor or being a teacher of some kind was my dream job, and the fact that I get to marry that with my creative loves and gifts — that’s pretty awesome.”

This year, Kim reached the decade mark for years of teaching as a full-time professor, and joined the Pepperdine faculty this past fall.

Kim is also developing a faculty/student research program, he wrote in a Nov. 14 email to the Graphic, with the goal of regularly developing documentary film projects. Kim said he hopes these projects will include partnerships with non-profits and other organizations with a focus on public service and community engagement on social issues.

“I’d like this to draw from the many Pepperdine initiatives, including existing faculty research projects, and of course, having student and alumni involvement,” Kim wrote.

Kim is a big supporter of the liberal arts education that is offered to students at Pepperdine, he said. Regarding film, this type of education helps students develop beneficial life experiences, and in return, they create valuable stories, Kim said.

“There’s a certain level of professional readiness most film professors and teachers want their students to be at, but at the same time, students need to have something to say — they need to have a life experience education that informs their narratives,” Kim said.

While developing professional skills and life experience is important, the best part of the job, Kim said, is developing relationships with students.

“We’ve all had jobs where we’re like, ‘Why am I doing this job? What am I accomplishing? How am I benefiting the world? Is it just a paycheck?’ I never have that experience as a teacher, and I love that, far more than anything else,” Kim said. “That’s why I’m here.”

For students who don’t know him, Kim said he would describe himself in two ways.

“I am a lifelong learner and super passionate about education,” Kim said.

Alongside that, Kim wants to relieve pressure off his pupils and show them life is not always what you plan it out to be — that it does not have to be perfectly aligned or figured out in college, Kim said.

“You can have a successful career that can look different five, 10, 15, 20 years from now, and it doesn’t have to define you,” Kim said.