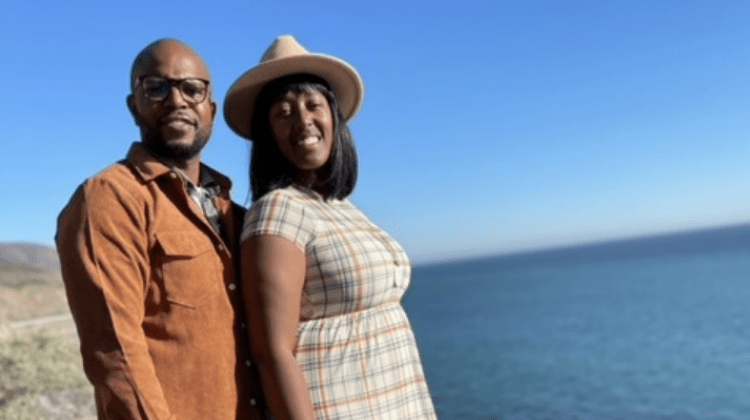 Professor Terrelle Sales smiles with his wife, Porsha, at a scenic lookout facing the ocean. Both Sales and his wife are graduates of Seaver College, and Sales said they are excited to return to the Pepperdine community. Photo courtesy of Terrelle Sales

After four years as a student at Seaver College, Terrelle Sales returns to his beloved Pepperdine community as a professor.

Sales began his journey as an assistant professor in the Humanities and Teacher Education Division at Pepperdine this past fall. As a 2008 Pepperdine graduate, Sales said he now teaches in the department that encouraged his career path.

“I really appreciated how honest Pepperdine was with where they are with diversity and equity and figuring out what that means as a Christian university,” Sales said.

Sales said he began as a Theater Arts major during his time at Pepperdine, but he made the decision to change his course of study to Education.

“After I thought about all the teachers that impacted me in my life, I wanted to try it out, and I thought to myself, ‘This is what I’m supposed to do,'” Sales said.

Sales began his career in education soon after graduating, he said. He first worked as a middle school math and science teacher in South LA, and from there, held various other positions within education. Sales eventually became an assistant principal and an employee in the Graduate Education program at Vanguard University, he said.

“I wanted to teach not from a position of power but in a way that would help others to see the beauty in themselves and in who God created them to be,” Sales said.

As a new professor on the tenure-track, Sales’ goals include working with the University to implement its plans for diversity, equity and inclusion and teaching a wider range of courses, he said.

“I would love to teach a course on the pedagogy of Jesus [and] how it affects not just teachers, but ministers, social workers, business men and women, and focus on what it means to engage the world as Christ engaged the world,” Sales said.

Beyond Pepperdine, Sales is a board member for the California Council on Teacher Education. He is also a husband and a father.

Additionally, Sales published a book in June titled “An Emancipatory Pedagogy of Jesus: Toward a Decolonizing Epistemology of Education and Theology.”

“There are so many things outside of my work title that define who I am and what I want to be,” Sales said. “But most importantly, I honestly want to be a faithful steward of all that God has given me, and if I can do that, everything else will fall in line.”

Sales said he is looking for an assistant while he researches decolonizing interpretive analysis. The best way to contact him would be via email, Sales said.