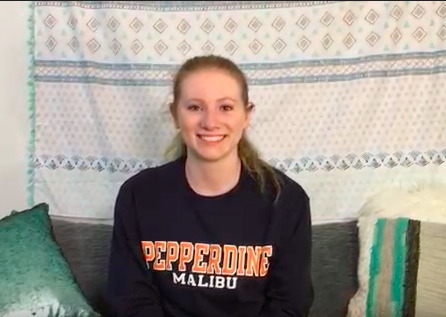 After driving for two days from her home in Camas, Washington, Higgins and her family arrived to a much different campus, finding quiet, calm, and that “amazing” view for which is better is often known. This slower pace came thanks to her early arrival the week before New Student Orientation.

“I am a part of the a capella group here called ‘Won by One’, and I came here early because we left on Friday to go to a cabin in Big Bear, have our singing retreat, learn songs, and get comfortable with the group.”

Higgins said she learned about the opportunity to be involved in the organization from a family member and, after her audition, she successfully made the cut. ‘Won by One’ even played a big role in how she chose to come to Pepperdine in the first place, she said.

When it comes to her future at Pepperdine, Higgins said she is keeping an open mind. “I’m just looking forward to meeting new people, [having] new experiences, and getting to know some of my teachers and my classes, and just finding out about Malibu,” she said, adding that her only real fear for the upcoming year was the unknown.

As for her plans for involvement on campus in the coming year, Higgins said she will be keeping her options open. She said she currently plans on focusing on her role in the a cappella group, but she still maintains an open mind about being interested in doing other things in the future. 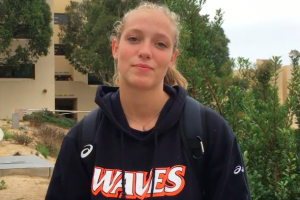