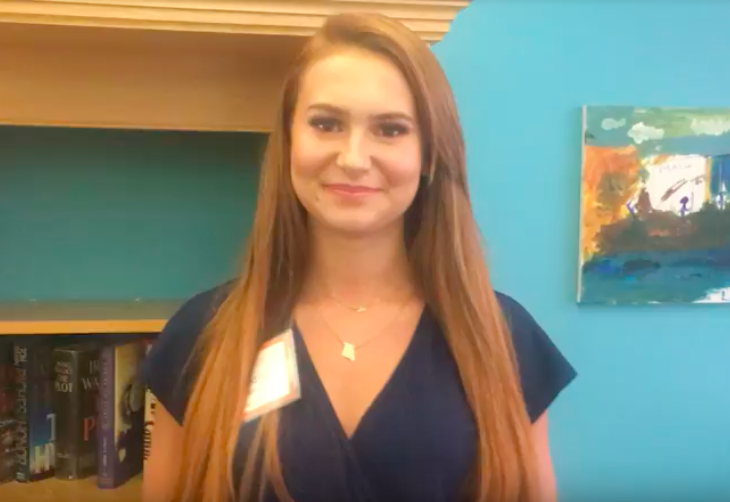 Christina Stratton said she immediately fell in love with Pepperdine’s core values as well as the scenic Malibu location. Once she earned the Regent’s Scholarship for her high school achievements, she said she could not help but choose to attend Pepperdine.

Because she comes from Sedalia, a very small town in Missouri, Stratton said she is most excited about making lifelong friendships and creating new experiences during her intellectual and spiritual journey here, soaring even further beyond her comfort zone.

Stratton said her two greatest passions in life are children and mental health awareness. In 2013, Stratton created a non-profit, Traveling Tu-Tu’s, where she said she shares her love and talent for dancing with children in hospitals and special needs facilities. She said serving the special needs community, as well as donating her time to children with critical illnesses and children in inner city schools, has inspired her to pursue a career as a pediatric psychiatrist.

“As a community, we do not hesitate to admit when somebody is struggling with diabetes or asthma, but nobody wants to talk about depression or anxiety, and that is something that I hope to take a stab at as a pediatric psychiatrist,” Stratton said.

She said her proudest accomplishment is serving her state as Miss Missouri’s Outstanding Teen because she was able to volunteer with the Center for Human Services, an organization devoted to advocating for the rights of children and families. She said this gave her the opportunity to serve as the organization’s Volunteer of the Year.

“I really fell in love with the patients there, and it became one of the happiest places and the most rewarding experiences I had,” Stratton said. “It did not feel like work; I really enjoyed going to fundraisers, going to socials, and getting to know the clients, so being rewarded for my hard work was really special.”

She said she hopes to give back to the Pepperdine community by exuding positive energy, serving as a leader among her peers, donating her time to charities and becoming involved in all aspects of her community.