With the arrival of the freshman class at any university comes a treasure trove of talented scholars, athletes and artists, among many others. Incoming freshman Carmen Edano is no exception.

Edano, who is 17 years old, is majoring in music. She said she has been singing in choir most of her school years before coming to college. In fact, she said her involvement in choir is what led her to Pepperdine.

Edano said she chose Pepperdine after her choir teacher recommended she look into attending. After finding out more about the university, like every other incoming freshman student, she was hooked.

“I fell in love with how it was next to the beach,” she said. “It is also great that [Pepperdine] is a Christian university. The music program is very nice as well.”

Edano, who hails from Vallejo, Calif., is a music major on a scholarship. Along with her impending audition for the choral program, she said she has quite a few concerns going into her first year in college.

“I’m nervous about meeting new people because I am a bit socially awkward, but I’m also nervous about classes,” she said. “A lot of people have told me that you have a lot of free time in college and time management is the biggest problem.”

That doesn’t mean Edano isn’t looking forward to the changes and personal growth that come with college life. As a music major, she said she is most excited about growing as a musician. 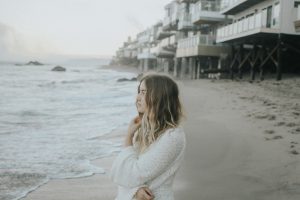