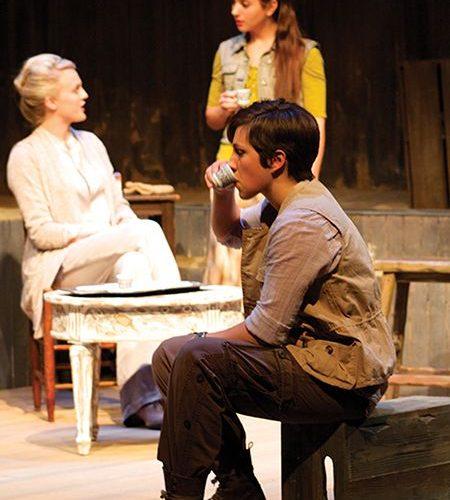 “Necessary Targets” tells the story of seven women who struggle through the Bosnian War. Set in the 1990s, it takes the audience back to a time of immense suffering and pain, yet offers enough comic relief to maintain a mild ambiance.

The production of “Necessary Targets” is the first for the theatre department. It makes for a riveting experience that raises many questions, which are otherwise typically ignored.

“Necessary Targets” premiered at the Lindhurst Theater on Jan. 21, and will have two other shows on Jan. 24 and 25.

This play was originally performed in 2006 at the Edinburgh Film Festival Fringe. This is, however, the first time it is being performed on the Malibu campus.

“The department chose the play,” Director Marya Mazor said. “I was very interested in [directing] it. I think the story is really timely right now. We have so many parts of the world where we’re dealing with refugee crisis situations. We have a lot of world events that are similar to the events in this play, even though this play takes place in the 1990s. I think it’s particularly pertinent here at Pepperdine where people are really asking, ‘how do I make a difference?’ and ‘how can I embody that spirit of social change?’ And yet, we don’t want to presume that we know something that others don’t, or that we are somehow going to save everybody. And that’s what a lot of the questions of the play are, not wanting to just stand on the sidelines, but also not wanting to cause more harm than good.”

The play begins in New York City with Dr. J.S., a psychiatrist, interviewing Melissa, a writer, to be her assistant during her trip to Bosnia. Dr. J.S., played by senior Anna Tullis, is being sent there because of a president’s commission to help “traumatized war victims.”

Then, the curtain opens to the scene of Bosnian refugee camp. Audience members can even sit on some of the cots of the refugees’ camp. The play then follows the lives of Dr. J.S. and Melissa, played by sophomore Constance Egli, as they attempt to connect with five war refugees whose lives were dramatically altered by the war.

“I have never been more intimidated by a play,” Tullis said. “It’s such a big story and it’s something so real that has happened to women. But it’s so hard to relate to because it’s not something that we see in America. And we’ve kind of been numbed to the fact that these kind of atrocities go on, and so I felt that it was a very important story to tell.”

The proximity between the stage and the audience serves to enhance the incredible connection that is formed. As the play progresses, the audience gains a better understanding of the characters as more and more of their stories are revealed.

“Necessary Targets” was written by Eve Ensler, who based the play off of interviews she conducted with various female survivors of the Yugoslavian civil war.

“Eve Ensler is a genius, she’s a hero for women,” said junior Arielle Fodor, who played Azra, the elderly woman in the group of the five refugees.

Fodor originally auditioned for a different role, however, she was asked by Mazor to read one of Azra’s lines and ended up playing that character. “This is the first play I [am performing] in at Pepperdine,” Fodor said. Azra contributes greatly to the humor incorporated in the play.

“A lot of shows tend to stay away from some major issues, and I really liked how this one, kind of attacked those issues, while at the same time doing it in such a way that invites the audience and brings them into the story,” said junior Madi Erceg, who plays Nuna, the curious teenage refugee. “I think [the play] accomplishes a larger goal.” Erceg said one way she gets into character is imagining her life as the character’s life. “Just little things,” Erceg said, “like what you and your friends would do after school and thinking about family dinners with my family in Bosnia.”

Unafraid, the small cast provokes a powerful performance to what seem to be mundane scenes. The dedication to each character is seen through the use of accents and even physical changes. Madi Erceg even dyed her hair brown for the role.

“It was interesting to finally be able to do a play that evokes a message that we can convey to the public about [the Bosnian war],” said freshman Lexie Tankersley, who plays Zlata, a war refugee who is very straight-forward.

“She is very down to earth; she sees the ignorance of America,” Tankersley said. She said what she really liked about Zlata was her ability to point out when something was wrong and call people out on it.

“I had a really wonderful cast and a great design team,” Mazor said. “My number one thing in casting is just people who can connect to the material emotionally, are able to open up, are able to understand what they’re saying and understand what’s behind it, and I was just really lucky to get such a wonderful and committed cast, and a talented cast.”

The female cast embodied their characters and portrayed their lives so realistically as to afford the audience the opportunity to feel what the characters were feeling. Particularly, one of the most moving scenes is one, in which Seada, played by senior Chelsie Blackwell, finally tells her story.

“I remember reading the story and thinking it was so rich and so amazing, and then when I read my character’s particular monologue I was like, ‘That’s it, that’s the show I want to go out on, and this is the part that I want to do,’” Blackwell said. She said she was able to get into character by taking events from her own life and using them to connect to her character, as well as simply by using her imagination. Blackwell said the most challenging part of her role was the accent. “It didn’t make sense with my mouth,” she said,  “After I got over that, I think the most challenging part was being in that same frame of mind [every single night]. But I think it made me a lot better.”

The actors pushed through the challenges of such a powerful piece with a sensitive subject. “The challenge was finding the redemptive qualities in Melissa,” Egli said, “because, she is kind of the bad guy of the play, and that’s how she is portrayed. But as an actor, you can’t see your character as the bad guy; you have to justify everything they’re feeling and everything they do.” 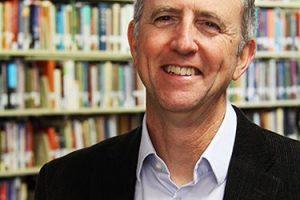 Photo by Brandon Scheirman Ken LaZebnik, director for Library Advancement and Public Affairs, will be leaving his position...
Copyright 2013 Jupiter Premium Magazine Theme
Back to top