The National Prayer Breakfast is an annual conference where diplomats gather to reflect and pray.

Four Pepperdine students sat among President Donald Trump, diplomats from over 120 countries and members of Congress at the National Prayer Breakfast on Feb. 6 in Washington, D.C.

An invitation-only event, the National Prayer Breakfast conference hosted over 3,500 people and featured a keynote speech by Harvard professor and Washington Post columnist Arthur Brooks. Pepperdine students Scottie Sandlin, Esther Chung, Elizabeth Chung and Connor Bass attended. College students who attended the National Student Leadership Forum in October 2019 and received a nomination from a prior attendee were eligible to apply for an invitation.

“It felt like I was being a part of a moment in history where people will talk about it and you can say, ‘I was there — I felt the room,’” senior Elizabeth Chung said. “It was amazing.” 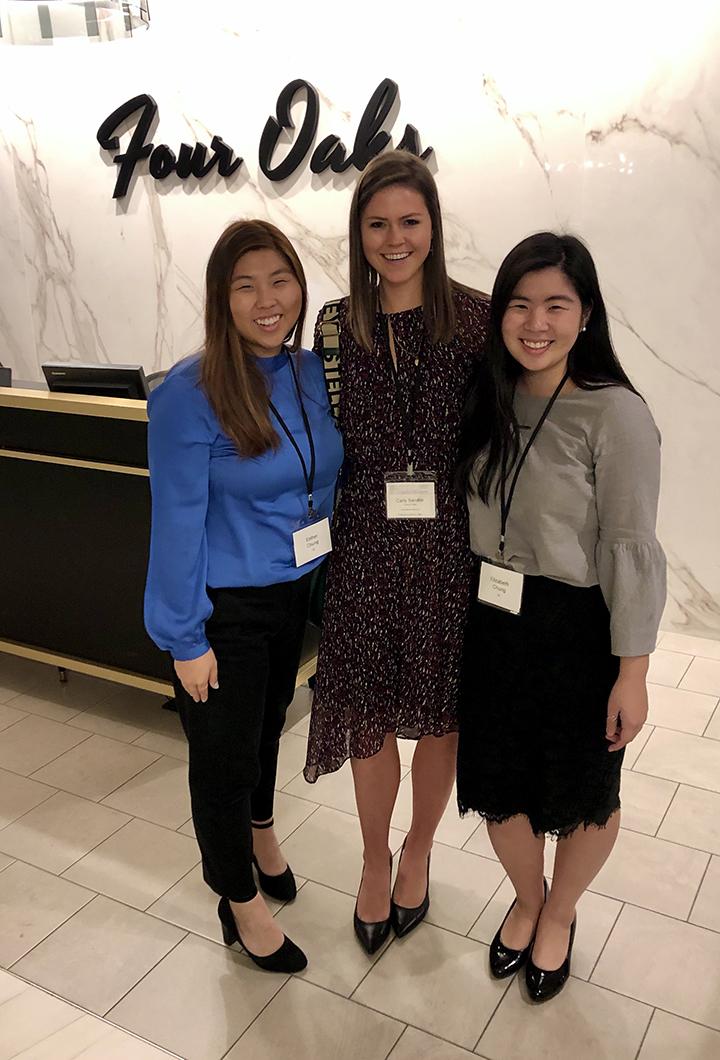 The National Prayer Breakfast is an annual event in its 68th year. Each year, the president, vice president and guest speakers give remarks. Notable individuals from past conferences include humanitarian Mother Teresa and evangelist Billy Graham, according to Middle Tennessee State University.

Elizabeth Chung said the event centered around a theme of bringing people of all faiths together through reconciliation this year.

“The only way we can reconcile is to really look at the people who are being persecuted by their religion, because that happens everywhere in the world, no matter what religion you are,” Elizabeth Chung said. “The way we need to come and unite is by … asking for forgiveness and reflecting on those people who have sacrificed so much for us.”

“I think it’s a place to come together in fellowship and camaraderie and establish a foundation that builds on the teachings of Jesus,” Sandlin said.

Multiple university departments, including the Office of Student Affairs and the President’s Office, provided funding for the four students to attend the National Prayer Breakfast.

In his keynote speech, Brooks said the polarization of current political divisiveness creates an opportunity for people of faith to seek unity.

“Contempt is ripping our country apart,” Brooks said. “Jesus in the gospel of Matthew didn’t say, ‘Tolerate your enemies.’ He said, ‘Love your enemies.’ Love them. Answer hatred with love.”

Following Brooks’ speech, Trump gave his remarks and said he disagreed with Brooks.

The remarks came a day after a Senate impeachment trial in which Trump was acquitted.

“I met a senator from the Bahamas and a state attorney from the Bahamas,” Esther Chung said. “It was really cool because I got to have interesting conversations with them.”

Elizabeth Chung said the opportunity to meet influential people from around the world was a humbling experience.

“It was an honor to represent Pepperdine University and attend that conference,” Elizabeth Chung said. “It was just so refreshing to talk to people who do incredible things in their daily lives but also just have a meal with them just share day-to-day life stories.”

Sandlin said she would encourage others to seek out similar experiences to hers at the National Prayer Breakfast.

“Pepperdine is amazing at letting us go to things like this,” Sandlin said. “Seeking leadership opportunities outside of campus can be really instrumental in challenging ourselves and pushing ourselves outside our own comfort zone.”

At Pepperdine, Elizabeth Chung said she hopes to bring back lessons she learned from listening to the speakers.

“I think the biggest thing that I decided to apply to my life is really to invest in my relationships,” Elizabeth Chung said. “Whether it is through forgiving each other or just being vulnerable with each other, you really need to deepen your relationships in order to forgive.”

Esther Chung said she plans to nominate other students so that Pepperdine can be continued to be represented on a national level.

“I would actually really love to see more Pepperdine students go to these types of events,” Esther Chung said. “I think Pepperdine can actually bring in more diversity to the National Student Leadership Forum because [the Forum] can be very niche.”

Esther Chung said she observed that generations of families are continually invited to attend the conference.

“I think Pepperdine can bring a lot of different perspectives and a lot of diversity into those groups,” Esther Chung said.