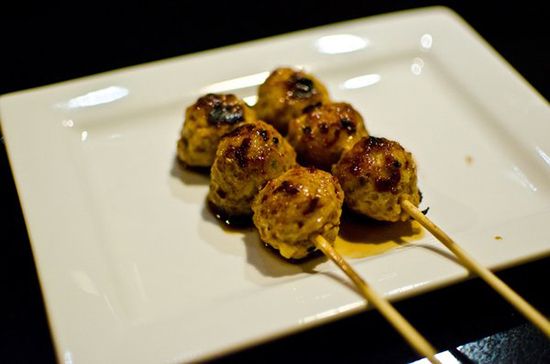 Located on one of the busiest streets in the Westwood area on Santa Monica Boulevard, Nanbankan is a Japanese restaurant that specializes in serving its cuisine tapas-style. Its menu boasts an extensive variety of options, with most dishes presented in smaller portions. Though there are larger portions available as well, the majority of the Nanbankan menu consists of a variation of meat placed on skewers.

What makes this meal different from the typical presentation of chicken, beef and pork is the fact that there are multiple parts of each kind of meat available, from chicken gizzards to beef tongue to pork belly. Though they are almost all served in small portions, this makes for a potentially very versatile dining experience.

The layout of the restaurant itself is not expansive, so on a Saturday night the atmosphere was lively and bustling. Upon being seated, we were greeted by friendly service and a little bowl of vegetables and dipping sauce. The menu seemed a tad overwhelming at first, but after asking for recommendations, we chose a minimal number of items to start.

We decided on a small baked potato, bell peppers and chicken meatballs, all served in tapas fashion ($2.50 to $4 each). It is safe to say that the vegetables are nothing more than standard and therefore not worth the almost-$3-including-tax price tag with which they come. The chicken meatballs were a pleasant surprise for our palettes; they came marinated in a unique fusion of tastes, including a familiar teriyaki and soy sauce. While the chicken meatballs were the highlight of the meal, they were miniscule in size and again may not be worth the $4 for six little meatballs. Nevertheless, there are still more affordable options like the soburi don, which is essentially a rice bowl with ground chicken on top. This $7 bowl also comes with miso soup, which made for the most filling part of the dinner.

Although the food came out sporadically — a friend was left without food for a good portion of the meal — the service was impressive in that they were friendly, checked up on us often and were open to offering suggestions.

There is valet parking in addition to street meter parking (which is free after 8 p.m.). If you are looking to eat well and are unafraid to splurge a little, look out for the red-lit signs proclaiming “Nanbankan Steakhouse” on Santa Monica Boulevard and try out some Japanese Barbecue. This restaurant is located on 11330 Santa Monica Blvd. 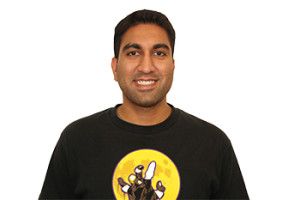 With the chaos of the dreadful midterm season dying down, it’s safe to take a breather and once again indulge in a little...
Copyright 2018 Pepperdine Graphic
Back to top