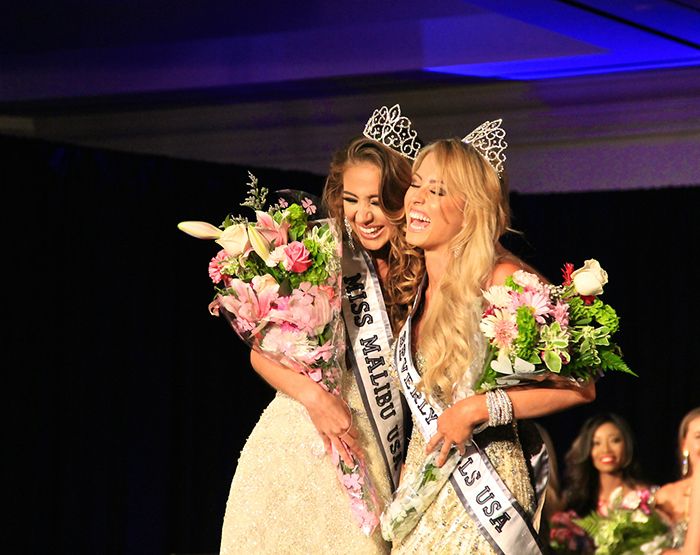 Beauty is a word that can cause a million emotions in any girl at any age. For females, specifically in their early teens to early adulthood, beauty carries a cutthroat connotation. Modern society tends to define beauty by physical attributes: a small waist, a perfect smile, flawless hair … the list goes on and on. It seems as though any woman lacking in any of these departments falls short of the word “beauty.” Beauty pageants generally are known to feature living Barbie dolls that fulfill all of the above listed criteria.

This however is not the case.

Most audiences witness the exterior of the winner of beauty pageants, but what about what’s behind her perfectly polished self? No matter how perfect a woman may seem, even Miss Malibu 2015 winner Nadia Mejia struggles with a distorted body image, she confessed.

“One thing that is really important to me is working with the NEDA (National Eating Disorder Association). I suffered from an eating disorder about a year ago. That was a really tragic time for me, and I know how horrible it feels to not feel good enough about yourself. It is extremely important to me to spread the message of loving your body and the way God made you. We live in a society that is so materialistic, where we have to dress a certain way or look a certain way, but that’s not true. God made each one of us special and we need to embrace that.”

The 2015 Miss Malibu pageant was a true testament to Mejia’s statement. The pageant contestants were of all shapes and sizes. Each woman was unique, but beautiful in her own way.

“We’re not looking for a size zero, but poise and confidence on stage,” said host Tami Farrell and Miss California 2009.

Mejia’s kind demeanor and genuine concern for young girls with eating disorders made her worthy of the crown and title not only because of her outer beauty, but her personality, according to celebrity judge Gretchen Rossi.

Rossi, from The Real Housewives of Orange County, said that a winning feature of any woman is “a toss up between intelligence and heart. Being a good person along with having a great smile tells a lot about a person’s character.”

Miss Malibu 2015 is without a doubt a pageant ahead of its time. In the midst of Los Angles, a media mania where image is everything, the pageant managed to display real women with raw personalities.

Winner Mejia will be competing for Miss California in Jan. 2015 and is scheduled to start filming appearances on Suave Says, a reality show set to air in Feb. 2015.