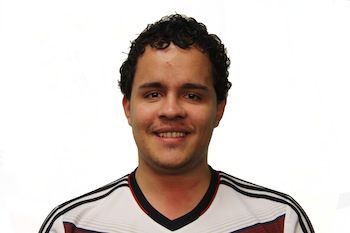 The Inter-Club Council denied the application of Liberty in North Korea’s Pepperdine chapter to become an official club Jan. 8. The club would support the rescue of North Korean refugees from China.

LiNK is a grassroots organization that is dedicated to providing aid and protection to North Korean refugees hiding in China through the use of a modern-day underground railroad through Southeast Asia.

Pepperdine’s LiNK chapter president junior Paul Chung has been trying to make LiNK an official club for the past four years. “We have no freedom,” he said.

According to the official LiNK website, the organization’s mission to rescue refugees is based on the fact that “the people are denied even the most basic rights of free speech, free movement and information freedom, because the ruling elite prioritizes regime survival over all else.”

In North Korea it is illegal for people to leave the country without the government’s permission. North Koreans  also cannot freely travel, speak or share information.

They are also threatened with internment in political prison camps — concentration camps in which people live on starvation rations and are forced into hard labor. Chung, who is the Activities Chair for the Korean Student Association, tried and failed to get Pepperdine’s LiNK chapter — also named “LiNK Rescue Team” — approved by ICC in 2009, 2011, 2012 and 2013.

After Chung took a leave of absence due to personal reasons, the LiNK Rescue Team was absorbed by KSA, a move that Chung did not support: “After that, [LiNK] kind of died out.”

After a year of no LiNK activity, KSA started Korean Culture Night, an annual fundraising event that includes live music and authentic Korean food.The entirety of KCN’s proceeds is donated to LiNK in an effort to help sustain more rescues, Chung said.

According to Intercultural Affairs Director Kari Enge, there are approximately 130 clubs on campus that focus on academic, cultural, athletic, Greek and spiritual goals.

To start a club, students must submit an online application through a database known as “The Vine” and wait for a response from an ICC advisor.

Enge said some “red flags” when clubs are starting are when a group can exist without official recognition, when it goes against the University mission or if it would serve as a danger to students.

The ICC advisory committee, comprised of staff from Student Activities, Campus Recreation, the Chaplain’s Office and Intercultural Affairs made the decision to deny LiNK’s application to become an official club.

Enge wrote in an email that the advisory board denied the application even though they “believe and support the LiNK cause and are extremely proud of [the] students.

“Based on the success that they have had in raising funds and awareness through the KSA organization, we did not believe it warranted the creation of a separate club,” Enge wrote.

This year, after another rejection, Chung said, “The impression I got is that they have limited resources and can only take care of a certain number of clubs. They believe LiNK should be a subcommittee of KSA.”

Chung said he is confused about ICC’s decision. “They seemed very convinced LiNK has a great purpose but for some reason they have continuously rejected LiNK as an individual organization. It’s sad. We completely respect the decision but you have to wonder.”

Vice President of the LiNK Rescue Team Janessa Bokyung Chun said, “LiNK should be authorized as a separate independent organization group because at this point the North Korean issue is only seen as a political issue. However, it’s also a human rights issue.”

Chun, whose grandfather was North Korean, also mentioned that one of the main reasons LiNK should be an official club at Pepperdine is that it has a defined road ahead. “LiNK has a concrete action plan and a way to execute it to positively impact North Korea.”

Chung said Pepperdine is famous for its Social Action and Justice programs, which he said is why he doesn’t understand why there can’t be more than a couple of social activism groups, one of which is International Justice Mission. “Isn’t the purpose of having a student organization having a club around for issues that students care about and act upon?”

Chung believes the LiNK Rescue Team should be separated from KSA because there isn’t enough time, space or manpower. “KSA has a lot of things going on its own, so it’s very difficult for us to do any kind of LiNK operations. Activities don’t happen out of the blue. It takes weeks of prep, weekly meetings, daily work from the E-board members.”

Enge wrote that KSA had been successful in raising awareness for the LiNK cause, and that, “As a result, I see the success of the group only increasing as they maintain their involvement in KSA and mobilize as a committee whose sole charge is to build awareness and raise funds towards this invaluable cause.”

Regarding the future of the LINK Rescue Team, Enge wrote, “We want to discourage having multiple sub-groups of organizations that would best be suited as part of a larger organization, thus promoting an engendering collaboration.”

This year’s denial hasn’t trumped Chung’s spirit. He is the liaison between Pepperdine and LiNK’s headquarters in Torrance, Calif., and was in charge of organizing the first-ever LiNK summit in July. The event will be a 3-day conference hosted by Pepperdine in which there will be a wide range of talks about issues in North Korea as well as LiNK’s future as a global network.