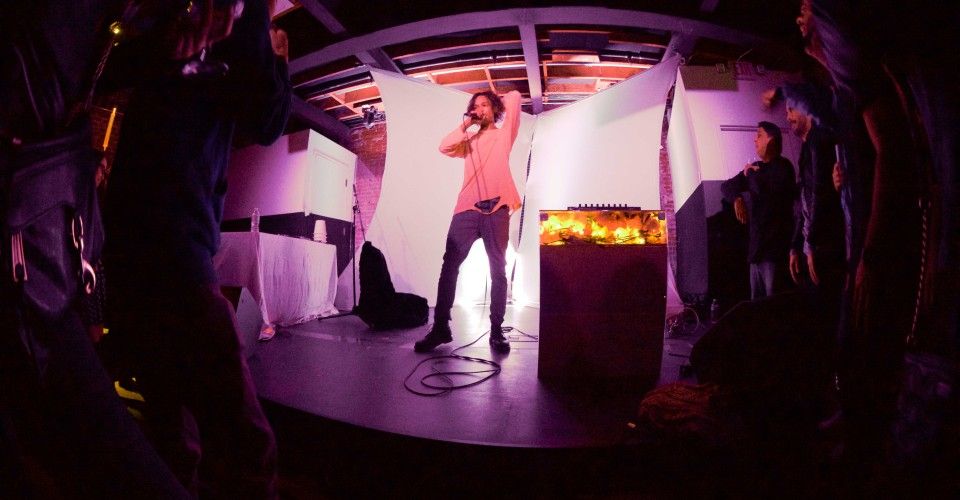 In the heart of LA’s Arts District is the area’s newest and perhaps most eclectic music venue, Resident. Neighbors to Urth Cafe and a garage of old cars and airplane parts, the renovated building hosted it’s grand opening Friday night.

The indoor-outdoor venue is cozy yet sophisticated on the inside — the stage is really more of a platform, making for more intimate concerts, and a glossy bar lines the wall. Complete with cacti and stringed lights for days, the back patio features a beer garden serving drinks out of a retrofitted metallic trailer. Those who rsvp’d on the DoLA app had free entry to the event along with access to the inaugural open bar. No doubt the best fedoras, nose rings and man-ponytails can be spotted on this premises. 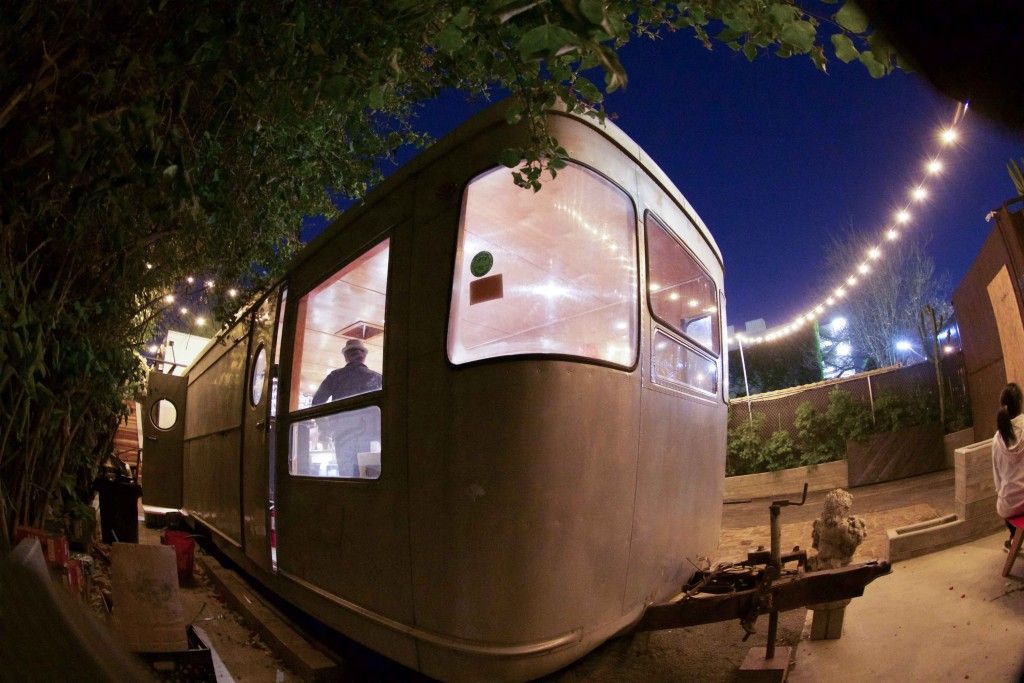 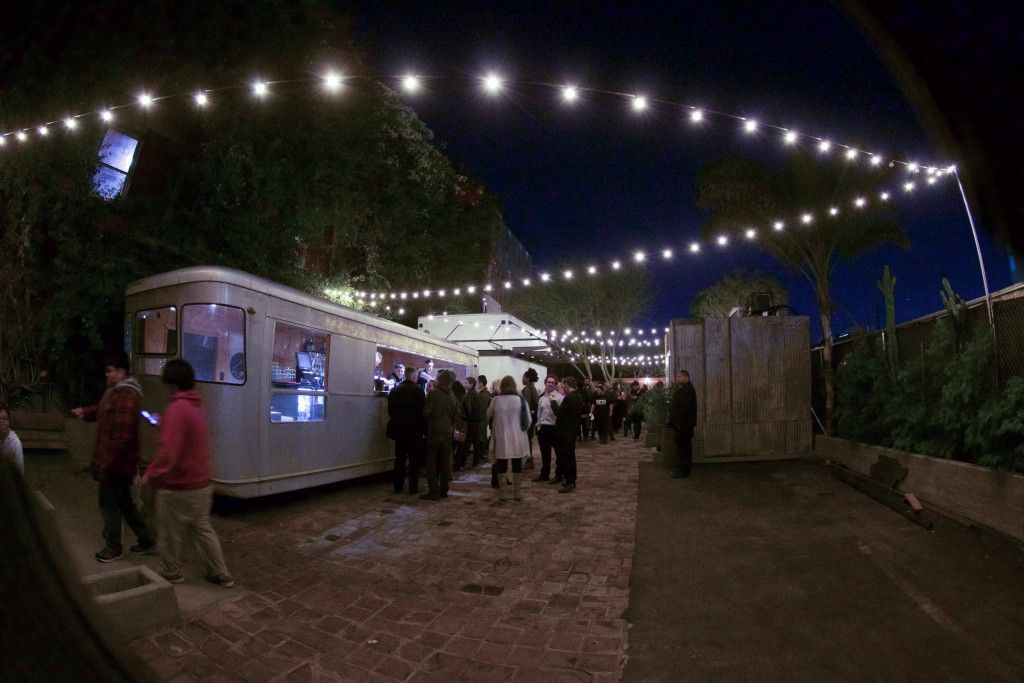 Wes Period and Mystery Skulls were the first to christen Resident’s stage. Rap artist Wes Period, with only one song on Spotify (“Champagne Champion” — it’s amazing) and eight songs on SoundCloud, was gloriously-clad in a black fur coat and rocked a set of bottom grills. 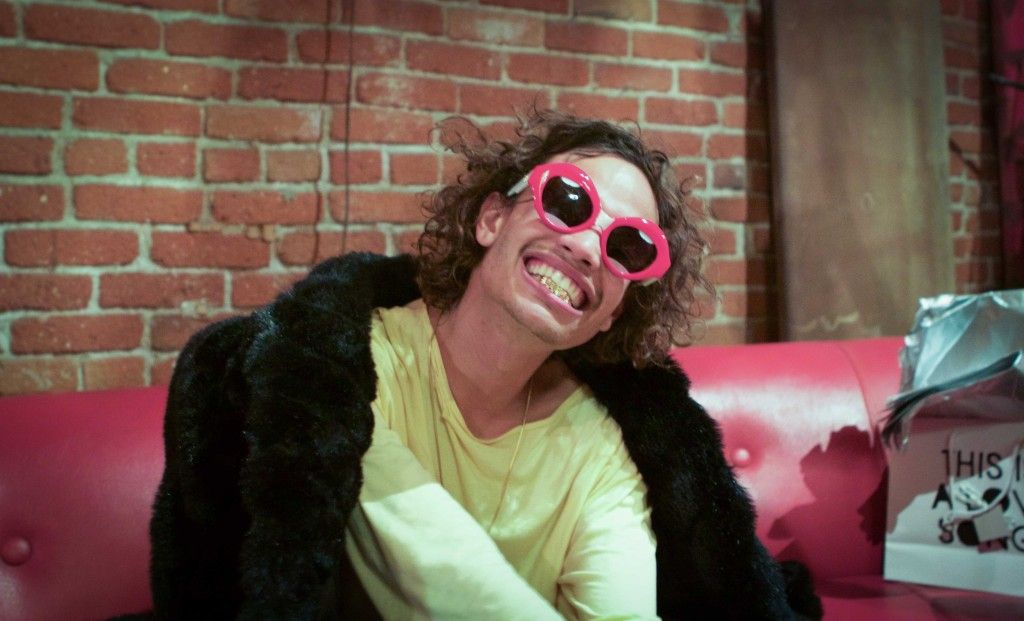 He also rocked his performance, giving the most energy I’ve seen since the kid on Youtube went Super Saiyan. 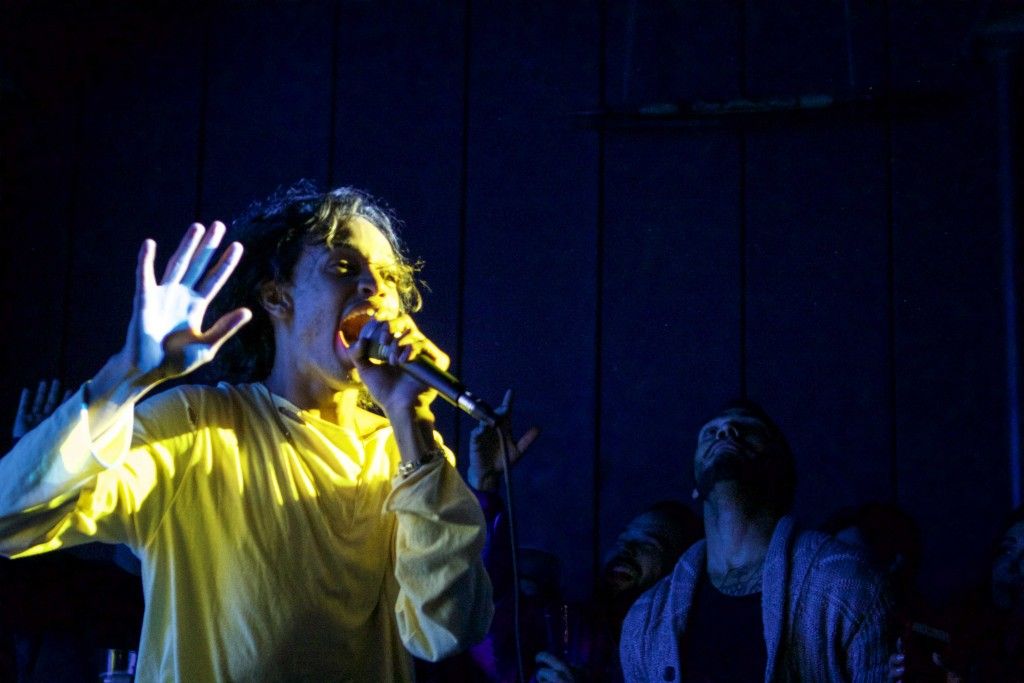 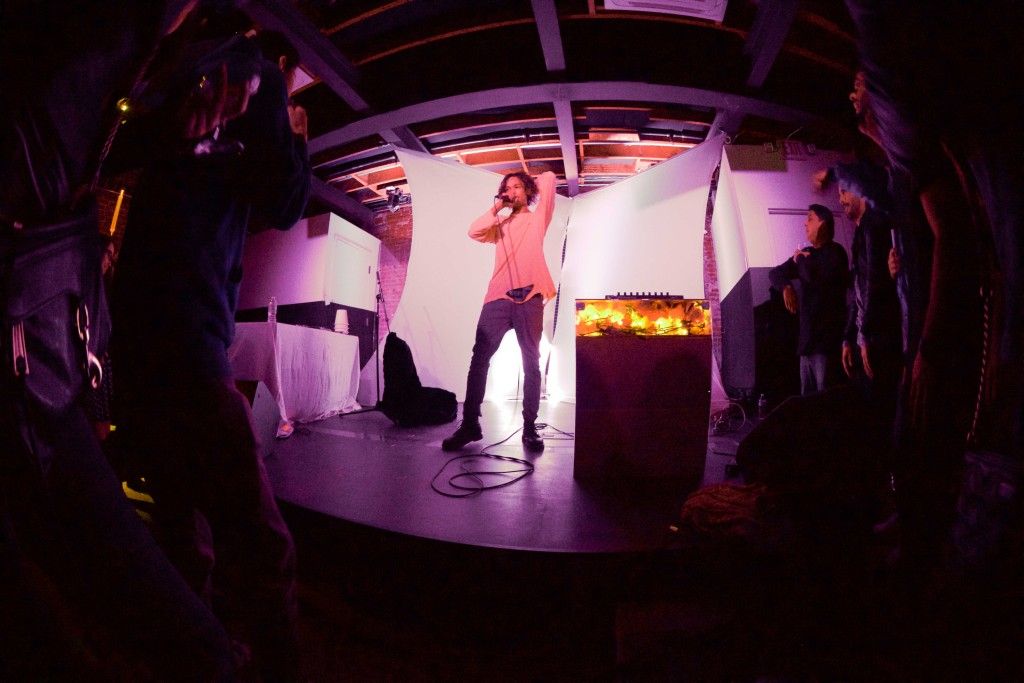 Wes ended his set by dancing on top of a ledge by the bar. 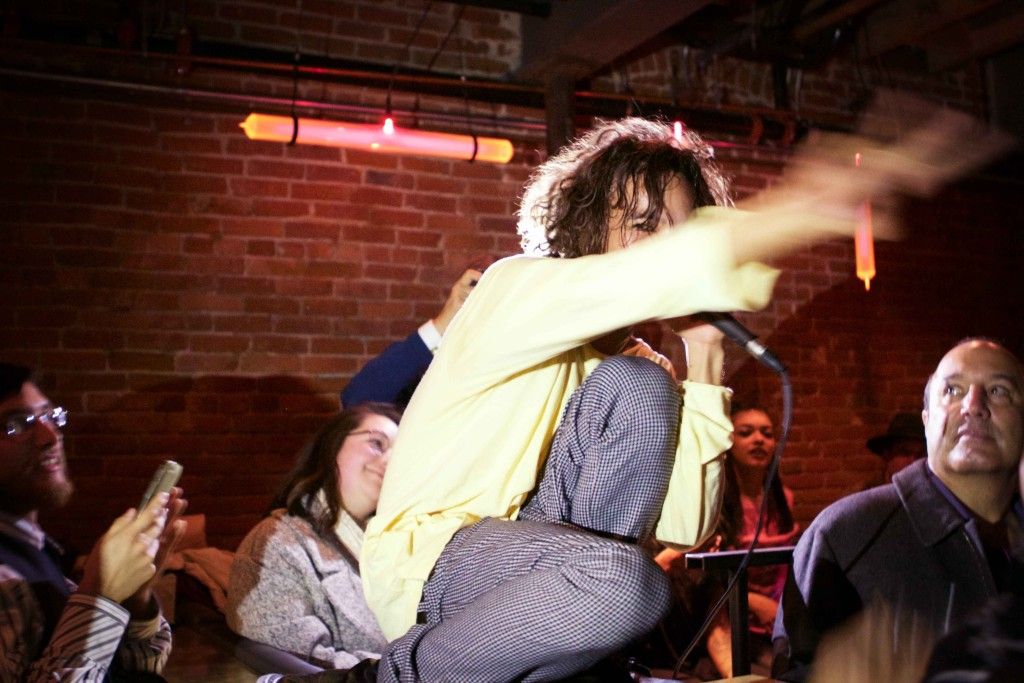 While soft-spoken in person, Luis Dubuc of Mystery Skulls did not fail to get the crowd pumped with his electronic dance music. 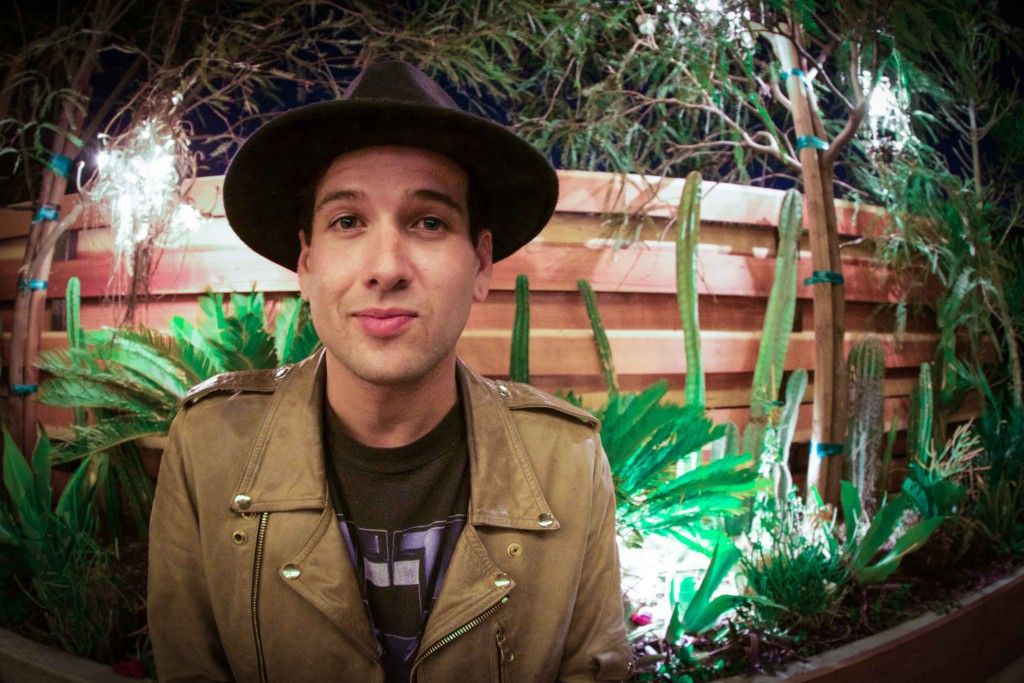 He played off his album “Forever,” released in 2014 along with a whole collection of new music that isn’t in the PD yet. People were dancing pretty hard — at least three of them turned to me and shouted “SO GOOD!” over the music. The whole evening felt like we’d been invited to some high class private party. 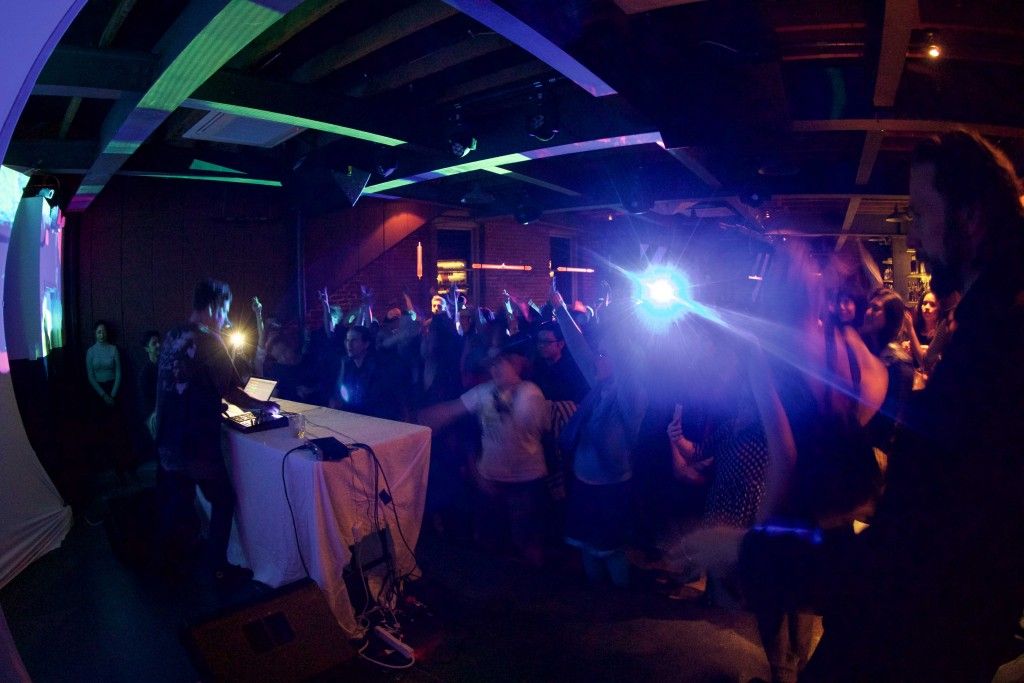 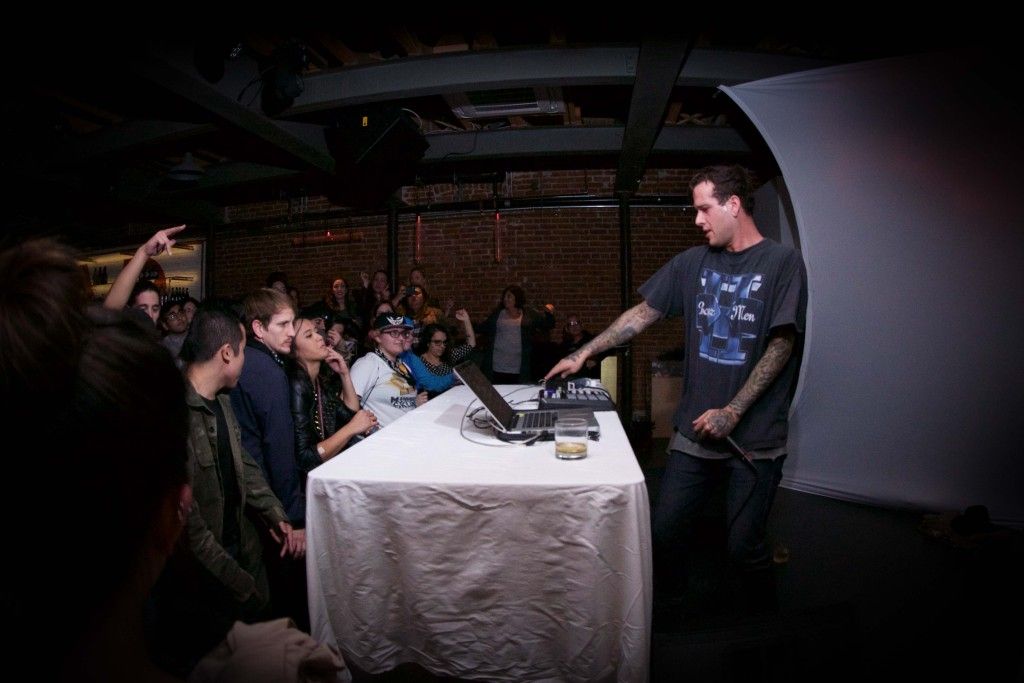 Read my Q&A with Dubuc.

After the set, brand designer and art director Van Jazmin waited to show Dubuc a drawing he had sketched during the concert. He wore a headlamp with a Crayola marker tucked in on each side and carried a sketchbook. LA local Jazmin said he likes to do this at every concert, and sketched a drawing of me as I took his photo. 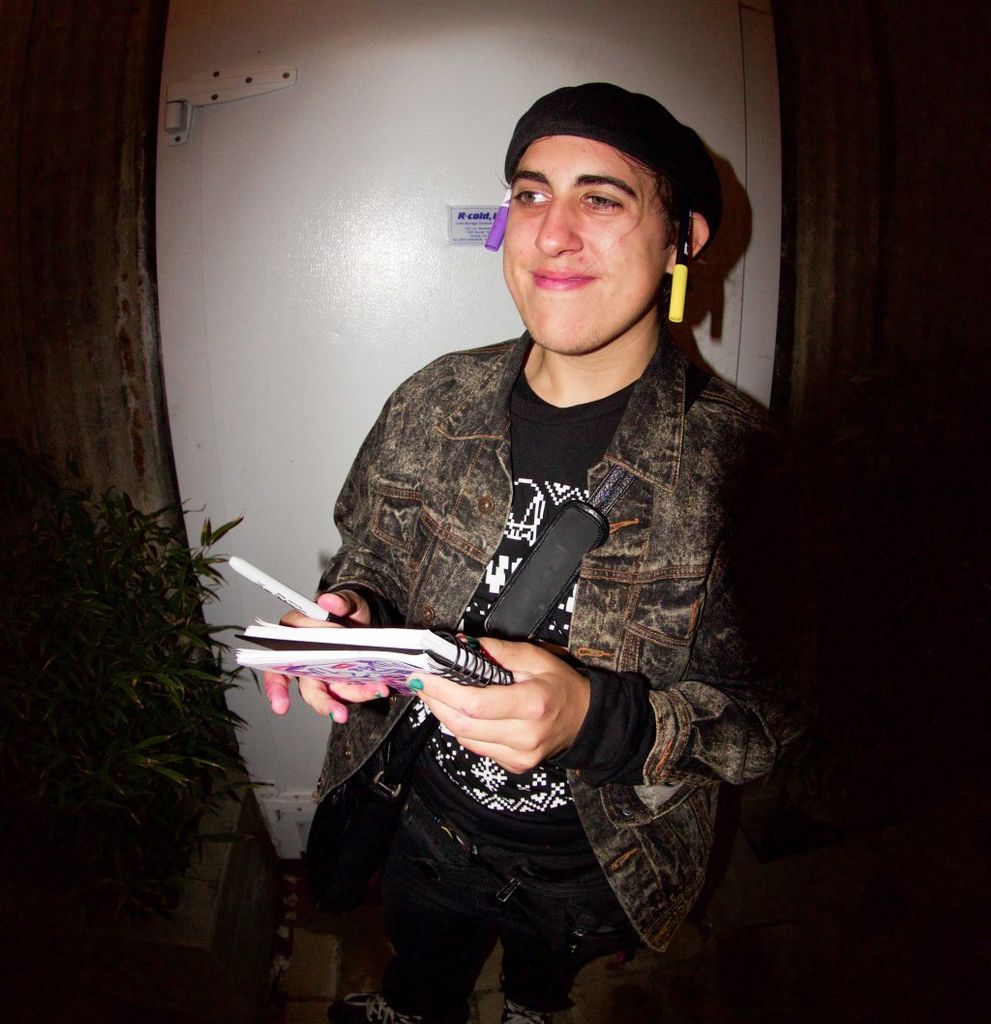 Unlike most music venues, there was no mass exodus after the show ended. And why would there be? They had a DJ and a stellar patio to kick back on. The venue took two and a half years of work, according to Larry Little, one of the owners.

“It’s a ball of emotions,” Little said. “There’s excitement and nerves, but mostly excitement. Tonight is a big night for us.”

Little, who also runs the music management company “Fortress,” mentioned the evening was even more special because he manages both Wes Period and Mystery Skulls.

“The nice part is, I built this place so my bands could play here,” Little said. “Or bands that I like. It’s a small room, a starter room, so I can take chances on people I believe in, and if it doesn’t work out, it doesn’t work out. I don’t have to sweat tickets. It’s more about giving people an opportunity.”

In light of the recent racist comments on Yik Yak, a group of faculty members from the Graduate School of Education and Psychology...
Copyright 2013 Jupiter Premium Magazine Theme
Back to top