Q&A with the Man Behind Mystery Skulls (and His Cats) 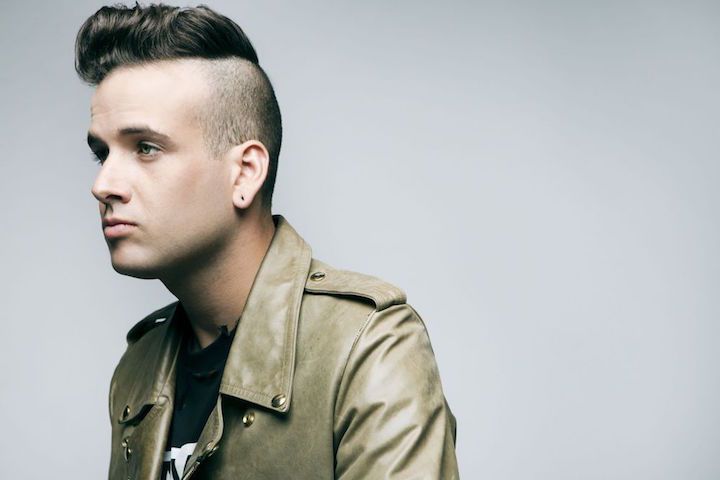 Aside from having a great haircut, Luis Dubuc brings a whole bag of knick knacks to LA’s electronic music scene. Under the stage name, Mystery Skulls, Dubuc’s music is a cross-pollination of good vibes. His 2014 debut album “Forever” is an eclectic mix of funk, disco and soul across the soundboard.

Dubuc recently signed with Warner Bros. Records and just finished up collaborating with pop artists Nile Rogers and Brandy. The well-groomed, electronic Einstein will be playing at the grand opening of LA’s newest music venue, Resident, on Dec. 11. Using finals as an excuse not to see the show is so totally not rock n roll (or electronic dance, for that matter).

Dubuc was happy to answer some questions for the Graphic.

What’s been your favorite venue to play at so far?

I’ll tell you, this last time I went to Spain, I got to play in a cave. I think might have to be the coolest one I’ve ever played. As for LA, I think this Resident show will be awesome. It’s no cave, but it’s pretty special and has a great vibe.

In LA, what are your likes and dislikes of the music scene?

I used to live in Dallas, and it’s quite a different music scene. Sometimes it can be pretty difficult to get support being an electronic musician in Dallas due to the nature of the city and the demographics. So when I moved to Los Angeles, I loved it. I think the people here are really supportive of new music especially. This is definitely the place to be if you’re a new musician.

Coming from a background in metal, how did you arrive at dance music?

I was originally raised in Venezuela, where there wasn’t much music at all besides Michael Jackson tapes. So when my family and I moved to Toronto in the ’90s, that was when I discovered all the genres. The first thing I could ever play was drums, and I wanted to be in a crazy metal band. It was the first band I ever toured with, and it was really cool. There was no money. We got $3 a day, and we slept in the van and on people’s floors.

Every tour after that was amazing. Especially now, getting to travel alone, I really appreciate having something to compare it to. When people are like, “This sucks,” I’m like, “No, dude, getting $3 a day and playing in a public basement for donations, that’s rough.” Definitely what I do now, I love and appreciate.

I’ve always been interested in every genre; I just couldn’t always play every genre. It sort of took me a while to learn every instrument. I started out on drums and then had to teach myself guitar and piano, and then I learned how to program, how to remix songs, how to make beats and stuff.

Have you always been able to sing as well?

No, not necessarily. I had to sort of teach myself. Even when I started singing, I wasn’t very good. I always wanted to be around music, and I didn’t care to what capacity.

Sometimes when I think about Mystery Skulls, I always tell people, “Yeah, it’s part funk like Prince and Michael Jackson, but it’s also one part Metallica and one part Rage Against the Machine. It has a vibe to it, you know? All of that only happened as a culmination of my experiences.

In LA, do the crowds dance to your dance music, or are they more laid back?

It sort of depends on the venue or the night, but most of the people are really cool. But it is definitely funny. On this last tour, I played a lot in the midwest. And in the midwest, everybody at the show doesn’t work at like an entertainment company in Burbank. There’s less inhibitions. So people just go crazy.

So as far as LA people go, nobody is too cool, but you can tell that people are a bit more reserved. When I used to play in Dallas, people would just sort of stare at me. Because if it wasn’t rock music or country, nobody made it. By that comparison, I love it.

Was that discouraging at all?

I suppose at the beginning when I played those kind of shows, it made me want to make better music. Like, “OK, how can I make these people dance?” But then it was really encouraging when I moved to LA. It was like the light switch went on. I found a place where people appreciate this music.

So do you dance to your own dance music?

Absolutely. I’m always jamming. And I’m like the biggest fan of my own music. I’m sure if people could see, it would be ridiculous.

What are some bucket list items you may have? I mean, you’ve already played in a cave, so I don’t know if you can top that.

I have tons. I’ve never played in Japan. I would love to play in New Zealand, Australia, Africa. I want to play Coachella. I’ve been working on some new music, and at the end of it, I literally will have crossed off all of those bucket list items that I have listed to you. But it’s a process, and there’s a lot of things I still want to do, and I feel like I’m hustling daily to do it.

That’s so exciting, though, to go from $3 a day to crossing off all your bucket list items.

Absolutely. And that $3 a day, I don’t think I’ve ever told anyone that before, but it’s real. I was 18 years old, I couldn’t sing, play keyboard, or do anything besides playing some blast beats on insane metal songs. Yeah, it’s definitely come a long way from that.

Are you ever short of creativity?

I’m sort of a super weird person, so I’m sure there is definitely creativity in there all time. On a good day, when you’ve had some coffee and the vibes are right and you feel good, that’s when the best songs come out for me. When I’m quote on quote “riding the wave” of writing a song, I won’t leave the house. I try to stay in and work. And I really enjoy it. It is literally my favorite thing. Sometimes when I go on really long tours, I find it depressing because I like sitting there at the computer and the keyboard with speakers just singing. That’s really nice to me. Sometimes when you’re on tour, there’s no time for that.

I’ll tell you this really interesting thing. When I make all my demos, I title them by date. So, it’s chronological and almost autobiographical. It sounds insane. Yes, it is insane. John Cusack-level insane.

Do you write while on tour?

Even if I can make something on my laptop, there’s something about being in your home space that makes me make better art. I’m not like an artist that can just create art in random places. I have to feel like I’m in a place, if I’m in a transient state, I can’t make art that way. Some people can, and it’s amazing.

Do you have your own little setup at home?

Yeah, I have my little setup. I turn the lights on just right. It’s real.

What about pets? Do you have any?

Absolutely. I have two cats. I have one cat named Nibbler, like the Nibbler from Futurama, and I just adopted a new cat. She’s named Moon Unit, like Frank Zappa’s daughter. Moon Unit is beautiful. I’m chilling with the cats right now. They got a shoutout in the interview. I’m pretty sure if they could understand English, they’d probably be stoked.

If Moon Unit and Nibbler could speak English, too, they would probably tell you to go get tickets right now to see Mystery Skulls in a few weeks at Resident. In the meantime, keep up with Dubuc and his stellar haircuts on Twitter and Facebook. 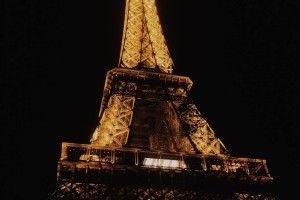 Photo by Shannon HansenIn life, there are times when God becomes visible – when his guiding hand that is leading us along...
Copyright 2013 Jupiter Premium Magazine Theme
Back to top