Moving On From Guilt and Regret 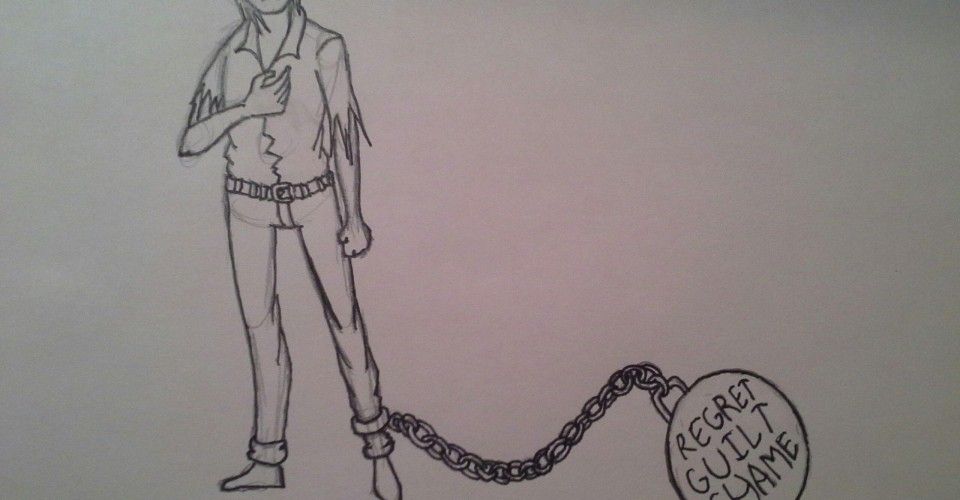 They’re the feeling of your gut clenching over and over again, the feeling of intense discomfort and longing for a rewind button, the way a good day can just dim by that much. Regret and guilt. Ever experience them before?

Before I start, some definitions. Guilt can be categorized as the feeling you get when you purposefully do something wrong, while regret can be easily summed up by replacing the words “I regret” with “I wish,” according to an article by Shelley Webb from The Intentional Caregiver titled “The Difference Between Guilt and Regret” published on Feb. 23, 2011.

I’ll be the first to admit that I tend to feel guilty and regretful a lot, whether it’s for smaller matters like not studying hard enough for a quiz, or for more serious issues like not saying goodbye to my childhood best friend before she moved to Colorado, or not letting my friends know how important they were to me when I was younger.

I know the general trend in our culture today is to “live life with no regrets” but what I’ve realized over the years is that often that’s not only harder said than done, it’s often not the best course of action to take. When we have regrets — when they’re not tied to matters we can’t control, that is — we can utilize that feeling to fuel ourselves in the future. If we lived life not regretting our past decisions, what’s to push us forward? That feeling of regret can be fuel to make sure you make a different choice next time, or try harder. Regret in and of itself isn’t good per se, but what can come from it is.

In the same way that regret can be a push and catalyst for change, so can guilt. As Amy Poehler wrote in her book “Yes Please,” “My friend Louis C.K. likes to say that, ‘guilt is an intersection.’ Getting out of it means making a choice and moving forward.” Guilt is a terrible feeling — that’s what makes it a motivator to change, to apologize, to make sure you don’t feel it again.

Personally, I used the guilt I felt for not being there for my friend to push me to be there for every goodbye. I used the regret I felt from not letting my friends know how much they matter to me by filling my days with I love you’s. (Let’s not talk about the quiz studying.)

The fact of the matter is, it’s OK to feel guilty and it’s okay to feel regret. Feel it, remember what it feels like, and strive to not feel that way about the same issue twice. 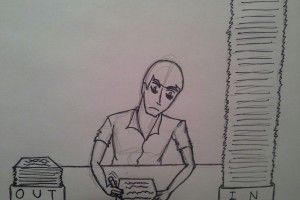 Art by Chris ChenNo one thinks I'm a writer but me. I spend so much time in front of a computer or with my nose in a book,...
Copyright 2013 Jupiter Premium Magazine Theme
Back to top